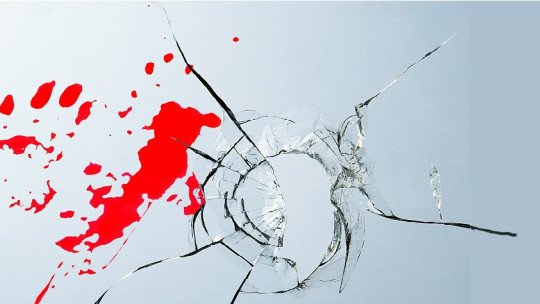 In this day and age, it is not uncommon to hear the term “dangerousness” in news, radio and other media, especially when they talk about issues related to the criminal field.

“Highly dangerous criminal”, “medium dangerous prison” and other concepts and terms are examples of how we hear such terminology on a daily basis, to the extent that we believe we are familiar with it. Despite this, this concept continues to be one of the most misunderstood within criminology as it is often confused with others such as aggressiveness and violence.

In addition, the new forms of criminality that arise with the new times oblige us to review and revise them in depth. In this article we propose to conceptualize the concept of dangerousness, point out its characteristics and explain its importance .

Criminal Danger: Knowing the History of the Concept

The idea of danger is by no means new, however the concept of criminal dangerousness is relatively modern.

Its clearest precedent goes back to the theses of the German author Feuerbach, whose term would become part of the Bavarian Criminal Code in 1800 and who defined it as the quality of a person who makes a well-founded presumption that he will violate the law .

The most modern definition of dangerousness was introduced to criminology by Rafael Garófalo with his fearfulness to designate the constant and active perversity of the offender and the amount of the expected evil to be feared by the offender himself .

The concept, although controversial since then, was quickly accepted until in 1892 the International Union of Penal Law , by the hand of eminent masters of this branch of law such as Von Liszt and Prins, officially recognized it.

Danger, from Latin periculum , refers to the risk, the imminent contingency of some evil happening , being the situation, thing or obstacle that increases the possibility of some harm or damage.

Danger , when we apply it to a person, is the quality of damage that could be caused by him, in view of the factors that impel him to do this damage . The Royal Academy of Language accepts this term referring to a person as one who can cause damage or commit criminal acts.

To make this concept clearer, let us review other definitions given by various authors who are scholars of law and criminology. Rocco defines it as the power, attitude, the suitability, the capacity of the person to be the cause of harmful or dangerous actions. Petrocelli defines it as a set of subjective and objective conditions under whose impulse an individual is likely to commit a socially dangerous or harmful act. The Quillet Encyclopedia says that dangerousness is the set of subjective conditions that authorize a prognosis about an individual’s propensity to commit crimes.

As can be observed, the common elements in the definitions are the potentiality and the intention to be prone to crime . Just as there is a clear difference between aggression and violence, dangerousness is distinguished from the two previous ones in that both terms help us to try to diagnose the latter.

From these components we can recognize four forms of dangerous states .

We will cite and explain below the most important characteristics of dangerousness .

Clinical criminology attempts to explain crime from the point of view of the criminal, his personality, his personal history and the various factors that play a role in his behaviour. It aims to formulate a diagnosis, prognosis and treatment of the subject who commits an antisocial behaviour .

A) To synthesize the different studies carried out on the antisocial subject and to integrate them for a correct criminological synthesis that allows to issue a diagnosis, prognosis and treatment

D) Propose, if necessary, which type of penalty is most convenient for you

F) Estimate the level of danger

Despite the fact that the clinical criminologist is the figure in charge of quantifying the level of danger, it would be impossible to carry out this work without the correct application of various disciplines that provide him with tools of an objective nature on the antisocial subject.

The criminological synthesis must derive from at least seven sciences that together allow a reliable diagnosis to be made and that complement each other in explaining antisocial behaviour. Such sciences are: anthropology, medicine, psychology, sociology, victimology and penology. To these we can add others that allow us to emit other objective criteria about the subject such as: social work, pedagogy, etc.

A practical example to understand the role of each professional

As an example of the interdisciplinary work, we could exemplify with the following case : we have a subject who is accused of theft, the pedagogue emphasizes that an important criminogenic factor is his level of learning itself which turns out to be scarce, he states that this difficulty has repercussions on his few job opportunities, finding in theft the easiest way to make a living. The doctor explains that malnutrition played an important role in the poor development of his brain during the first years of his life, which would explain in part a low IQ that reinforces the idea of his low level of learning; in turn, a psychologist suggests that both conditions, over the years, accentuated levels of insecurity and feelings of inferiority that prevented him from seeking an honest way of life due to the fear of being rejected.

In this way, the criminogenesis of the offender is gradually being uncovered, which in turn allows us to more reliably estimate his level of danger.

Assessment and quantification of criminal dangerousness

The evaluation of the hazardousness is of a qualitative and quantitative nature . The first is appreciated in the detailed and objective study of the antisocial subject’s criminogenic factors, both endogenous (for example, his character and biotype, organic disposition, psychopathologies, etc.) and exogenous (social environment, environmental conditions, culture, educational level, others).

In this sense, it is also extremely important to establish whether the dangerousness of the subject in question is absolute, that is to say, whether his antisocial behaviour develops under the influence of any criminogenic stimuli, or whether we are talking about a relative dangerousness in which the individual only moves on to the act after the influence of specific factors and in very particular circumstances.

On the other hand, the quantitative assessment refers to the value, quantity and size of factors that allow predicting, among other things, the probability of recidivism and the effectiveness of a prison treatment . It is usually classified as minimum, average and maximum, but different authors handle multiple scales based on pre-established items correlated to qualitative dangerousness, trying to point out the greatest number of possible criminogenic factors present in the subject. Examples of such studies are given below.

This raises a number of issues regarding what various scholars of human behavior call the criminogenic threshold, also known as the delinquency threshold, which is defined as the subject’s ability to react to a certain amount of criminogenic stimuli.

It is a single characteristic . Thus, the lower the subject’s criminogenic threshold, the less criminal stimulus he will need to make the move (just as people with a low threshold for pain need a small stimulus to produce it). When comparing personality studies, the individual’s previous criminal record should be added, as well as observing the differences in action between one act and another, since the dangerousness tends to increase in proportion to the complexity of the crime.

For Schied (German author), dangerousness can be quantified on a scale consisting of 15 factors , each of which adds up to a negative point and which in turn is related to the probability of recidivism. Among the factors included by this author, the following stand out: psychopathy, hereditary illnesses, work regularity, legal history, etc.

What’s the point of knowing how dangerous a criminal is?

From a clinical point of view, establishing the level of danger of a criminal has several objectives among which we highlight the following:

1. Establish what the criminological action will be . If it will be prophylactic or only a specific treatment, if it needs a total reintegration work or if the specific criminogenic factors that lead to the criminal behaviour must simply be attended, that is, it allows to make the penitentiary treatment more individualized.

2. To help the judge determine what the criminal reaction is . whether it is worthy of a custodial sentence or a security measure. Whether you need a prison treatment of five years or twenty years.

4. Justify which penitentiary institution is more convenient for you for treatment and if you deserve to be in a penitentiary center or in a low, medium or high danger prison.

5. To give an idea of the damage that can be done against others.

Reflections on the validity of the concept of dangerousness

Due to the enormous complexity of the human personality, despite the various items and methods proposed to try to quantify the danger, there are no 100% objective parameters that allow a reliable diagnosis in this aspect.

Furthermore, among the most pronounced criticisms of the term is the idea that it is stigmatising and prejudicial. Some jurists and psychologists criticize the concept of dangerousness because it limits the study of criminals.

If we reflect carefully, prison is practically useless: it is expensive, it keeps criminals idle, it multiplies their vices, it is just one more punishment, isolation causes abnormalities ranging from neurosis to psychosis and promotes promiscuity.

Unfortunately, today the vast majority of governments still choose to punish criminal intent and the reasoning behind criminal acts , but the proportionality of the crime and the dangerousness of carrying it out are not examined in depth. However, countries that adopt the model of individualized reintegration based on the subject’s criminogenic needs, that take into account the subject’s level of dangerousness and that apply qualitative rather than quantitative punishments have better results and lower recidivism rates.