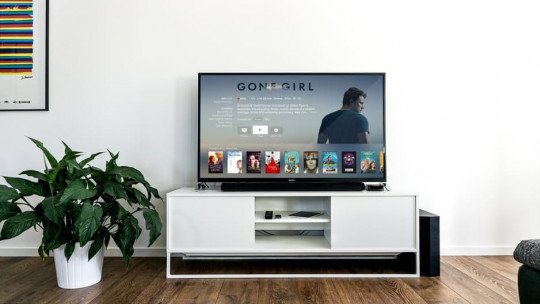 If you’ve ever stopped to think about the hours most people spend watching TV or surfing the Internet each day, you may have asked yourself this question: How does what we see on a screen influence our thinking?

This is one of the questions that the social sciences have tried to answer by means of what is known as Cultivation Theory .

What is Cultivation Theory?

Although its name may be confusing at first, in its origins the Cultivation Theory was basically a theory of communication that served as a starting point for studying the effects that prolonged exposure to television had on the way society is interpreted and imagined .

Specifically, the premise from which the Cultivation Theory operated at the beginning was that the more time one spends watching television, the more one comes to believe that society is as it is reflected on the screen . In other words, the fact of getting used to a certain kind of television content makes us assume that what is being shown to us is representative of the world we live in.

Although it was formulated in the 1970s, today the Crop Theory is still in force, albeit with a small variation. It no longer focuses solely on the effects of television, but also tries to address digital media such as video games and content that can be found on the Internet .

In psychology there is a concept that is very useful to understand what the Cultivation Theory is based on: the vicarage learning, exposed by Albert Bandura at the end of the 70’s through his Social Learning Theory.

This type of learning is, fundamentally, learning by observation; we do not need to carry out an action to judge the results of this and decide whether it is useful or not . We can simply see what others are doing and learn from their successes and errors in an indirect way.

With television, video games and the Internet, the same thing can happen. Through the screen we observe how various characters make decisions and how these decisions translate into good and bad consequences. These processes not only tell us if certain actions are desirable or not, they also communicate aspects about how the universe in which these decisions are made works , and this is where Cultivation Theory comes in.

On the one hand, vicar’s learning makes us put ourselves in the shoes of certain characters and judge their failures and achievements just as we would if they were ours. On the other hand, the fact of having analyzed the results of an action from that person’s point of view makes us draw a conclusion about the functioning of society and the power it has over the individual.

The possible bad influence of television

One of the focuses of attention that has been deepened since the Cultivation Theory is the study of what happens when we see a lot of violent content through the screens . This is a topic that often reaches us through alarmist headlines, for example when we start to explore the biography of adolescent killers and come to the (precipitous) conclusion that they committed their crimes under the influence of a video game or a television series.

But the truth is that the amount of violence to which young people are exposed through a screen is a relevant issue for the behavioral sciences; not in vain are childhood and adolescence stages of life in which one is very sensitive to the subtle teachings that are revealed by the environment .

And, if we assume that television and digital media in general have the power to make viewers act in a “desirable” way, being influenced by awareness campaigns or assuming the normality of homosexuality by watching the series Modern Family, it is also not unreasonable to think that the opposite can happen : that these same media make us more prone to reproduce undesirable behaviour, such as violent actions.

And it is these risky elements, rather than the beneficial potential of the media, that generate the most interest. After all, there is always time to discover the good side of digital media, but the dangers must be detected as soon as possible.

Thus, it is perfectly possible that television and the Internet are leaving a strong mark on the mentality of young people , and the chances that this influence is good are the same that it is bad, since it is not only based on the conclusions that are directly expressed in the dialogues, but it is an implicit learning. It is not necessary for a character to clearly state that he believes in the superiority of white people for it to be assumed through his actions that he is a racist.

However, it would be a mistake to assume that according to the Cultivation Theory television violence makes us more violent . The effect that this would have would be, in any case, to assume in a more or less unconscious way the idea that violence is an essential and very common component in society (or in a certain type of society).

This can make us start to be more violent because “everyone else is doing it”, but it can also have the opposite effect: because we believe that most people are aggressive, we feel good about not having the need to hurt others and about standing out in that respect, which makes us more resistant to falling into that kind of behaviour.

The Cultivation Theory is not based on an absolute and spectacular affirmation of the style of “seeing many racist people on television makes one begin to discriminate against blacks”, but it is based on a much more subtle and humble idea: that exposing ourselves to certain media causes us to confuse social reality with the society shown in those media .

This phenomenon can involve many risks, but also opportunities; that depends on many other variables related to the characteristics of the viewers and the transmitted content in question.