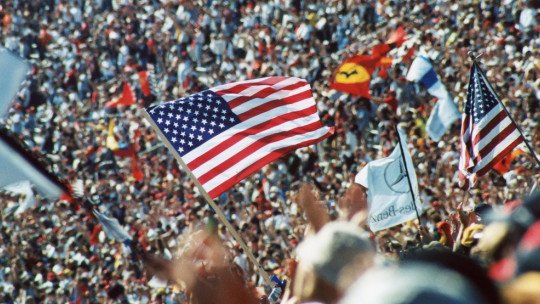 The concept of cultural identity has allowed us to think about how we come to recognize ourselves as competent subjects of dynamics and relationships based on specific values, customs and traditions.

In this article we briefly explain what cultural identity is , and how this concept has been used to understand various psychological and social phenomena.

What is cultural identity?

Studies on cultural identity date back to the 18th century, that is, to the beginnings of anthropology as a social science . They have followed a very diverse path and have been modified according to the transformations in the definition of the concept of “identity” and also that of “culture”.

Without the intention of answering these questions in detail, but to explain more precisely what the concept of “cultural identity” refers to, in this article we will define, on the one hand, the term “identity”, and on the other, “culture”.

Identity has been understood in very different ways within the social sciences. There are perspectives that from the most traditional psychology propose that identity is an individual fact, which is fixed in a total, natural and fixed way, with particularities that are proper to each individual .

On the contrary, the more classical proposals of sociology speak of identity as the effect of a series of norms and guidelines that people simply reproduce and put into practice. On the other hand, the most contemporary proposals of the social sciences tell us that identity is not a fact, but a process , with which, there is not a beginning and an end that take place in determined vital cycles.

In other words, the most contemporary theories on identity take a distance from psychology by considering that it is a process mediated by the influences of the environment; and they also pose a distance from sociology by considering that we people do not limit ourselves to reproducing these influences of the environment, but that we interpret them, choose them, create projects with them, etc.

Likewise, identity is thought of as the product of establishing a difference, either complementary or antagonistic. That is, the result of recognizing oneself with characteristics common to a given group, which are at the same time different from the characteristics of other individuals and groups. It is a difference that we establish in order to generate a certainty about what we individually and collectively are .

The concept of culture has been understood and used in very different ways that can be traced back to the American and European intellectual context of the 18th century. In its origins, the concept of culture was closely related to that of civilization , referring to all those qualities that are recognized as necessary for a member to be considered competent in a society.

Culture is subsequently understood as the set of tools, activities, attitudes and forms of organization that enable people to meet their needs. For example, from small tasks to social institutions and economic distribution. Already in the 19th century culture began to be understood in relation to the intellect , as a series of ideas that are reflected in patterns of behaviour that the members of a society acquire and share through instruction or imitation. From this point on, culture also began to be understood in relation to the arts, religions, customs and values.

After the intellect, the concept of culture is also understood in a humanistic sense that is closely related to individual development, both on an intellectual and spiritual level, which is combined with the activities and interests of a particular community. In this same sense, and on a par with the development of science, culture is understood as a collective discourse, which is symbolic and which articulates values with knowledge.

Finally, and in view of the evident multiplicity of ways of understanding “culture”, there is no choice but to start thinking that there is not a single manifestation of it, thus generating a new understanding of the same concept. Culture is then understood from the diversity of worldviews and behaviours , including the lifestyles and attitudes that are part of different communities around the world.

In this context, the recognition of cultural diversity was confronted with some reminiscences of the old relationship between culture and civilization, with some cultures being understood as superior and others as inferior. Not only that, but culture became established in opposition to nature, and even as an obstacle to economic development, especially when it is brought into the realm of territorial management.

In short, culture is understood in operational terms as the set of traits that distinguish a social group (which share the same group). These traits are understood as socially acquired and can be spiritual, material or emotional. They may also be lifestyles, artistic expressions and forms of knowledge , values, beliefs and traditions.

The traits that are considered to be characteristic of a culture because they are socially acquired, and because they serve as the hallmark of a group, are elements that give rise to an identity. That is to say, a process of recognition of oneself before the frameworks of interaction that belong to the social group to which we belong.

These are frameworks that offer us reference and identification schemes in accordance with the values of the group itself; and that offer us certainty about the links and about our role in the community. In addition, cultural identity gives us a series of historical and physical references about our place in the social group .

For example, the possibilities of recognizing ourselves as women or men, or as people who belong to one class or another, may be different between different cultures. The same is true for the identity that corresponds to specific functions and institutions, such as being students, teachers, friends, siblings, relatives, etc.

All these features give shape to different identity dimensions that coexist and shape the process through which we generate a perception and appreciation of ourselves, our group, and others.