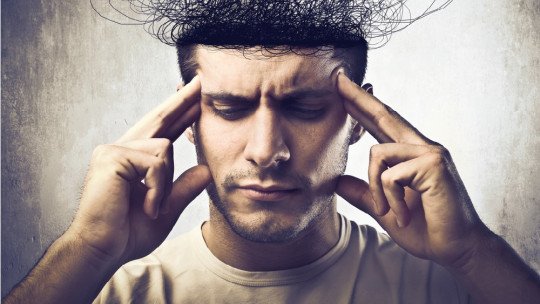 How do we explain the things that happen to us in everyday life? Well, that depends on a multiplicity of factors, the recipe has a few ingredients.

First of all we have our genetic endowment, which functions as a floor and a ceiling for all our possibilities. Genes are an inheritance that cannot be modified, but there is something that we do have power over: our thoughts and, by extension, the way we think about what happens to us.

Genes: the fixed part of us

Genes, of course, condition us, they are at the base of all our virtues, but also of our defects . For practical purposes, they function as a set of guidelines or instructions that predispose us to develop in one direction or another.

But of course, that’s not the end of it. Genes are permanently influenced and shaped by the environment. Within it, we have the culture in which we are immersed, the type and quality of upbringing we have received, as well as the personality characteristics and relational style of our own parents.

The school we attended, our classmates and childhood friends, each of the different experiences, both good and bad, that we went through as we grew up, interact with our genes and do their bit to make us who we finally are.

How we feel, how we behave and relate to the world, depends on the cocktail end of all these different elements that are mixed together.

Those that cannot be changed

Of course, there is not much we can do about these factors . The biological parents who touched us in luck are immutable, this means that we cannot change them for others, nor can we do anything to improve them, if that were our wish.

The same applies to the genes that hit us in the lottery of life and to every fact we experience during our childhood and adolescence; the time machine that allows us to travel to the past to make changes that are convenient for us has not been invented and it seems that it will not be invented either.

But there are other variables on which we have a greater influence, such as our thoughts, in the here and now, in the present moment, and I assure whoever is reading these lines at this moment, that thoughts play a crucial role in the way we see and interpret the world .

Most of the time we make the mistake of believing that our thoughts are reality itself, and it is easy to fall into such a mistake for a couple of reasons.

Firstly, thoughts constitute an invisible process . They cannot be seen, they cannot be touched and many times we are not even aware that we are thinking. But we do; in fact, we think all the time, and although we may not be aware of it, everything that passes through our brain has a direct influence on how we feel, and consequently, how we act.

We must also take into account that our thoughts occur precisely within our brain, they are ours, they are our own, they are trapped inside our head, therefore, we cannot compare them with the thoughts of others. Being isolated, it is simple that they end up becoming our most absolute truth .

The invisible process of thinking

Everything we think stands in our reality without us noticing it; we end up homologating what happens inside our mind with what happens outside .

The case of the plane

We are flying in a commercial plane at 10,000 meters when, suddenly, the ship enters an area of turbulence. Since we don’t have much experience travelling, the first thing we think is: “My God, the plane is going to fall and we’re all going to die. Oh no… I’m going to die, I’m going to die…!”

Under that thought (and I insist, it is only a thought, which does not necessarily have to adjust to reality) it is highly probable that fear will take hold of us . We will experience tachycardia, trembling all over the body, possibly uncontrollable anguish and the feeling that we are going to faint from one moment to the next. In short, the experience will be extremely unpleasant.

On the other hand, if in the same context we think: “Well, we enter into turbulence. Hopefully it will pass soon and they will serve dinner”; I think it is not necessary to explain that both our emotions and the consequent physiological response will be very different.

The following chart is intended to show the sequence of steps you may experience in either case:

The Case of the Appointment

Another case: A woman is left to meet in a cafeteria with a man she has just met on a social network. The guy in question seems nice, and the times they exchanged messages were cordial and intelligent, just as she likes them. A good match, no doubt.

However, 20 minutes after she occupies a table, at the appointed time, there is no news or trace of him. Then she thinks: “I should have imagined it, he doesn’t like me, and clearly he didn’t dare when I invited him to see us”.

Another option might be: “What a guy, he turned out to be disrespectful after all. But who does he think he is to keep me waiting like this…?”

In the first case, the woman will no doubt feel depressed, hopeless, or both. She may even cry for several days, and her thoughts will go on for quite some time along the same lines: “I am horrible, I am worthless as a person, no one will ever love me. In the second case, she will be upset, angry, and probably have bursts of temper when talking to other people.

But the truth is, the woman on the date, faced with the delay of her potential Prince Charming, might also think: “It’s a fact: he’s going to be late. Maybe it would have been better to meet him at a coffee shop closer to his home, to get here he has to go through half the city”. This is what lawyers call “presumption of innocence”. In other words, it is desirable that we always try to orient our thoughts under the premise that no one is guilty , until proven otherwise.

The case of the wallet

An old man forgets his wallet on the counter of a pharmacy where he went to buy a medicine for hypertension. The next day he misplaces his glasses, and to make matters worse, his wife tells him as he passes by that she has been very distracted lately. The man then remembers that his mother suffered from Alzheimer’s disease.

“I have Alzheimer’s. I inherited it…” he thinks. “These are the first symptoms, that’s how she started,” she remembers.

He can’t sleep that night. He keeps thinking over and over again about the fate that he thinks awaits him. Obsessed with the idea, he begins to interpret every little oversight he has in his daily life as a symptom of the disease. Preoccupied, self-absorbed by his own dark imaginings, he stops paying attention to what other people are telling him, which in turn leads some to tell him that they see him as lost, disconnected from the world. And that is when the protagonist of this hypothetical case enters into a crisis and, in desperation, calls his doctor for an urgent interview.

Of course, if the old man had thought, “I’ve been under a lot of stress lately, and that’s why I don’t pay enough attention to the things I do, I’d better find a way to relax a bit,” then surely another one would be the epilogue.

Another example: the new office colleague who joined the company last week walks past him in one of the corridors of the premises on any given morning and fails to say hello. You have two options:

The transformative power of thought

If we think that our partner is rude, then we will probably feel ignored and annoyed, and henceforth badly predisposed towards him, which will in turn make this partner start to be unpleasant. I insist once again: a characteristic error of human beings is to confuse their own thoughts with reality .

What we’re thinking is just that, a thought. But reality is something that happens beyond our brains. And this is vitally important, because what we think can determine how we feel and what we will do accordingly.