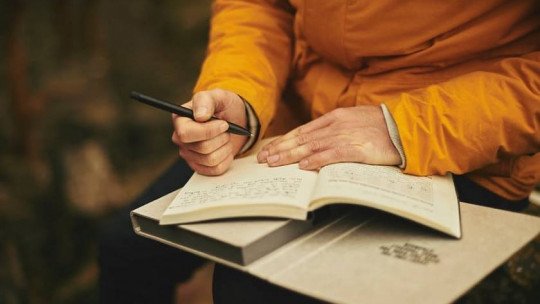 The education system is often criticized for placing too much emphasis on subjects that are considered irrelevant and at the same time omitting essential content. For example, one may think that novels that are compulsory reading in high schools do not manage to connect well with young students, as they are old and not set in the present.

This type of criticism connects with one of the most important theories of constructivist psychology: David Ausubel’s Theory of Significant Learning .

Who was David Ausubel?

David Paul Ausubel was a psychologist and pedagogue born in 1918 who became one of the great references of constructivist psychology. As such, placed great emphasis on elaborating the teaching from the knowledge that the student has .

In other words, the first step in the task of teaching should be to find out what the student knows in order to know the logic behind his way of thinking and acting accordingly.

In this way, for Ausuel, teaching was a process by which the student is helped to continue increasing and perfecting the knowledge he already has , instead of imposing on him an agenda that must be memorized. Education could not be a one-sided transmission of data.

The idea of meaningful learning with which Ausubel worked is the following: true knowledge can only be born when new content has meaning in the light of the knowledge already held.

In other words, learning means that the new learnings connect with the previous ones; not because they are the same, but because they have to do with them in a way that creates a new meaning.

Therefore the new knowledge fits in with the old knowledge, but the latter, at the same time, is reconfigured by the former . In other words, neither the new learning is assimilated in the literal way in which it appears in the curricula, nor the old knowledge remains unaltered. In turn, the new assimilated information makes previous knowledge more stable and complete.

The Theory of Assimilation

The Assimilation Theory allows us to understand the fundamental pillar of significant learning: how new knowledge is integrated into old knowledge .

Assimilation occurs when new information is integrated into a more general cognitive structure, so that there is a continuity between them and one serves as an expansion of the other.

For example, if you know the Lamarck Theory, so that you already understand a model of evolution, then it is easier to understand the Theory of Biological Evolution inherited from Darwinism.

But the process of meaningful learning does not end there. At the beginning, every time you want to remember new information, you can do it as if it were a separate entity from the more general cognitive framework in which it is integrated. However, with the passage of time both contents merge into one , so that it is no longer possible to evoke only one by understanding it as a separate entity from the other.

In a way, the new knowledge that was learned at the beginning is forgotten as such, and in its place appears a set of information that is qualitatively different. This process of forgetting is called by Ausub the “obliterating assimilation” .

What is not significant learning?

To better understand David Ausubel’s concept of meaningful learning, it may help to know what it consists of or the opposite version: mechanical learning, also called rote learning by this same researcher.

It is a concept very much linked to passive learning , which often occurs even unintentionally because of simple exposure to repeated concepts that leave their mark on our brain.

In rote learning, new contents are accumulated in the memory without being linked to the old knowledge by means of meaning.

This kind of learning is different from meaningful learning not only because it does not help to expand real knowledge, but also because new information is more volatile and easier to forget.

For example, learning the names of the Autonomous Communities in Spain by memorizing the words on a list is an example of rote learning.

However, machine learning is not useless as a whole , but it does make sense at certain stages of development to learn certain data. However, it is insufficient to generate complex and elaborate knowledge.

Meaningful learning is opposed to the previous type, fundamentally, because for it to occur it is necessary to actively seek a personal link between the contents we learn and those we have already learned. However, in this process there is room to find different nuances.David Ausubel distinguishes between three kinds of significant learning:

This is the most basic form of learning. In it, the person gives meaning to symbols by associating them with that concrete and objective part of reality to which they refer, resorting to easily available concepts.

This type of meaningful learning is similar to the previous one and relies on it to exist, so that both complement and “fit” each other. However, there is a difference between the two.

In concept learning, instead of associating a symbol with a concrete and objective object, it is related to an abstract idea , something that in most cases has a very personal meaning, accessible only from our own personal experiences, something that we have lived and nobody else.

For example, to get to internalize the idea of what a hyena is, it is necessary to develop an idea of “hygenicity” that allows these animals to be differentiated from dogs, lions, etc. If we have previously seen a hyena in a documentary but were unable to differentiate it from a large dog, that concept will not exist, whereas a person familiar with dogs will probably be aware of those significant anatomical and behavioural differences and will be able to create that concept as a separate category from dogs.

In this learning, knowledge arises from the logical combination of concepts . For this reason, it constitutes the most elaborate form of significant learning, and from it one is able to make very complex scientific, mathematical and philosophical assessments. Since it is a type of learning that demands more effort, it is carried out voluntarily and consciously.Of course, it makes use of the two previous types of significant learning.