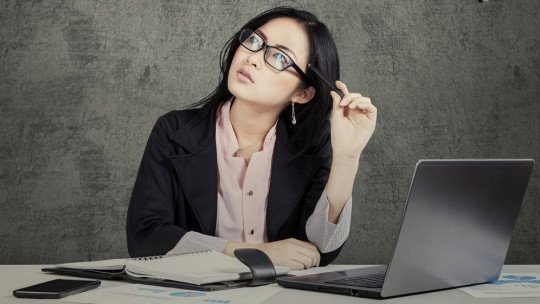 Are we as much in control of our decisions as we believe, or do we allow ourselves to be carried away by what is already given to us on many more occasions than we believe?

Although we may not be aware of it, on many occasions our ability to choose is influenced by external agents of which we are not the least aware. This is what happens with the default effect . Throughout this article we will clarify what this dynamic of thought consists of, as well as what are the causes and how we can take advantage of it for our own benefit.

What is the default effect?

The default effect or “default effect” is a theory associated with consumer psychology that states that in a situation or context in which we have to make a choice it is much more likely that we will stay with the one that is marked or selected by default.

The reason for this fact is to think about which choice to make is an energy expense that people tend to avoid , so it is much more likely that we will opt for that choice in which we do not have to do anything. That is, the one that is already marked by default. Hence the name “default”.

As expected, companies and organizations are aware of this fact so they take advantage of these dynamics of thought to guide our behavior in the way they achieve maximum benefits.

An example of this phenomenon

A valid example would be that when we register on a website, the box “Yes, I want to receive information” is checked by default. According to the default effect, the most probable fact is that we unconsciously accept all the terms and conditions that are marked by default. This is why on many occasions we find ourselves receiving advertising from a number of companies that we do not remember having visited or accepted.

Compared to other tricks used in consumer psychology to guide our behavior, the default effect is much more imperceptible, but still is highly effective in manipulating our behavior .

This type of manipulation may not seem too considerable at first, since receiving advertising on time is relatively unobtrusive and easy to solve. However, the people in charge of designing these kinds of questionnaires and processes have a greater power than we imagine, since they make a series of decisions for us that we do not even notice.

If we take into account that the vast majority of consumers never change the default settings of both computers and mobile phones, nor do they stop to read carefully the conditions or small boxes when filling out a series of forms (both online and on paper), we will discover that someone somewhere made these decisions for us.

Another example that may have some impact is that, in countries such as Spain, Portugal or Austria, when a person registers for a driving licence the option of becoming an organ donor appears by default, so if the person does not register and does not want to be an organ donor, he or she will have volunteered without being aware of it . In this way, companies, organizations and governments predetermine our decisions.

Economist Richard Thaler and legal researcher Cass Sunstein wrote in their book about the implications of consumer psychology on human behavior that the list of areas where we are influenced by the default effect is much broader, ranging from the issues mentioned above to the order of items on a menu or the default temperature of workplace thermostats.

Therefore, the default effect is not only associated with consumption, but also with the intention that we follow some steps determined according to the interests of some organizations that, all said and done, do not always have to be harmful or prejudicial.

How does it influence us?

Under the influence of the default effect there are a number of psychological procedures that make this possible . These psychological processes help us to better understand how it acts in our mind and why it affects us so often.

The origins of the default effect lie in the following causes.

Our mind assumes the idea that if an option is given by default it’s because it’s actually the best one. This fact conditions our perception of what we choose.

As we mentioned before, thinking about a choice implies a cognitive impairment that people tend to save unconsciously. Therefore, we usually leave what is preestablished as it is.

Leaving the option “I don’t want to be an organ donor” marked does not carry the same moral weight as having to mark it for ourselves. If the default option is the opposite, removing it will cause us to experience slight distress and guilt.

When we reject an already marked election in favour of another, we may be risking a series of changes that we do not know about. Therefore, there is a high probability that we will remain in a conservative attitude and leave everything as it is.

The default option tends to be the reference point when comparing the other alternatives and will always be seen as more attractive. Therefore changing your mind can be perceived as a loss of something good or positive.

How is this effect applied?

As we have seen throughout the article, there are many areas in which the default effect can be exploited. However, not all of them have to be virtual or have as an objective the economic issue .

A real and very striking example is the following. The administration of a New York City high school was really concerned about the low consumption of healthy foods, such as fruits and vegetables, in the school cafeteria.

In view of this fact, they decided to change the location of the salad buffet, which was located on the side against the wall, placing it in the center of the room; thus, the students had to pass by it before going to pay for the meal.

Since the children no longer had to approach the salad bar expressly to pick up their food, and the food was always in sight, the consumption of vegetables increased to the point of tripling .

How can we use it for our benefit?

But not everything is alien in the default effect. We ourselves can use it as a tactic to improve our life habits . If we pre-establish our environment so that it is difficult for us to do those things that are detrimental to our health and easy those that benefit us, our behaviour will end up being conditioned by this distribution.

For example, if we reorganize the pantry so that less healthy foods are farther away from our sight or out of reach, we are less likely to eat them than if they are the first thing we see.

In the same way if we place the mobile applications that distract us the most, such as games or social networks, in a remote location or in a separate folder, we will be much less forced to enter them and waste time every time we pick up the mobile phone.