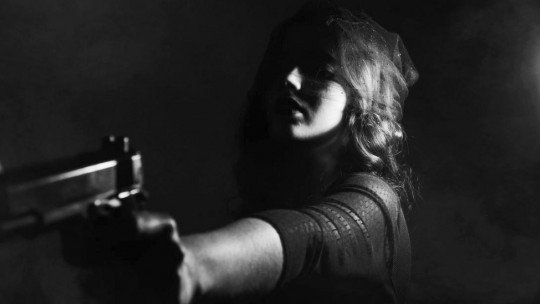 Psychological research has attempted to determine relationships between crime and psychological variables mainly through correlational methods, which pose difficulties in establishing causality because the various possible effects often overlap.

In this article we will analyze theoretical proposals and empirical studies around the relationship of crime with personality and intelligence . However, as we shall see, psychosocial and economic factors seem to have a relatively greater weight in the emergence of antisocial behaviour.

Relationship between crime and personality

Several authors have linked personality traits to crime. It is worth noting Eysenck’s theory of criminal personality , according to which criminal behaviour is due to failures in the acquisition of moral conscience.

This would be developed by conditioning avoidance of punishment and anxiety associated with antisocial behavior.

According to Hans Eysenck, extraverted people have a low level of cortical activation, which leads them to constantly seek stimulation; this may be associated with certain criminal behaviour, such as substance abuse, which in turn encourages antisocial behaviour.

Likewise, the research of this author reveals that the extraverted have more difficulties in conditioning stimuli and responses . Therefore, in these cases the deficits in the conditioning of moral behavior could be explained in part from a biological perspective.

Eysenck theorized that emotionally unstable people also have difficulty with conditioning, as they react intensely and durably to stressful stimuli. Thus, they probably detect to a lesser extent the difference between their normal physiological reactions and those due to aversive conditioning.

The trait that Eysenck labeled as &amp;quot;psychoticism&amp;quot; captures hostile and aggressive behavior at the interpersonal level , so it is not surprising that people with high scores on this temperamental dimension more often commit criminal behavior, which also tends to be more violent and repetitive.

Like extraversion, psychoticism is related to the need for continuous stimulation. Zuckerman proposed that impulsivity and sensation-seeking are more relevant, two characteristics that Eysenck encompasses within this macro-trait.

People with self-control deficits have trouble delaying gratification , i.e. resisting the temptation to get a reinforcement in exchange for getting a different one later. It has been found that juvenile offenders tend to be impulsive, which may be due to deficits in learning reflective behaviour (thinking before acting).

Zuckerman drew attention to this personality trait and popularized its use in various fields. Sensation-seeking, which is associated with extraversion and psychoticism, is defined as the active willingness to experience new emotions and stimuli , even if they involve taking risks.

Empathy is the ability to understand and identify with other people’s emotions and cognitive content. The lack of discrimination of other people’s mental states facilitates the commission of crimes that harm others; the lower the degree of empathy, the less emotional relevance the victim’s suffering has for the person.

How does intelligence influence criminality?

In the past authors such as Lombroso and Goring claimed that criminal behaviour was basically due to cognitive deficits . Moreover, according to the theory of degeneration, “moral weakness” was transmitted and intensified from generation to generation, which in turn explained social classes. Fortunately, these hypotheses have been largely abandoned.

According to the American Psychological Association (APA), the correlation between criminality and IQ is significant but low , approximately -0.2. This indicates that, on average, people who commit crimes are slightly less intelligent than those who do not commit them-or those who commit them and are not caught.

Specifically, it has been found that there is a particularly large number of people who have committed crimes in the range of 80 to 90 IQ points, which corresponds to the intelligence limit, i.e., below the average but not reaching the level of intellectual disability.

However, in these cases the intelligence scores are usually lower in the verbal IQ than in the manipulative IQ , which tends to be normal. More specifically, verbal, visuospatial and visomotor deficits are frequently found; it has been suggested that these results actually indicate mild cognitive deficits due to socio-economic variables

Despite the human tendency to give uniquely internalistic explanations for behavior, the truth is that social and economic conditions are more relevant to the emergence of criminal behavior. Even so, the weight of temperamental and cognitive factors should not be underestimated.

Early personal history is key to explaining crime. Children of parents who mistreat them, neglect their responsibilities , do not develop a secure attachment or use alcohol and drugs are more likely to consolidate antisocial behaviour patterns. The same is true for families with conflicts and many children.

In addition, young people born into neglected families or disadvantaged environments obviously have fewer opportunities to adjust successfully to society (e.g. to find decent work) and to redirect their maladaptive behavioural patterns. This is also influenced by negative modelling by significant people.

Some psychosocial factors that are particularly relevant to delinquency are unemployment and learning difficulties , especially those related to reading. Children with delays in cognitive development and with academic problems are more likely to end up with low IQs and to commit crimes.