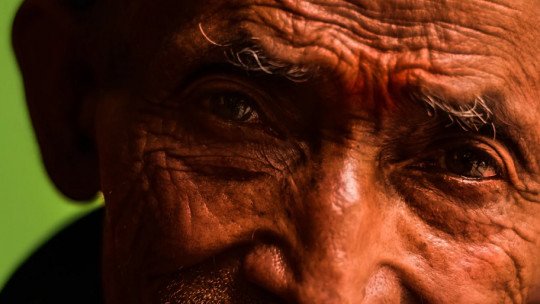 Mental health is something that, fortunately, is receiving an increasing level of attention. Little by little, the population is becoming more aware of the existence of different psychiatric alterations and disorders and of the difficulties they entail, and it is no longer rare to hear of someone with depression or anxiety disorders, and the need to seek professional help in the presence of symptoms .

However, there is still a great social stigma towards mental disorder, especially in cases like schizophrenia, as well as a great fear towards everything it represents.

In some people there is also an excessive, disabling and even pathological fear of suffering a psychiatric disorder, which is colloquially called (although it is a derogatory term, imprecise, which ignores many variables and generates a separation between “healthy” and “clinical” subjects that is not as bipolar as it appears) “going crazy”, or losing one’s mind. This is what happens to people with dementia .

Dementhophobia and its main implications

Also called agaetophobia or maniaphobia, dementia is conceptualized as the phobia of becoming crazy or losing one’s mind. It is a specific phobia that can cause severe limitations in the sufferer’s life. As a phobia, it involves the appearance of an irrational fear that is disproportionate to the danger that a certain stimulus really implies . In general, the fear is usually recognized as excessive by the subject himself.

The exposure to the stimulus itself or the possibility of its appearance triggers a high level of anxiety, which in turn often generates physiological alterations such as sweating, trembling, tachycardia, hyperventilation or even anxiety crises. This anxiety leads to active avoidance or escape from the situation in which the phobic stimulus appears or may appear.

In this case, the fear of “going crazy” implies a high level of anxiety in the face of any situation that generates this possibility or exposure to situations in which the subject may lose control or have diminished capacities, as well as the attachment of his own person to that which is related to the mental disorder (especially if it is severe). This fear of loss of reasoning may be to situations where there is a permanent loss of abilities, but it may also appear to be to situations where the loss is transitory.

As with other phobias, we are talking about a fear that must be disproportionate and irrational. We are not talking about a certain fear of suffering a psychological problem: it is highly doubtful that there is anyone who really wants to suffer a mental disorder, because it is something that in all cases generates great suffering or limitation to those who suffer it. Not to mention disorders that generate cognitive impairment , such as dementia. It is natural to fear to some extent the possibility of suffering a limitation or progressive loss of abilities.

The problem exists at the moment in which this fear generates by itself a limitation in the life of the subject and prevents a normative performance of its day to day, to the point of avoiding certain stimuli or people, and generating anxiety before the minimum possibility of it happening.

Although it may seem that generally we are not exposed to situations that someone with a fear of losing his mind may fear, the truth is that in serious cases we may find ourselves with a severe limitation in our daily life .

People with dementia can be very anxious about any type of situation in which they may interpret that they are suffering from a loss of faculties or control of reality. Thus, for example, the loss of memory that occurs at the normative level with age will be a cause of great distress and quickly associated with dementia. Alterations such as memory lapses due to stress or tiredness or phenomena such as the tip of the tongue (that you do not finish evoking the word you want to say although you have the feeling that it is there) also generate a high level of suffering.

Another aspect to take into account is the possible appearance of compulsive checking behaviours, often assessing their mental state or their abilities. It is also probable the appearance of rigid and inflexible patterns of behavior that make difficult alterations in their mental state (although it is natural that our capacities, emotions, motivations and levels of activation vary in the day to day).

Likewise the presence of perceptual alterations usually generates a high level of anxiety , avoiding any situation that could generate it. This could include the consumption of alcohol or other substances, but also some medications.

They also tend to avoid mental health centres and contact with people with different disorders, sometimes expressing clear rejection of them. Although less common, it is also possible that the exact opposite may happen: that the fear of suffering from some kind of problem or of going mad may lead them to constantly frequent contact with professionals in the sector who confirm that they are not suffering from any disorder.

In extreme cases, the subject may become completely isolated, damaging the social, interpersonal or even work environment (since they are likely to avoid stress situations).

There is no single cause for dementia, and the phobia has a multi-causal origin that can be affected by several variables.
Firstly, it is possible that there is a possible biological predisposition to suffer from phobic reactions, born of a high physiological reactivity, which can end up triggering a phobia if the necessary environmental conditions are present.

Taking into account that suffering from a mental disorder implies a certain level of difficulties and suffering, dementia is born from a fear that is to some extent adaptive in the sense that aims at protecting the subject from a state considered aversive . Likewise, the high social stigma that, although it has decreased today, still exists around mental health problems conditions the subjects, in such a way that the association of the loss of control with pain, loss and social marginalisation increases the probabilities of suffering this type of phobia.

In this sense, having grown up in an environment and with rigid parental models in which the importance of reason and control has been particularly emphasized can also encourage the emergence of dementia. The opposite situation can also be conducive: overprotective educational models in which the child is not exposed to reality and the existence of diversity in mental functioning among people.

The interpretation given to the mental disorder in the home of origin can also be decisive: if it is seen as a punishment, or as something horrible that directly impedes the person’s life, the fear will be greater.

Likewise, having observed during development (especially in childhood) and/or throughout life how people in our environment have suffered some neurodegenerative process or a mental disorder that generates a high level of dysfunction or that has caused damage to the affected person or to others may trigger the fear of suffering a similar problem, to the point of causing great anxiety and may culminate in the appearance of phobia.

The treatment of dementia is certainly complex, since unlike phobias such as animal phobias (e.g. spiders or dogs) or specific situations such as storms, planes or heights, there is no clear stimulus that the subject physically avoids, the fear being directed towards a mental aspect not visible to the naked eye.

In any case, dementia is treatable . Although the situations that generate fear can be very diverse, it is possible to work out together with the patient a hierarchy in order to do a gradual exposure therapy or a systematic desensitization. This point is one of the most fundamental, since it makes the subject capable of resisting anxiety in situations that generate it and, with time, it will be diluted.

Likewise, another fundamental point and especially in this type of phobia is the treatment of the patient’s beliefs and fears, in such a way that not only does it lower the anxiety but also learns to interpret reality in a more adaptive way. First of all, it is necessary to analyze the meaning of “going crazy” or losing one’s mind for the subject, if he has experienced any situation in which this has happened or what it might mean for him. Also the fears that may be behind it. After that, a cognitive restructuring would be carried out , raising the subject’s beliefs and fears as a hypothesis and then trying to build other interpretations about it.

In extreme cases, the use of tranquilizing and anxiolytic drugs may be valued in order to lower the level of activation and to be able to work more efficiently on a psychological level.