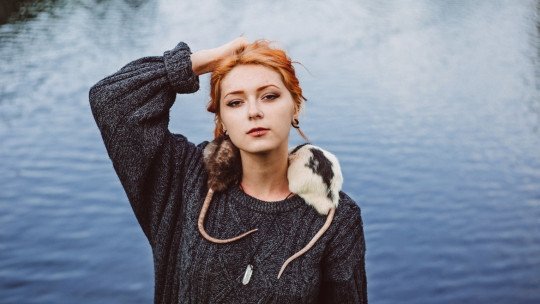 The seat of emotions is in the brain , and not in the heart, as some literature and art in general proclaim. Specifically, in a series of neural circuits, mostly buried deep in the brain, commonly known as the limbic or paleomammalian system.

In fact, all psychological pathologies known to man are characterized by an emotional deficit or excess. In other words, mental illnesses can basically be defined as affective states that, for some reason, escape their range of normality.

In turn, this emotional deficit or excess is caused by different chemical imbalances and dysfunctions in the regions of the limbic system and other adjacent areas involved in the supervision and regulation of the state of mind. Next we will see the symptoms associated with depression and anxiety , two of the emotional states that are most associated with the disorders.

The symptoms of emotional maladjustment in depression

Depression is characterized by the exacerbation of some emotions that are just right for the person, such as sadness, guilt and shame. Those who suffer from this problem, enter into a state of deep sadness that leads them to cry or feel distressed for a good part of the day a. As a corollary, he begins to blame himself for what is happening to him, and he feels distressed about worrying his friends and loved ones.

Convinced that he has become a heavy burden on his family, the sense of shame is heightened and many times the depressed patient begins to think that the best thing that could happen to him is to die, since the disease prevents him from seeing a more or less promising horizon.

Of course, usually none of this is true. What happens is that the clutter of these emotions, which deviate from their normal course, end up muddying the normal process of reasoning of the ill patient , altering his belief system, completely colouring his perception, The latter, in turn, will be led to believe that he is a useless, reprehensible being, incapable of standing on his own feet, and that it is therefore to be expected that he will end up in the most absolute social and economic ruin, abandoned by all those whom he loves, and delivered to the doom of his inexorable and fatal destiny.

Another psychiatric picture marked by uncontrolled emotions is what is known as generalized anxiety disorder. In this case, the predominant feeling is the worry derived from fear, and the false certainty that something bad is about to happen.

As the name suggests, the person with generalized anxiety worries about everything, and worse, all the time ; from the moment he gets up until he goes to bed, he can’t stop thinking about his family, his health, his home economics, his job and a host of other mundane and everyday issues, such as the fact that he should go to the supermarket at the weekend for his weekly grocery shopping, the possibility (without any proof) that his partner is unfaithful, or what the neighbor who lives next door may have thought, whom he carelessly forgot to say hello to when he passed him at the mall last week.

The constant, pervasive concern brings the person into a state of continual vigilance, and it is easy to identify someone afflicted by this condition: are individuals who have become impatient, distrustful, complaining, accelerated , and who live permanently on the defensive, believing that they must always be alert to prevent and avoid the imminent misfortunes they believe life has in store for them.

Since they can never relax, they can’t enjoy anything either. Even activities that should be pleasant, such as going to the movies, eating out, or a nearby cousin’s birthday party, become a nuisance, a source of stress rather than satisfaction.

While the person with anxiety does not understand that most of his fears are unfounded, the picture tends to become chronic, and often enters what I call the “phase of exhaustion” , which is nothing more than a state of depression, a consequence of the frustration felt at the impossibility of controlling everything, and the physical and mental fatigue that comes with the permanent monitoring of the many but unlikely threats, risks and dangers that the world offers.

Expanding the repertoire of emotions

Now, what can we do to get rid of some diseases such as depression and pathological anxiety? Well, a natural way to counteract the problem is by trying to minimize the sources of stress and maximize the range of pleasant emotions we are able to experience.

The efforts of psychologists and psychiatrists are oriented in these cases to restore the normal emotional functioning of the patient afflicted by the disease. In this sense, they help him/her to manage his/her negative emotions productively , and to identify his/her positive emotions, so that he/she can strengthen them and take advantage of them as much as possible.

As soon as this is achieved, the way the individual perceives the world begins to improve. The environment stops being a cold and threatening place; its reality is transformed, it becomes more affable. The combination of both strategies shapes the best recipe for getting rid of illness and moving towards personal well-being and happiness.