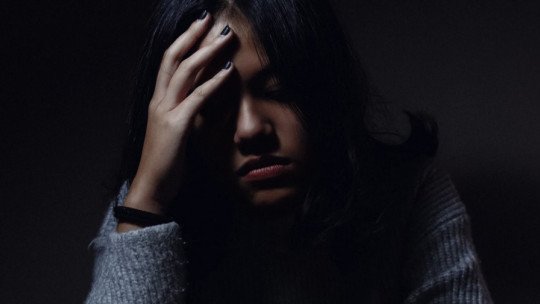 Eating disorders are one of the best known mental problems, and one that has increased most in recent decades due to a culture and society with very demanding aesthetic standards. If we talk about these problems, two names come to mind, which represent the best known, common and dangerous diagnoses within this category: anorexia nervosa and bulimia.

We know that these are potentially fatal conditions if left untreated, and that these people resort to practices such as controlling or even stopping their intake, continued and excessive exercise, use of laxatives, or making themselves vomit.

But… what happens when eating problems are added to a metabolic or endocrine pathology or disease, such as diabetes? In this sense, there are also alterations within the eating disorders specific to this sector of the population. This is diabulimia, a dangerous eating disorder that some people with insulin-dependent diabetes may suffer from.

Diabetes is a highly dangerous and potentially fatal condition for those who suffer from it, but in order to understand what we are talking about, it is first necessary to know what type 1 diabetes is.

Diabetes mellitus is a metabolic and endocrine disease characterized by the existence of a difficulty or impossibility for our organism to metabolize glucose, due to the presence of alterations in the so-called beta cells of the islets of Langerhans in our pancreas . Under normal conditions these cells are responsible for synthesising and secreting insulin, which allows glucose from food to be processed and its levels reduced in the blood.

However, in the case of people with diabetes these cells do not work properly, so when they eat the glucose rises greatly and the body is not able to process it. In the case of diane , what is known as hyperglycemia appears, in which glucose levels are above 126 mg/dl.

This is a dangerous situation in which symptoms such as increased hunger, weight loss (sugar is eliminated through unprocessed urine), asthenia, blurred vision, polydipsia or the need to drink continuously and/or polyuria or the need to urinate frequently regardless of what is drunk appear.

In type 2 there is a secretion but the cells do not function correctly and less is produced than would be necessary, and in gestation it is the case that a pregnant woman suffers temporarily (generally) from a dysfunction in the synthesis and management of insulin due mainly to the hormonal changes characteristic of pregnancy.

It is a disease with no known cure but with effective treatments that must be maintained throughout life, and if left unchecked can have serious effects on the nerves , heart, blood vessels, liver, kidneys, eyes, skin, mouth and teeth, kidneys or feet. If left untreated, it can lead to neuropathy, loss of sensation, the possibility of strokes, erectile dysfunction, blindness, diabetic foot, insulin-like coma or even death.

An eating condition or disorder that can occur in people with type 1 or insulin-dependent diabetes, which is characterized by the presence of body distortions and obsession with weight loss that results in the voluntary neglect, reduction, or cessation of insulin treatment as a method of reducing body weight, is called diabetic.

This implies that the person who suffers it does not carry out the treatment of his medical condition or that he modifies it with the purpose of losing weight, since as we have commented the loss of this is one of the typical symptoms of hyperglycemia. In this sense, diabulimia is a particularly frightening condition, since in addition to the already dangerous symptoms of an eating disorder, insulin-dependent diabetes is systematically neglected.

In addition to the manipulation and alteration of the use of insulin, it is possible that those who have this alteration may manipulate the data reflected by their glucometers so that when they are checked with the doctor they mark values lower than those that correspond. Although in some cases they have an apparently normal diet, there are usually irregular eating patterns with severe restrictions and possible binge eating. Symptoms of anxiety and depression are also common.

As with most eating disorders, diabulimia is especially common in adolescent or young adult women , although it is also seen in men. Although the name diabulimia is a composition between diabetes and bulimia, it is actually an eating disorder that could be considered on its own because it has very specific characteristics (although insulin use could also be considered a purging behavior characteristic of bulimia).

Moreover, this alteration has been identified not only in bulimia but also in anorexia. It is a disorder that is not currently found as such in diagnostic manuals such as the DSM-5 , but could be considered as Another Specified Eating and Eating Disorder.

Sometimes diabulimia can go unnoticed, since in some cases those who suffer from it can reach an apparently normal consumption of food even though they do not take medication afterwards in order not to gain weight . Likewise, it is sometimes confused with a patient with diabetes with poor adherence to treatment.

However, it is common for sufferers to have difficulty and discomfort eating in public or to show signs of discomfort if they have to inject insulin when eating in public. As with other eating disorders, rejection of one’s body shape, fear of gaining weight, and excessive concern about weight are constant in these cases as well. Also, erratic behaviour when going to the doctor for check-ups can be a symptom.

The effects can be devastating, and are very similar to those of hyperglycemia or hypoglycemia-hypoglycemia disorders: failure to treat, or treating less than necessary, in conjunction with other behaviors such as fasting, can affect the nervous system and contribute to neuropathy, which can affect other parts of the body, including the eyes (leading to blindness).

The cardiovascular and cerebrovascular systems, the kidneys and the liver are also at risk , making it more likely that problems such as kidney failure (kidney problems are much more common in diabetic subjects with eating disorders) and/or liver failure, stroke or heart problems will occur. Frequent hospitalizations for ketoacidosis, in which the body rapidly consumes body fat in an attempt to obtain energy, are also common. In fact, diabulimia can greatly reduce the life expectancy of those who suffer from it.

As with all eating disorders, there is no known single cause or origin of diabulimia. It is considered a multifactorial disorder.

This disorder is present only in diabetic patients , and is common to appear during adolescence. It is not uncommon for the restriction of diabetes treatment to occur after the early stages of diagnosis, realizing that the non-treatment of their condition can be used just as well as vomiting or dietary restriction.

Another factor that helps to explain this disorder is found in the overestimation of the importance of body image and weight (something that is also favoured by the canons of beauty of our society), as well as a possible attempt to feel the capacity to control his life that is projected onto the eating environment (the subject may feel in control by losing weight).

In this last sense, there may be a rejection or sense of loss of control when the diagnosis is confirmed, which although it may seem paradoxical, could lead them to seek to increase their sense of weight loss control by not taking medication. Also, emotional lability and low self-esteem along with possible experiences of rejection during growth due to weight may contribute to their formation.

The treatment of diabulimia is complex and requires a multidisciplinary approach in which professionals such as endocrinologists, nutritionists, psychologists and psychiatrists or educators will be necessary. It must be taken into account that both conditions must be treated at the same time: the eating disorder and diabetes .

In this sense, it will be necessary to carry out diabetes education and establish an adequate diet, as well as psycho-education (which should also be carried out on the environment in order to favour the understanding of the process the individual is going through and to allow the orientation and generation of strategies and guidelines for action), at the same time as psychological treatments are carried out, such as cognitive restructuring to modify the person’s beliefs about themselves and their body or about the beliefs and myths of diabetes and its treatment.

We also work on the control of stimuli and techniques such as exposure with response prevention (making the person face the anxiety generated by the perception of his body while avoiding the response of decreasing the injected insulin and other strategies that are usually employed).

On the other hand, it may be useful to employ strategies that allow for a feeling of self-efficacy and control . Techniques such as training in stress management and social skills can be beneficial, and the use of programs that include differential reinforcement of behaviors that are incompatible with the problem is also recognized as very useful.

However, it should also be noted that, as in the case of people with anorexia or bulimia, many patients are very resistant to trying to change their behaviour patterns. Therefore, it is essential to work first on the therapeutic relationship and the adherence to the treatment, among other things, with motivational interviews and assessing the consequences that may have already occurred or the risks that are taken in view of the current behavior (without, however, resorting to scaring the patient).