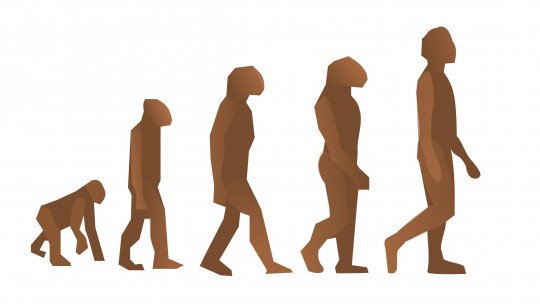 Every weekday, in the corridors of the Psychology Faculties of Spain and Latin America, a series of people can be seen wandering around the corridors and classrooms, totally disoriented. They are mostly young students, but there is something in their gaze that has nothing to do with the expression of self-sufficiency and bravery that would be expected to sparkle on the face of any twenty year old.

What is the reason for this kind of inner tension? Very simple: their knowledge of psychology is founded on something that is essentially WRONG; hence there are certain ideas and concepts that they are unable to understand no matter how hard they try. There is something that escapes them. And that is that these poor devils still do not know that Evolutionary Psychology and Evolutionary Psychology are not the same thing.

Luckily, sooner or later, a savage teacher always arrives and ends up clarifying these concepts in what will be one of the shortest lessons to be taken advantage of during the race. However, the difference between evolutionary and evolutionary psychology is better to know it as soon as possible (and preferably before failing any exam for ignoring it), since both deal with totally different things and, in fact, it is not clear that evolutionary psychology is a branch of psychology itself.

In order to understand the relationship between both, it is good to delve a little bit into a concept to which both appeal: evolution .

The concept of “evolution” is sufficiently abstract to be able to be used to explain a great variety of processes, but basically it defines a development through which different changes take place more or less gradually . In the fields of study of psychology, however, evolution usually refers to two essentially different processes: the changes that occur in the development of an organism and the changes that occur in the form and behaviour of species, from generation to generation.

The object of study of Evolutionary Psychology is the patterns of behavior and subjectivation that are associated with each phase of the growth of a human being, while Evolutionary Psychology, rather than offering a field of study, proposes an approach based on what is known about the evolutionary history of populations from which their lineage originates in order to obtain hypotheses about how people behave.

Where does the confusion come from?

This is a problem that has to do with the translation into Spanish of words used in the dominant academic environment, which uses English. What we know today as evolutionary psychology was originally called developmental psychology , which means that in this language there is practically no confusion.

However, when the first researchers began to talk about evolutionary psychology , a very similar term already existed in Spanish to designate the previous branch of psychology. That is why in Spain and Latin America the word “evolutionary” is used, to distinguish it from evolutionary without giving up its basic meaning, which is related to a process of change.