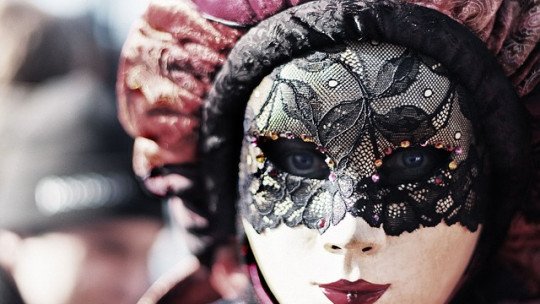 Today, it seems that successful people have the most friends, the most persuasive and communicate the most with others . What it takes is going to as many parties as possible and being the king of your social circle, mastering all possible social skills.

In recent times, extraversion has become the ideal to which we should all aspire. If a person is more comfortable reading than at a party with loud music and hundreds of people around, he is labeled as shy and asocial, and we say he has a problem.

Suggested Reading: “How to tell if you are tending towards introversion or extraversion”

And while it’s true that some people who avoid social situations do so because of a problem (such as social phobia, anxiety, or exaggerated shyness), others do so because they really prefer solitude. Almost a century ago, Carl Gustav Jung defined in his work Psychological Types two personality types, classifying people into introverts and extraverts . Differences between introverts and extraverts

In this article we will examine the differences between introversion, extraversion and other related concepts. We begin with the first of these, social anxiety.

Social anxiety disorder, also known as social phobia , is a condition classified within anxiety disorders. It is characterised by the fact that the person who suffers from it has a persistent fear of one or more social situations, due to the fear of being made a fool of .

The most common symptoms are pressure on the chest, sweating, trembling in the legs, flushing, negative thoughts, fear of negative evaluation… These symptoms can appear in different social situations that the person has to face, such as speaking in public or being at a party.

Like all disorders, social anxiety is a problem because you wish you could behave normally in scary situations, but you can’t. To alleviate this, they usually resort to one or more coping strategies, which can range from not going to parties and social gatherings to getting drunk or taking drugs to increase their sense of control.

Many of the people who suffer from this disorder could be classified as extraverts, and it is precisely the clash between the desire they have to relate and the fear of social situations that causes them the most suffering.

If we imagine a straight line with social anxiety at one end and introversion at the other, shyness would be more or less in the middle. Contrary to what many people think, shyness is not considered a psychological disorder, although it shares many features with social phobia .

The main difference with social anxiety is that, while a person with the disorder will tend to avoid the situations that make him or her uncomfortable, either by not going or by using some other coping strategy such as drinking alcohol, a shy person may still be exposed to those situations. However, they may have to deal with their own feelings of discomfort in the process.

Another difference is the generalization of symptoms. While a shy person may enjoy certain types of social situations, depending on the conditions of the situation, someone with social phobia will feel uneasy in almost every situation where he or she is exposed to criticism from others.

As in the previous point, we can find many extraverted people who are at the same time shy, so we cannot identify introversion with this pattern of behaviour either.

But then, what is introversion?Traits of an introverted person

According to Jung’s theory, one of the most important classifications we can make among people is whether they are extraverted or introverted.

The difference is in how they get the stimulation they need to feel good . While an extraverted person is “charged” with energy in social environments, an introvert generates his own internal stimulation, so that very energetic environments saturate him and end up draining him.

Therefore, an outgoing person will tend to look for situations where there are many people, loud music, or extreme sensations . It will not be uncommon to find someone of these characteristics being the center of attention of a group, or surrounded by many friends, doing extreme sports or performing on a stage.

On the contrary, and although an introvert can also enjoy these things, they will usually look for other kinds of activities to relax: reading a good book, having deep conversations with their close friends, spending the day in nature…

To recap: am I introverted or shy?

Of course, there are no pure introverts or extroverts (and as Jung himself said, “if there were, we would have to look for them in the psychiatric ward”). We can all show characteristics of one or another type depending on the moment and the situation we find ourselves in. But it is important to know that it is possible to enjoy solitude without this implying that we have a disorder.

In short, if you think you are introverted, see if you fit these five characteristics:

On the other hand, if you are reflected in the following characteristics, you are likely to suffer from shyness or social phobia:

I hope this article has helped you to understand the differences between introversion and the various disorders that can affect our behaviour with others, and to better understand your own feelings about social situations .