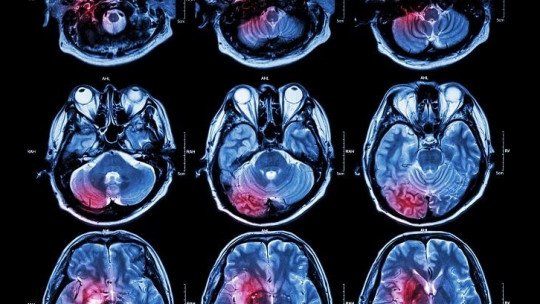 Neuropsychology and neurology are scientific disciplines that share the study of the knowledge of the brain and the relationships between the diseases that affect it and human behavior.

Despite being two disciplines with many aspects in common, there are also clear differences between them . In this article we will focus on what differentiates neuropsychology from neurology, as well as on the different roles that both neuropsychologists and neurologists must play in their respective professions.

What is it and what does neuropsychology study?

Neuropsychology is a branch of scientific knowledge that studies the relationship between the brain’s activity, higher cognitive functions (attention, memory, gnosis, praxis, etc.) and human behavior in all its aspects: family, interpersonal, social, etc.

One of the main sources of knowledge in neuropsychology comes from the study of brain functions and structures, both preserved and altered; the latter, product of organic lesions (such as head trauma, stroke, epilepsy, etc.) affect the brain and, therefore, the individual’s behavior.

Functions of the Neuropsychologist

The aim is to evaluate whether there is brain damage and to see which structures have been damaged . For this task, general neuropsychological batteries and specific tests for each area or cognitive function are used.

It is a process aimed at rehabilitating, that is, slowing down or improving the cognitive impairment produced by a brain injury . To do so, individual aspects such as age, personality type, the person’s background, etc. must be taken into account.

A neuropsychologist may also be partially or fully engaged in research, conducting experiments on healthy subjects and groups, comparing them with others affected by brain damage or injury. The most studied aspects in the field of neuropsychology are usually memory, attention, processing speed or executive functions, mainly in patients with acquired brain damage, stroke, neurodegenerative diseases and cognitive impairment.

Neurology is a medical specialty that deals with the study of the functions and development of the nervous system (central, peripheral and autonomic) and muscle, both in healthy subjects and in people with some kind of brain pathology.

This scientific discipline is nourished by the set of diseases that affect the central nervous system (brain and spinal cord) and the peripheral nervous system (muscles and nerves). The most common are dementias, epilepsy, neurodegenerative diseases such as Alzheimer’s and Parkinson’s, multiple sclerosis and head injuries.

Functions of the Neurologist

A neurologist is a physician who has specialized in the study and treatment of diseases affecting the nervous system . His/her main function is to diagnose and treat people who suffer from disorders of the brain and spinal cord, although it is true that a neurologist can also deal with many other common diseases, such as high blood pressure or diabetes.

Differences between neuropsychology and neurology

Neuropsychology and neurology are disciplines that belong to the same scientific field: the neurosciences.

Both share similarities, since they are in charge of studying the brain, its diseases or injuries and the behavior of people to try to cure or rehabilitate them ; however, as we will see below, they also differ in several aspects.

Differences in origin: which discipline came up first?

Neuropsychology is a relatively recent discipline, as it has its origins in the work of doctors, neurologists and psychiatrists, from the end of the 19th and beginning of the 20th centuries, with references such as Paul Broca or Carl Wernicke and their studies on aphasia. Although it was not until the 1940s, with the publications of Luria and her theories on the cerebral organization of language and its pathologies, that this discipline became popular.

Neurology, on the other hand, is a much older discipline whose modern origins could date back to the early 17th century and the work of Thomas Willis, an English doctor and pioneer in neuroanatomical research. Purkinje first, with his studies on the description of neurons, and Ramón y Cajal later, with his findings on neuronal connections, also shaped what centuries later would make up today’s neurology.

It could be said, therefore, that neuropsychology comes from and has been nurtured since its beginnings by a discipline such as neurology , expanding its field of action over the years and making use of other areas such as psychology or cognitive neuroscience.

Neuropsychology, like neurology, studies diseases that affect the brain and their relationship to behavior. However, there is something that differentiates them: in the case of neuropsychology its level of analysis is less molecular and more molar than in neurology . What does this mean? Let’s see it with an example.

When a patient comes for consultation because he or she sees that he or she is increasingly forgetting things and believes that he or she might be starting to suffer from some kind of dementia or cognitive impairment, the neurologist’s role will be to perform a thorough neurological evaluation (using brain imaging techniques, magnetic resonance, etc.) to identify the groups of neurons affected, their location, affected structure and so on. In short, their task is to carry out a molecular analysis (exclusively at the level of biological and neurological detail) of what is happening in the patient’s brain.

On the other hand, the work of a neuropsychology professional in a case of suspected cognitive impairment will vary substantially: after a thorough neuropsychological evaluation (with specific tests to detect altered cognitive functions), the damaged functions and structures will be investigated in order to relate these alterations to the patient’s general behavior, understood as part of a biopsychosocial organism. This is a molar analysis.

The task of neuropsychology is to assess what this cognitive deficit consists of (and its relationship with the rest of the cognitive processes) and how the person can be helped to recover his or her autonomy and functional performance, by compensating or restoring the preserved and altered functions.

One of the aspects that differentiate neurology from neuropsychology is its methodology when dealing with treatment . A discipline such as neurology, which is nothing more than a medical specialty, will primarily address a brain disease through the use of psychotropic drugs, since a medical professional is trained and qualified to do so.

The prescription of psychotropic drugs, in this case aimed at alleviating or treating diseases of the brain, is a power enjoyed only by doctors. A neuropsychologist, who generally only has training in psychology, is not empowered to prescribe medication , so his tools for trying to help and rehabilitate the person with brain damage will be different.

The neuropsychologist will apply techniques and tools of cognitive rehabilitation, a therapeutic procedure used to compensate or improve the cognitive deficits associated with brain damage. Normally, generic rehabilitation programs for higher cognitive functions (attention system, memory, executive functions, etc.) will be used, as well as techniques to improve the patient’s basic activities of daily living.

It should not be forgotten that the aim of any therapeutic programme should be to improve the autonomy and quality of life of the person concerned. Both the neurologist, through the prescription of drugs, and the neuropsychologist, through methods of cognitive rehabilitation, will be two key figures in the overall process of improving the biopsychosocial well-being of the individual.