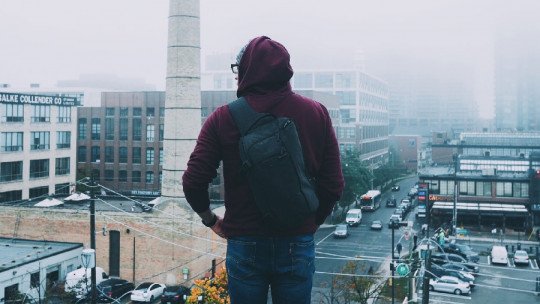 Psychology and anthropology are two fields of knowledge and research that can often be confused. Both place great importance on the study of the human being, but do so in different ways.

But… Where exactly are these differences between psychology and anthropology? Are they relevant enough to keep these two disciplines in separate categories? Certainly, if they both have different names and are represented by different university careers it is for a reason. Let’s see where each of them is characterized.

Main differences between Anthropology and Psychology

These are the basic points on which psychology and anthropology distance themselves. Some of them suggest that these two disciplines overlap in certain cases , and the truth is that in practice it is impossible to isolate completely what each one studies. However, both maintain their identity precisely because this overlap is not total, far from it.

1. Psychology is less socially based

Psychology is a very broad science, and not everything it encompasses has to do with the social dimension of the human being . For example, basic psychology or biopsychology focuses only on the study of the individual, and if they take into account something alien to this, they are a few very limited variables.

Anthropology, on the other hand, always studies the human being as a being that is a product of the society in which he lives. In other words, it studies the way in which different cultures (and their relationship with biology, in the case of biological anthropology) express themselves through the variety of behaviors characteristic of human beings.

2. The time focus of the research

Anthropology always starts from a historical perspective. It tries to understand how certain patterns of behaviour and certain forms of expression have emerged, taking into account the way in which generations have taken over from previous ones.

Thus, anthropologists almost always formulate their research topics and the hypotheses that answer those questions by analyzing long periods of time . This allows a better understanding of those cultural or ethnic characteristics that resist the passage of time.

Psychology, on the other hand, starts from the analysis of long periods of time with much less frequency . That means that some of its findings are intended to be timeless. In fact, much of the research on which their advances are based is based on the here and now of the time of measurement.

3. The claim of universality

As we have seen in the previous point, a good part of psychology looks for timeless findings. This gives us clues about another of the differences between psychology and anthropology: the former does not always take into account the effect of culture and focuses on the biological and the genetic, while the latter, while it may take into account the physical differences between groups, emphasizes the transmission of collectively constructed habits, symbols and customs that have been born in constant interaction with the environment.

That is, anthropology studies the human being in relation to the historical and cultural contingencies in which he lives, while psychology does not have to do this and can also choose to analyze what all human beings have in common in their most basic actions , beyond interpretations.

4. They use different methods

Psychology makes great use of the experimental method, which consists of generating a phenomenon (in this case, a psychological one) under the careful observation of researchers, taking a detailed and objective record of the facts and comparing these data with those obtained from other people in whom this phenomenon has not been generated.

It also uses correlation studies, in which it collects various data from a large number of individuals to analyze those results and see how the variables interact, what behavior patterns appear, etc. For example, this method would allow us to see if people with depression tend to think more about suicide than others or not.

These two methodologies are based on the creation of a very defined and “rigid” system of variables that is “filled in” by the information captured . They are quantitative forms of study.

Anthropology can also make use of this kind of quantitative techniques, but is defined more by the qualitative methods , those that do not generate rigid schemes before starting to investigate but adapt in real time to what is being observed on the object of study.

For example, when an anthropologist goes to live with an Amazon rainforest tribe to take notes about what he sees and interview clan members without following a clear and highly structured script, he is using qualitative methods.