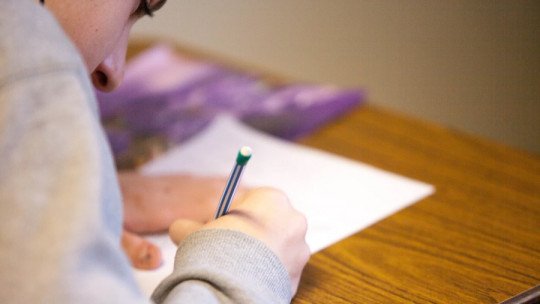 In this article we will learn about the Bennett, Seashore and Wesman Differential Aptitude Test , considered by many authors to be the first multi-aptitude test in the history of psychological assessment, designed in 1947.

The Differential Aptitude Test (DAT) is a battery of differential aptitude tests (also called TAD), designed in 1947 by George K. Bennett, Harold G. Seashore and Alexander G. Wesman. It is one of the most widely used multi-aptitude tests , and is considered by some authors to be the first to appear.

Later, new revised and standardized forms were designed in 1962, giving rise to the L and M forms, then the S and T forms, and finally the DAT 5, the last version .

Initially, the Differential Aptitude Test was designed for high school students. Nowadays it is frequently used for vocational and educational orientation processes.

Attitude could be defined as the ability to learn something . The Differential Aptitude Test (DAT) measures the ability of students to learn or to act effectively in a certain number of areas, as well as to evaluate the potential of a job candidate for the successful development of his or her profession.

The original name of the test is Differential Aptitude Test. Its application can be individual or collective. The duration is 120 minutes for the 1st section and 1150 minutes for the 2nd section, and its scope is from the age of 12.

The material consists of booklets, answer sheets, a pencil, punctuation keys and a stopwatch .

The Differential Aptitude Test is used to measure a person’s ability in different areas of their skills; this is why it is considered a “power” test.

The skills and abilities it measures are those indicated as the most important in multiple educational and vocational situations .

What do you evaluate?

The purpose of the Differential Aptitude Test is to evaluate verbal, numerical, abstract and mechanical reasoning, spatial relations, spelling, speed and perceptive accuracy.

The test is made up of 7 tests that make up the test , each of which is named after the factors mentioned above:

This test measures a person’s ability to understand concepts formulated in words, as well as the ability to abstract concepts or to generalise and think constructively.

In this test the subject must choose from 5 words, the one that best completes the analogy. For example: “… is to the right as west is to…”

It aims to assess the non-verbal part of reasoning ability. In this test, the subject must discover which principles govern the transformation of the figure , and demonstrate that understanding by designating the diagram that logically follows the series.

This test has illustrations where mechanical situations are shown, accompanied by a question asked in simple terms . The items are presented according to simple mechanisms frequently found in everyday life.

The subject’s ability to deal with particular materials is measured by means of displays. The task relates to how certain objects would look if they were organized and rotated .

6. Spelling and Language (O and L)

In this case, these two tests are more performance tests than aptitude tests. The scores here are divided into two (one for each test), but are also considered together, as they provide an estimate of the person’s ability to distinguish between correct and incorrect use of language .

These are intended to evaluate the subject’s speed of response in a simple perceptual task . The subject examined here should look at the combinations marked in the test booklet, and then look for the same combination in a group of several similar ones, printed on the answer sheet.

When administering the Differential Aptitude Test, three factors must be taken into account: adequate planning of the test, correct timing and application in physical conditions suitable for the subject and the examiner.

On the other hand, the test can be administered in whole or in part. Therefore, the analysis of the scores can be performed for each test separately , or by integrating the information resulting from the application of several or all the subtests.