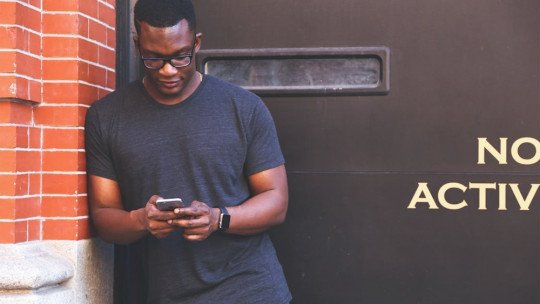 Beyond the typical alarmism that appears every time a new technological advance becomes popular, it is reasonable to think that, just as the use of smartphones and tablets increasingly influences our communication habits, it also exposes us to new risks and problems.

The so-called FOMO syndrome, for example, is a sign of this: we are afraid of being “disconnected” from the network for a few hours, so we might be losing ourselves.

Something similar occurs with the impact that the Internet has had on love and relationships.

On the one hand, it makes us fantasize about the idea that at any moment, from the comfort of home or from work, we could be initiating affective or sexual relationships, even with relative anonymity. On the other hand, it makes us start to fear the possibility of wasting our time by not knowing people through the network of networks… and one of the results of this is digital infidelity . Not for nothing is it increasingly common for social networks like Facebook to generate more and more divorces and breakups.

Digital infidelity as a new temptation

Traditionally, one of the great pillars of monogamous relationships was to limit each partner’s access to encounters with people of the opposite sex. It was common to go to social events as a couple, and a good excuse was needed to talk alone with people who could be seen as “competition”.

Today this rigidity no longer exists in most Western countries, but several studies show that it is not this that has increased the frequency of infidelity, but rather the constant access to the Internet .

Most people who have ended up having an affair outside their relationship by meeting people on the Internet did not start chatting with other people with the intention of being unfaithful. What usually happens is that these types of messages and chat sessions are seen as something safe, an environment where everything is under control and where you can “cut” at any time.

A sense of unreality

Many people do not believe that starting a conversation to flirt with others is an act of infidelity, but a game or a simulation. However, the events that often follow belie this view of things. The possibility of connecting at any time with colleagues at work, friends or even strangers and the perception of the lack of risk of these practices are ingredients by which many people fall into temptation.

This type of accessibility is a trap that acts through a false sense of security: believing that what happens on the Internet is not real just because it is seen on a screen. In other words, talking to someone in a way that would break the rules of the marriage or courtship you are having is a kind of fiction because is just writing words on a monitor . Something that is hard to imagine that would have a negative impact on the relationship and that, at the same time, is fun or stimulating.

On the other hand, it is such an insignificant action (or so it seems, at least) that it is easy to find a justification for it. For example, monotony and boredom, especially in the case of long-distance relationships in which there is infrequent contact with the lover, or sexual dissatisfaction with the lover. These elements can be seen as a grievance to be compensated with something as simple as talking to other people on the Internet .

In this kind of reasoning, then, digital infidelity can even be seen as something that saves the marriage, or makes the relationship more stable and healthy. It doesn’t even become a lesser evil, but a fully integrated part of that engagement.

What to do to avoid it?

As far as digital infidelity is concerned, the best thing to do is to avoid risks and start by assuming that certain types of contacts through the Internet also violate the agreed rules of the couple’s relationship based on monogamy. It is not for nothing that this is a practice that is actively and passively hidden from the other person.

Thus, it is important to start by avoiding ambiguous situations that at the same time expose us to other risks that have nothing to do with romance, such as the practice of accepting requests for friendship from all kinds of strangers .

On the other hand, it is important to have certain rules of behavior in situations that can give way to digital infidelity, such as detecting certain patterns of behavior in the responses of the person you are talking to, and nipping that type of conversation in the bud.