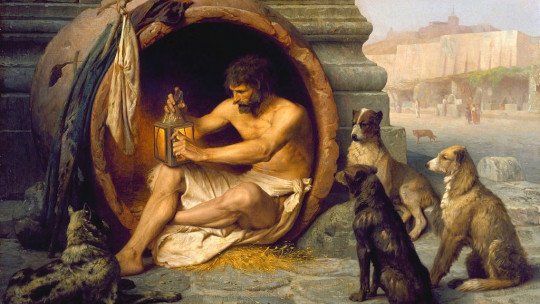 A lost screw, a T-shirt that no longer fits, a wooden plank…

Many of us save objects and things that we know we will not use, for one reason or another (either because it brings back memories or because we believe they may be needed in the future).

It is something normal and that in principle is not a problem in our lives. But in people with Diogenes syndrome this phenomenon becomes a habitual and problematic tendency as a result of self-abandonment, and they start to accumulate a large amount of objects and waste without any use and causing a great deterioration both personally and socially in their lives.

Diogenes syndrome is a disorder characterized by those who suffer from it collecting and keeping a large amount of belongings and possessions, usually waste, in their home . They have a great inability to get rid of them, so they accumulate more and more.

The objects kept by individuals with this disorder can be very diverse, from objects of great value to waste and remains, the real or symbolic value of the object not being what produces its conservation. As in accumulation disorder the person with Diogenes syndrome has great difficulty discarding his or her possessions, needing to keep them with him or her and experiencing anxiety and discomfort at the thought of losing them. When asked why they need to keep them, people with Diogenes syndrome often cannot explain why.

Some authors propose that Diogenes syndrome usually occurs in three phases . At first, the attitude of self-abandonment stands out, beginning to generate waste that is not eliminated and begins to accumulate. Later, as the number of wastes increases, the individual passes to a second phase in which the profusion of garbage and waste makes it necessary to start organizing (not necessarily tidying) the material and space available to him/her, while the deterioration of habits worsens. In a third and last phase, the individual not only does not get rid of his waste, but also begins to actively collect elements from the outside.

Deriving in lack of hygiene and self-abandonment

In the long run, the cumulative behavior of these people causes the collected objects to occupy a large part of the individual’s home, organizing themselves in a disorderly and expansive manner throughout the entire home. This problem leads to the point that the functionality of the household is limited , and access to certain areas, such as the bed or the kitchen, is not possible. In addition, the disorder and lack of cleanliness produced by the accumulation causes serious hygiene problems that can compromise the health of the individual.

This syndrome produces a high level of deterioration in many areas, especially at the social level by causing problems of coexistence . Those who suffer it gradually withdraw from the world, isolating themselves and reducing to a minimum their contact with others, due both to an increase in interpersonal conflicts due to their state and to the time dedicated to storing and accumulating things. They also begin to abandon some of the main habits of hygiene, both in the home and personally.

It is frequent that these cases are detected in advanced stages , due to complaints from neighbours and relatives because of the unhealthiness of the home of the affected person, the smell and the insects and rodents attracted by the objects.

It is also frequent that those who suffer from Diogenes syndrome end up having serious eating problems , presenting altered eating patterns and eating little, badly and at the wrong time. They may even consume food in poor condition (derived from lack of hygiene in the home or indifference to its expiration). This, together with the health problems derived from poor hygiene and the avoidance of contact with others can weaken them to the point of having to be hospitalised , and even a high percentage of them dying a few years after the onset of the syndrome .

Although the cause of the cumulative behavior in cases of Diogenes syndrome is not fixed or fully known, most of those who suffer from it are people over 65 years of age, retired and often widowed .

Thus, one of the most common characteristics is the presence of solitude even before the accumulation starts. Whether due to the death of the couple or to abandonment, this solitude can lead to the progressive disappearance of the concern for hygiene, food and contact with others, as well as the appearance of behavioural and emotional rigidity that favours the persistence of the accumulation. They feel a great insecurity and means that they replace by means of the accumulation. There is usually a stressful event that triggers the onset of symptoms.

A large number of the subjects with Diogenes syndrome also present a previous mental or medical disorder , being very frequent that they are immersed in processes of addiction to substances, dementias or in major depressions, often with psychotic characteristics. There is therefore a probable deterioration on a cognitive level that causes the person to stop worrying about health and the maintenance of the state of health, food and hygiene.

Diogenes syndrome is a complex disorder that requires treatment from different approaches . People with this disorder do not usually go to therapy of their own free will, being referred by medical or judicial services or pressured by their families.

Multidisciplinary intervention is due to the fact that it is necessary to act both on the individual’s ideas and beliefs and on his or her habits, given that the accumulation of waste becomes part of the person’s daily life and it is complicated to break this dynamic. That is precisely why it is necessary to act also on the place where one lives: focusing attention only on the person does not work.

In many cases the authorities, alerted by complaints from neighbours and acquaintances, go to the homes of these individuals and end up cleaning and disinfecting the place. Although this may temporarily put an end to the accumulated garbage , it does not solve the problem suffered by the subject nor does it help him/her to face the situations in another way, so that if the external action ends up there, the subject will relapse.

At the level of treatment, it is a priority to evaluate the state of health of the subject and correct the complications derived from the lack of food and hygiene . In cases where this syndrome is produced or aggravated by other disorders such as depression or some psychotic disorder, it will be necessary to apply the most appropriate strategies to treat the disorder itself, both at the psychological and pharmacological levels. Antidepressants such as SSRIs are commonly used to improve mood.

With regard to psychological treatment it would be necessary first of all to make it clear that there is a problem and that a solution is needed, given that most of those affected are unaware of or do not recognise their suffering. It is also essential to carry out training in the skills and patterns of hygiene and eating behaviour.

Since in a great majority of cases there is a high level of insecurity, this aspect has to be worked on in therapy, as well as the existential passivity that most of these patients show. It is also necessary to re-establish the person’s contact with the world, through training in social skills and participation in community activities . This helps to combat the loneliness and anxiety this causes. Work must also be done on the detachment of objects and waste and what the patient thinks about conservation.

As in the vast majority of mental disorders , social and family support is an essential factor for the recovery and/or improvement of the quality of life. Psychoeducation of the closest environment is necessary in order to make the patient’s condition understood and to follow it up, and it is important to monitor their activity patterns and not to return to a state of isolation.

The characteristics of Diogenes syndrome largely resemble another disorder with which it is often confused, so-called accumulation disorder or hoarding .

Both problems have in common the accumulation of a large amount of objects and possessions that are difficult to get rid of by those who suffer from them, together with the fact that this accumulation produces serious problems in the use of personal domestic space. In both cases there may be anosognosia, or even a delusional idea that the accumulation is not harmful despite evidence to the contrary (although the lack of recognition of the existence of a disorder in Diogenes syndrome is much more common).

In addition, in both disorders, problems often appear in various vital domains, especially with regard to interpersonal relationships, in many cases avoiding close contact with people.

However, in the case of hoarding hoarding is entirely intentional and usually has a specific reason for wanting to keep it . This is a disorder linked to obsessive characteristics.

Furthermore, while in Diogenes syndrome there is a great deal of deterioration in personal hygiene and eating habits, in accumulation disorder these characteristics are not usually present, and its behaviour is relatively common outside of the respective collection .