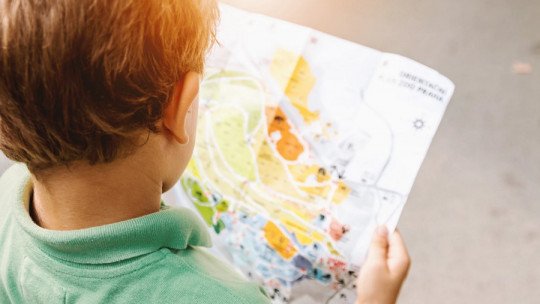 Each and every one of us makes a large number of learnings throughout our lives. And throughout history, institutions such as schools have been created, which allow some of this knowledge to be transmitted to new generations and provide them with tools to develop in today’s world.

But the same methodologies have not always been employed: there are various ways of learning and teaching, some of which are more advantageous than others for achieving and developing knowledge. One of them is learning by discovery , which we will talk about throughout this article.

Learning by discovery can be understood as a way of obtaining knowledge which is characterized by the fact that the acquisition of knowledge is produced by the subject himself . Thus, the information does not come from the outside, but rather it is limited to providing means through which the user himself comes to acquire it.

Thus, it starts from the establishment of starting hypotheses from which the subject reaches his own conclusions, in a self-regulated way and enhancing the research itself by being based on the identification of problems to be solved in an active way.

It is one of the main ways in which new contents can be presented in the psychic structure, allowing the subject himself to generate the learning, assimilate it and shape it by himself.

This type of learning is much more frequent and useful in the field of science, in which the understanding of cvonocities starts from the discoveries made by the individual himself instead of coming directly from the repetition of information.

Its foundations in constructivism

Learning by discovery, defended by Bruner, starts from constructivism , which states that the fact of learning depends on the construction of knowledge by the learners or students: it is an active and not a passive process, in which through processes of assimilation and accommodation of new knowledge the subject acquires knowledge.

It is relevant that the knowledge must be meaningful, that is, the new information must be able to be linked to previous knowledge and schemes in order to understand them and give them meaning. It also pays great attention to the intrapsychic and contextual factors of the educational process, highlighting among the former the intellectual capacities and especially the motivation to learn.

However, although it may seem that discovery learning is necessarily linked to meaningful learning, the truth is that this modality or path only does not imply per se that the learning is meaningful, so that no correspondence can be established.

It is possible that significant learning occurs by reception, as long as the information coming from the outside allows the construction of knowledge from the previous schemes through assimilation and accommodation.

The learner: an active subject

One of the most relevant elements of learning by discovery is that allows the student or learner to be an active subject in the construction of knowledge itself , in such a way that he/she can more easily give meaning to the new material and organize it according to his/her interests and previous knowledge.

It also allows the subject himself to develop the ability to think for himself and critically with the existing material, as well as being able to enhance lateral thinking and increase the sense of long-term self-efficacy. It is also linked to high levels of interest and motivation on the part of the student to learn.

The role of the teacher

In contrast to more traditional and mechanistic teaching, in which the teacher is a transmitter or source of the knowledge that students receive and from which they acquire information, in discovery learning the role of the teacher changes.

In learning by discovery, the teacher acts as a guide who provides the instruments for the subject to develop knowledge by himself, instead of acting as a source of knowledge that transmits it to passive receptor subjects.

In this sense, a scaffolding is generated, so that the trainee builds on the help that the professional provides in an adjusted way but without stopping building knowledge by himself.

Points in favor of this type of learning

Discovery learning has a number of great advantages over other types of learning. To begin with, it is a type of learning that encourages creativity , as well as the fact of taking advantage of and encouraging the intrinsic motivation towards learning in such a way that the learner seeks to learn not for possible external motivations but for his own pleasure in learning.

It also encourages the student to learn how to learn, favouring metacognition and the ability to search for information, synthesise it and be critical of it. It also favours the acquisition of problem-solving skills and the search for verification of hypotheses , as well as the acceptance and learning from mistakes.

In addition, it should be taken into account that this type of learning can be more easily adapted to the tastes, desires and abilities of the students, as it is not so much focused on one type of knowledge but on those that the subject wishes to explore.

In addition, it makes it easier for the subject to feel more empowered and to take a more active and creative role in his or her day-to-day life. It also empowers the subject by making him/her the protagonist of his/her learning process, contributing to his/her greater independence.

In view of the above points, it may seem that discovery learning is always positive and advantageous for the development of knowledge, but it also has a series of disadvantages that have led some authors to criticize this type of procedure.

In this sense, it has been suggested that the learning obtained may be positive and useful, but it may not be very effective due to the high difficulty in transferring this type of learning to classrooms with a large number of subjects.

On the other hand, the fact of depending on the motivation of the subject can make the discoveries made leave aside material or elements that, although they are not desirable for the subject, can be useful in the day to day. It can also make it more complicated to manage frustration when faced with the duty of doing undesirable or interesting tasks.