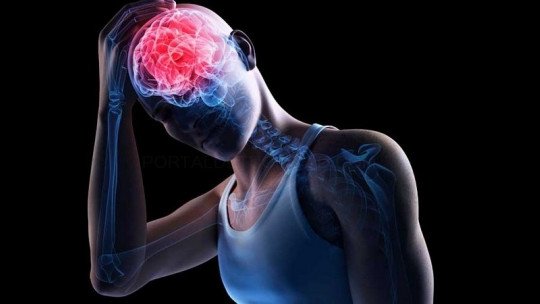 The human body is a complex organism capable of performing numerous functions and processes . Our nervous system governs the rest of the systems, allowing us to survive both in keeping our body functioning and in carrying out behaviours that allow us to adapt to the environment.

In this last sense, higher order processes such as reasoning, decision making or the ability to plan and forecast results are fundamental elements. However, sometimes these processes stop working properly due to a problem in the nerve connections that regulate them. One of the possible causes is the so-called dysjunctional syndrome .

We understand executive functions as the set of processes and cognitive skills of a higher order that allow us to integrate the information we receive from the outside, manage our behavior and ultimately adapt efficiently to the environment, as well as help regulate our social behavior and motivation. This includes aspects such as inhibition of behaviour, abstract reasoning, the ability to make decisions or to foresee the consequences of our actions.

These intellectual capacities and processes are mainly controlled by the largest and most developed part of the cerebral cortex: the frontal lobe. It is in this zone, and especially in the area known as the prefrontal, that the areas involved in the proper functioning of executive functions are found.

The presence of injuries in this area will cause the existence of alterations in the executive functions , which can have serious consequences for the functioning of the person in all areas of life.

The so-called disejecutive syndrome, previously known as frontal syndrome , is a set of alterations of diverse typology and severity that occur as a consequence of the existence of lesions in the frontal lobe and especially in the prefrontal area. As can be reflected by its current name, the main affectation is in the executive functions, which in a secondary way can cause alterations in other aspects such as communication or personality.

Symptoms can be very variable. For the main higher functions there is usually a decrease in the ability to inhibit impulses, perseverance due to inability to change behaviour and general difficulty in adapting to variations in the environment. They become inflexible and tend to have difficulty in planning, concentrating, organizing and reorganizing information and keeping things in memory.It is not uncommon for them to have obsessive and/or paranoid thoughts.

Another aspect that usually presents severe alterations in the dysejecutive syndrome is the personality. The subject has a tendency to be much more impulsive and irritable, to constantly vary his mood and even to be more aggressive and to present difficulties in adjusting his behavior to the context. This is especially due to alterations of the orbitofrontal prefrontal, linked to social behavior.

Finally, directed behaviour becomes much more complex , because of problems with sequencing actions and starting and ending actions. It is common for a certain level of apathy and abulia to appear that leaves the subject with little capacity to plan and want to do something.

The dysejecutive syndrome can be subdivided into three syndromes depending on the region of the prefrontal that has been injured and the type of symptoms that this injury causes.

E his syndrome is caused by lesions in the dorsolateral prefrontal cortex . It is characterized by the presence of alterations in the executive functions (it is the one that is most identified with the word disejecutive) such as memory problems, difficulties in reasoning, decision making, planning and analysis, perseverance and lack of concentration. There are also problems with verbal fluency and even movement. Finally, at a behavioural level they often present distractibility, lack of motivation, apathy and depressive syndromes.

This subtype of dysejectibility syndrome is produced by lesions in the orbitofrontal . The most evident symptoms have to do with impulse control, personality change and difficulties in managing social behaviour. They tend to be labile, aggressive and irritable, although they may also present dependence and echo symptoms. They tend to explore the environment in a tactile way. They may appear to be morose, or in a cheerful, empty state of mind with no internal or external stimulation to explain it. It is not uncommon for obsessive-compulsive symptoms to appear.

The most common symptoms of this lesion in the mesial circuit are apathy, demotivation and akinetic mutism , in which it does not respond to environmental stimulation despite being able to do so if it wants to.

Apart from the symptoms of the dysjunctional syndrome itself, this disorder often causes the different domains and areas of life of the subject suffering from it to be significantly affected. The fact is that the dysejecutive syndrome can incapacitate the patient in different aspects .

At a social level, it is likely that their high impulsiveness or passivity, and a possible increase in irritability may cause their environment to gradually move away, leaving the subject isolated. Although they sometimes become more seductive (remember that inhibition is greatly reduced), it is not uncommon for them to have difficulty making new companions who go beyond the superficial and are meaningful to them. In addition, memory problems may arise that make it difficult to recognize their loved ones.

The work environment can also suffer. It is not unusual for them to lose their jobs when they show childish or irresponsible behaviour , because they cannot plan and follow a certain course of action beforehand or because they cannot adapt to changes. Nor is it strange that they depend on instructions from others in order to carry out their functions.

Causes of the syndrome

The appearance of the dysejectile syndrome is due to the presence of alterations or lesions in the prefrontal area or its connections with the rest of the brain. These lesions may appear for different reasons, an example being the following.

The experience of accidents, physical aggressions or falls are some of the most evident causes of this disorder. In fact, the most famous case of frontal or disjunctive syndrome is Phineas Gage, a man whose skull was pierced by a steel bar in an explosion that perforated the prefrontal in the process and who ended up suffering severe behavioral alterations until the end of his days.

A brain tumor, whether it occurs in the front or the back of the brain, is capable of generating a dysejectile syndrome by causing the brain to compress against the skull.

Strokes in the front end or in the connections of the front end with the rest of the brain can lead to dysejectibility syndrome, as the prefrontal neurons responsible for executive functions suffocate or drown.

It is common for the symptoms of the dysjunctional syndrome to be observed in patients with dementia. This is because the progressive neuronal death causes the prefrontal to stop working properly. In addition, in this case the symptoms tend to get worse as more and more neurons are destroyed. Diseases such as frontal dementias stand out.

Disejective or frontal syndrome is a problem that can present different treatments depending on the type of phenomenon that causes it. It does not present a curative treatment, but it is possible to work from a multidisciplinary perspective the different symptoms.

G energetically, treatment is aimed at recovering, as far as possible, the skills lost , alleviating the deficits generated by the injuries, strengthening the skills preserved and looking for alternative ways to compensate for the possible deficits they present. Stimulation is very important, so occupational therapy is usually required to allow mental exercise and the recovery of functions. However, hyperstimulation could be counterproductive.

On the other hand, at a pharmacological level, different medicines can be used to help overcome problems such as anxiety, possible paranoia and obsessiveness, apathy or depression.