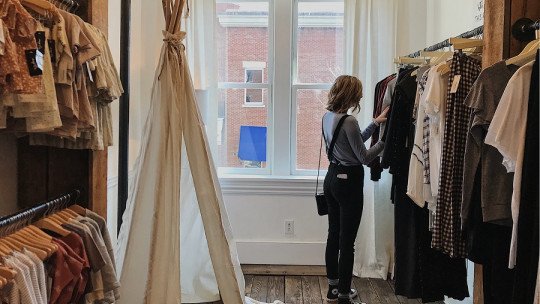 We all consider ourselves rational people, who like to think coldly when making a certain decision.

However, to what extent are we really able to objectively evaluate the benefits of choosing one path or the other?

Distinction bias is a very common phenomenon that allows us to understand how people behave in our decision making, as well as justifying it depending on the context in which we have made it. Let’s go into it in depth below.

What is Distinction Bias?

The distinction bias is the tendency to overestimate the effect of small quantitative differences when comparing different options , whether these are materialized in products, services or simply personal decisions. This tendency appears or not depending on whether the comparison of these options is carried out jointly or, on the contrary, there is no decision and you are living or having something that cannot be changed.

The term was first described in 2004 thanks to the research of Christopher L. Hsee and Jiao Zhang. These researchers observed that people, when we have to choose between a certain product within a wide range of possibilities, tend to look for and find any differences between them , however small and unimportant they may be first hand. So, depending on those small details, our preferences are inclined towards one or another product, service or decision.

During this process we overestimate the degree of happiness that the decision we are making will bring us. We fear that choosing the least suitable or least better will cause us a high degree of discomfort or uneasiness, and we also fear that we will regret it in the long run.

However, if we don’t have the possibility to choose between several options, as it usually happens in life itself, it seems as if we are willing to settle. This means that, when we cannot compare one event with others and we do not have the capacity to decide, the possible differences between other options that we have not been able to enjoy do not seem to matter to us, feeling satisfied with what we already have.

In order to facilitate the understanding of the distinction bias, it is necessary to explain the two cognitive phenomena that it implies: the comparison mode and the experience mode.

We enter comparison mode when, having several options, we start looking for all sorts of differences between them to make sure we make the right decision .

On the other hand, we are in experience mode when there is no other option , we have been touched by a certain thing that we cannot change and we have to settle for it, but willingly.

To exemplify both the bias and these two modes we will see the following case of a man and an apple-based gift:

We have in front of us a man who is sitting at a table, and we ask him the following question: would you like to eat an apple? The man, seeing that a fruit is offered to him free of charge, and without expecting it, answers in the affirmative. Then we give him the fruit, which is a few days old but still good, and the man begins to eat it very happily.

Now let’s imagine this same situation, only instead of offering you an apple we offer you two, and tell you that you can only choose one of them . It is then that we present you both pieces of fruit: the same apple as the previous case, still good but with some days left, and another apple which looks much fresher and more appetizing. The man, after evaluating both pieces of fruit, opts for the fresher apple.

In this second situation, if we asked the man if he thought he would have been happier picking the apple that didn’t look fresh, he would probably say no, that there wouldn’t be much point in picking the oldest apple if he could pick the best one.

In the situation where there was only one apple the person would have entered the experiential mode , since he or she does not have to choose between several options. He is simply presented with the apple and invited to eat it. You don’t have to compare it to others of better or worse.

In the second situation, however, the man has entered the comparison mode . Despite the fact that both apples were edible, with the same nutritional value, the same race of vegetable and a long etcetera, the simple fact that one was younger than the other has made the person perceive it as the best of both options. By choosing the best of the apples that he has been able to present, he feels happier than he thinks he would be if he had chosen the one that, for him, should be the worst.

Marketing works on the basis of the distinction bias . If people did not choose to buy what we consider to be the best, most of us would choose to buy the cheapest, regardless of such supposedly banal aspects as the colour of the product’s packaging, the prestige of the brand behind it, all the extras it supposedly includes…

A clear example of this is in the world of electronics. Let’s say we want to buy a television and we find ourselves in a shop that specialises in this type of appliance. In theory, all the televisions that have been placed next to each other in the store serve the same purpose: to watch television channels. However, the prices of these products vary greatly, and the extras on each model are very different from each other.

This is when the time comes to choose the new TV and we don’t decide which one to choose. Logic would tell us to take the cheapest one, since, in the end, it will be used for the same thing, regardless of its extras or price. However, we are opting for the most expensive ones, those that look like the best on the market and that, in our mind, are very different from those that are only worth a little less.

Another example, this much more mundane one, we have with the world of food. In the supermarkets there are sections where you can find both white label cookies and those with a prestigious name behind them. A certain brand of cocoa cookies with cream inside is well known and seems to be the favorite of many people. However, these same cookies exist in their low-cost format, at half the price, with a very similar taste.

Although both cookies are practically the same, they taste the same, have the same nutritional values (few, since cookies are not healthy food) and opting for the cheapest product would be the most logical choice, the most expensive brand, at twice the price, is the most consumed. The reason why this is done is that, besides the fact that buying expensive products is seen as synonymous with power, all the marketing behind and the presentation of these cookies helps the most expensive brand.