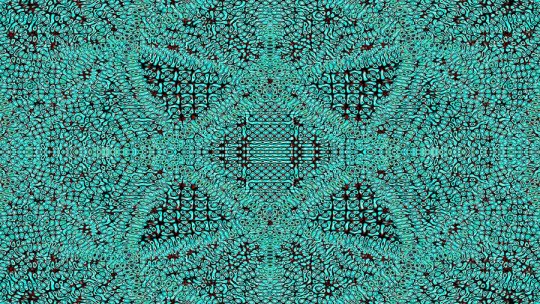 DMT is a psychoactive substance with powerful hallucinogenic effects . It is a compound present in various plants, and to a lesser extent in the brain of mammals. It is also an element that has been frequently used in mystical and spiritual rituals over time. In recent times, its use has also been transferred to pharmacology in various psychiatric treatments.

We will now look at what DMT is, what its main effects are and what its mechanism of action is.

DMT stands for N,N-dimethyltryptamine, a chemical with powerful hallucinogenic properties obtained from plant substances . Its consumption can be in the form of an extract, or as a refined synthetic. In the latter case, the product is a small solid that is usually white in colour, although when mixed with other substances for illegal sale it may have different colours.

This substance is consumed orally, either by ingestion or inhalation (i.e., smoking). In both cases its effects are perceived almost immediately, although when it is consumed by inhalation, its effect is faster and avoids possible adverse reactions that imply its absorption by the stomach at the time of ingestion.

As a component that can be found in one or more plant elements, DMT is considered to be an entheogenic substance . One of these elements is, for example, psychotria vidris or chacruna, a plant used to prepare ayahuasca or yagé (a traditional indigenous drink used by several American peoples).

Likewise, and in small proportions, DMT is produced by our own brain, so it is also considered an endogenous chemical. On the other hand, DMT belongs to the pharmacological category of tryptamines, which are alkaloids with neuromodulatory effects.

Finally, because of its effects on the body, DMT is considered a psychoactive substance of the hallucinogenic type. That is, its main effect is to produce hallucinations , with special existential and mystical content. This is why it is also known as “the molecule of God”.

DMT acts by inhibiting an enzyme called monoamine oxidase (MAO). That is, it is activated when another substance prevents MAOs from acting within the body. This is because the main function of this enzyme, MAO, is to inactivate or degrade certain neurotransmitters, among which are dopamine, serotonin, noradrenaline, adrenaline , and also DMT.

In other words, when monoamine oxidase activity is inhibited, DMT levels are also prevented from gradually decreasing. Thus, for DMT to have its effects, it must be mixed with some substance that is a monoamine oxidase inhibitor (MAOI).

Some substances that act as MAOIs are alkaloids of the beta-carboline class, present in plants such as Cape vine, ryegrass, or fescue arundinacea. Plants containing DMT (whose analogue in pharmacology is the tryptamine group) are chacruna or chaliponga.

In short, for DMT to have its effects, it is necessary to mix this tryptamine with some MAOI substance . For the same reason, DMT is usually consumed together with drugs of this type, originally used for the treatment of depression. Mixing them enhances and extends the effects of DMT, although these usually last no longer than 30 minutes.

However, DMT can also be consumed without the need for MAOI substances and drugs, having an imperceptible effect. It is rapidly metabolised in the body and its consumption without MAOIs does not generate tolerance, probably due to its endogenous and entheogenic nature.

The effects of DMT usually last between 5 and 30 minutes and are mainly from hallucinations of various kinds. Although these effects are short lived, the experiences they cause are often very intense. Likewise, DMT has been related to the activity of the brain and to the pharmacological treatment of some psychiatric diagnoses . Following this, we will now look at three of its main effects.

As we have said, the main effect of DMT is to provoke hallucinations, both visual, auditory and sensory, with a rather elaborate mystical content. For example, can include extrasensory or non-verbal communications with different beings or perception of having performed astral travel.

Also, its prolonged use and in high doses can induce manic and psychotic episodes, or an increase in the symptomatology associated with these states. Similarly (and as is usually the case with psychoactive substances), it can generate withdrawal syndromes when faced with a sudden withdrawal.

2. Hypothesis about its role in the brain

The functions of this substance in the brains of humans and animals remain a mystery. Some hypotheses maintain that is involved in dream experiences , that is, in the visual effects developed when we dream. Likewise, some hypotheses say that it may serve as a precursor to near-death experiences. The latter is another reason why it is considered as “the molecule of God” or “the molecule of the spirit”.

Similarly, this substance has been linked to some neurodegenerative medical conditions, because of its activity on the Sigma-1 receptor (a protein found in much of the central nervous system). Therefore, its use has been significantly related to different psychiatric diagnoses such as schizophrenia , and also to the treatment of depression.

The latter may be related to an increase in the overall connectivity of some areas of the brain, as well as to a boosting effect of neurotransmitters such as serotonin, associated with euphoric states of mind, although there is no consensus in the scientific community on this.