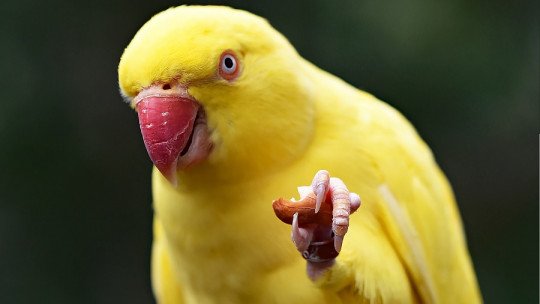 Culture is a construction that starts from shared life and is established in the form of “collective” acts and with purpose. In general, it begins to be acquired in early childhood by the parents, but will continue to expand throughout adult life in different contexts. It provides individuals who share time and space with a sense of essential uniqueness, while at the same time emphasizing distance from those outside it.

For many years it was thought that culture was an exclusively human property, requiring the support of a nervous system of enormous complexity that could only be found in our species. But in recent years, hypotheses have emerged that refute that belief, and the scientific community is beginning to consider them.

In this article we will address the question of culture in non-human animals, trying to answer unknowns that were formulated in Aristotle’s time and that slept in the unjust bed of scientific irrelevance until the mid-20th century. So, then: do animals have culture? We will explore this topic below.

Can animals have culture?

The issue of culture in animals is one of the most controversial in science today, because of the resonances that its acceptance would have on how we relate to other living beings. It would mean recognizing them as creatures closer to our species than was ever considered , which would exceed the simple attribution of basic emotions that most people grant them. It would certainly be an incentive to promote laws through which to protect their legacy, in the same way as it is done with numerous human collectives throughout this world.

The difficulties in reaching a conclusion on this matter arise from the lack of definition of the word “culture” itself, since we still lack an epistemological space that protects it and allows us to advance in its understanding (and not only with regard to the human animal). Many of the traditional delimitations excluded in their own formulation everything that was beyond the reach of our species , although as we will see, this vision begins to be questioned in order to include other beings with whom we share the planet. Let us try to go deeper, a little more, into all of this.

What do we mean by “animal culture”?

The first studies on animal culture were carried out during the 1940s , and were aimed at establishing whether non-human living beings could “acquire” behaviours as a result of social learning, without these being explained through instincts. The development of these surveys was not easy, since it struggled against deep convictions coming from religion, for which the human being would be designed in the image and likeness of his corresponding God (and to whom therefore unique features in the realm of nature were attributed).

It has been traditionally thought that culture requires complex brains , since it has been connected with writing and oral tradition, as well as with the symbolic properties that all this has in the case of the human being. Through its mediation, the reality of the moment could be shared among the individuals of the same group, and even codified verbally to be transmitted to successive generations, strengthening the sense of consistency beyond the limited time that a single subject has to live.

From this perspective, culture would be a solely human fact, and what is observed in animals would be no more than a more or less sophisticated mechanism for survival.

The fact that animals do not have communication systems of a complexity comparable to those of humans has led different authors to coin a specific term for them, that of “pre-culture”, through which an explicit distinction is made between the way in which they construct the traditions that make up their common life . On the other hand, there are researchers who postulate an absolute analogy, reconciling animal tradition with human culture and considering them interchangeable phenomena. The debate on this issue remains open and unresolved.

Most of the work carried out so far is oriented towards what is known as imitative (or vicar) learning, which requires the observation of a behaviour and its subsequent reproduction, although with evident and tangible purposes. In any case, it would be necessary that such patterns could not be explained by trial/error (the latter are much slower to consolidate in the basic behavioural repertoire) nor by survival instinct (biology). At the same time, they should be deployed in one group (the same one in which it initially breaks out), and not spontaneously reproduced in others.

In addition to imitation, the culture acquired by teaching and language in animals has also received attention . Both imply the use of certain symbolic capacities that until now have only been described in humans, so their evidence has only been testimonial in contexts outside their own. Symbolization allows the human animal the accumulation of a very abundant culture at the intergenerational level, as well as its progressive enrichment and persistence over the years.

In field studies aimed at evaluating this aspect (from a discipline that has been coined as “Animal Culture”), it has been observed that the most common thing is for a single individual to carry out behaviours spontaneously (acting as a social model), and that over time these behaviours spread to those close to him and to the whole community. Those cases in which the impact of such learning exceeds the primary group and reaches different subjects, with whom there is no kinship relationship, are considered cultural.

Almost all the work developed so far has focused on chimpanzees, because of their evolutionary proximity to humans and because they are one of the few species in which an intention to teach something has been deliberately described. Likewise, cetaceans and birds have shown to possess a more complex language than was believed just a few decades ago, and so they have also attracted the interest of many scholars from the disciplines involved in understanding the phenomenon. Let’s see some examples for each of these cases.

Chimpanzees were the first animals in which the possible presence of a culture was studied as such, and today they are still the ones that accumulate more evidence on this very extreme. These animals live together in very complex societies, in which an evident hierarchy can be seen, and it has been possible to verify how behaviours that started with a single individual (in the form of exemplary acts) progressively extended to the group as a whole , without being explained by the action of biology.

Culture among primates is understood as the use of tools, such as rocks or sticks. The most studied have been in groups of great apes in arid environments, who learned to use thin, flexible sticks for the extraction and ingestion of termites that would otherwise be inaccessible. Such learning is also accompanied by the exact procedure through which this action is carried out, which requires a specific rotation of the tool. It is believed that this form of collecting arises as a result of social learning, and that it has been culturally perpetuated by imitating younger specimens.

This exact mechanism could explain other habits described in chimpanzees, such as washing fruits before eating them . Some field studies have observed the way in which certain hygienic/prophylactic habits have been transmitted both horizontally (between peers) and vertically (between different generations) in very particular places in the world, related both to feeding (washing food on the banks of rivers, e.g.) and to grooming (raising the arms of a partner to wash the armpits, e.g.).

Despite this, there are doubts about how humans have been able to contribute with their influence to this acquisition, since they are much more common in captivity (perhaps because of the involuntary reinforcement of these behaviors, for example).

Among apes, it has been possible to verify how deliberate attempts are made to teach other members of the group what has been learned through experience , above all in the form of warnings aimed at dissuading the youngest from accessing those areas considered dangerous, or to avoid attacking animals that are perceived as natural predators. It is now known that this type of learning extends far beyond the immediate environment, being shared over time with the direct descendants of those who once acquired it from their parents (forming a “shared story” about what is appropriate and what is not within a particular ecological framework).

Cetaceans are mammals adapted to marine life, although it is known that they originally roamed the land. It has undoubtedly been the animal group that has received most attention (along with primates) regarding a possible common culture. The orcas, whales and dolphins stand out; all of them deserve a great intelligence , which includes the option of communicating through sounds (high or low) that have meaning for the rest of the members of the group.

In these animals, culture has been considered, for example, the differential use of vocal tone in the different groups; this allows them to recognize themselves as part of a larger group and protect themselves in the event that an invader appears in their territory. It is an imitation that, in effect, has the objective of increasing survival; and that, in the end, is a behaviour that is transmitted between generations and allows families or herds to be identified.

Killer whales are also known to show their young how to hunt, through strategies that include group and individual offensive. In this case, it has been described that females (adults and elders) teach their young to beachcomb deliberately, in order to better access some of the prey that spend a lot of time on the beach . This is a behaviour that is accessed through learning, and that is never acquired by the killer whales in captivity or raised in isolation.

Birds are the third group, after primates and cetaceans, that has been most studied in terms of culture. More specifically, it has been observed that some birds that live in specific areas (parks, for example) acquire the basic habits to benefit from these environments: going to places where it is possible to obtain food (such as near terraces where people deposit their waste) or even opening containers.

Thus, it has been seen that certain birds manipulate the feeders of poultry in order to access their desirable contents, and that such behaviour is subsequently dispersed among the other birds living in the vicinity.

The animal species included in the Psittaciformes family (especially the parrots that live in America, Africa, Asia and Oceania) have been considered to be beings endowed with extraordinary intelligence. They are known to imitate the sounds they can hear very well, and in the case of human speech there is evidence that they not only reproduce it, but also make use of it with clear communicative intention (choosing the right words according to their needs).

When parrots learn a high number of words, they can build new ones by using the grammatical rules of the language (even though they are not real terms or accepted by social consensus). When they are useful for their purposes, they can “teach” them to other birds with whom they share space (if they are united by a quality bond), becoming a behaviour that goes beyond social learning and is often conceived as a form of culture that deserves to be studied.