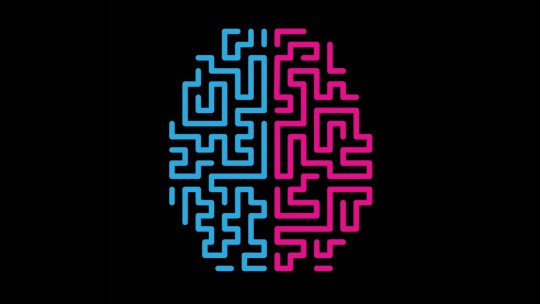 Do neurons regenerate? The answer to this question is not simple and for years scientific studies have gone in the direction of affirming that neurogenesis or neuronal regeneration occurs from birth and throughout our lives.

However, the most recent research points in the opposite direction and suggests that neurogenesis does not occur in adult brains, or not in the way it was thought to.

In this article we explain what neurogenesis is, and we give you the keys to understanding the current controversy about whether or not neurons regenerate in adulthood.

Neurogenesis: what is it?

Neurogenesis refers to the process by which new neurons are generated in the brain . This phenomenon is crucial during embryonic development, but it also seems to continue in certain brain regions after birth and for the rest of our lives.

The mature brain has a multitude of specialized areas and neurons that differ in their structure and connections. The hippocampus, for example, which is an area of the brain that plays an important role in memory and spatial navigation, has at least 27 different types of neurons.

This incredible neuronal diversity in the brain is a product of neurogenesis during embryonic development. During pregnancy, and thanks to stem cells, cell differentiation occurs, a process by which these neurons undergo genetic modifications and acquire the morphology and functions of a specific cell type, at certain times and in certain brain regions.

Neuroplasticity refers to the adaptive capacity of the nervous system to change over the course of a lifetime as a function of learning through behavior and experience. The brain can create new connections or strengthen existing ones between neurons and different neural circuits. This process of improving communication between neurons is called synaptic plasticity.

On the other hand, the brain is also capable, at least in some areas, of producing progenitor cells that produce neurogenesis. Until relatively recently, neuroscientists believed that adult neurogenesis did not occur; that is, it was assumed that the birth of neurons was limited to the period of time comprising embryonic development and early childhood, and that, after this period of rapid growth, the nervous system was unable to regenerate.

This belief grew out of the fact that, unlike most cells in our body, mature neurons do not undergo cell division, a process by which one cell (the stem cell) divides into two or more new cells (the daughter cells). This dogma was challenged starting a couple of decades ago, when evidence was first reported that neurons regenerate in the adult human brain.

Since then, numerous studies have determined that new neurons are born throughout life in specific neurogenic areas of the brain , such as the subgranular zone of the hippocampal gyrus and the subventricular zone (the ejido located under the lateral ventricles), and not from the division of mature cells, but from the differentiation of neural stem cells.

Other types of stem cells already have a certain degree of specialisation, and can only be transformed into specific and closely related cells (multipotent stem cells), such as the different types of cells in a tissue.

There are also stem cells that have already committed to being a specific cell type (unipotent stem cells) , but retain the ability to self-renew through cell division. This capacity for self-renewal is another distinctive feature of stem cells.

In summary, neural stem cells are self-renewing multipotent nervous system stem cells that are capable of generating both new neurons and glial cells (non-neuronal brain cells that serve as support and protection for neurons).

Neurogenesis in the adult brain: the controversy

Most research on adult neurogenesis has focused on one brain region: the dentate gyrus of the hippocampus. Neurogenesis in this brain area has been observed in all mammalian species studied to date.

In the adult human brain, this process of neuronal regeneration seems to occur in the hippocampus , a region particularly important for learning and memory, emotions, mood, anxiety or stress response.

Another area where evidence of adult neurogenesis in humans has been found is the striatum, a brain region known for its role in motor coordination, but also in other processes such as regulation of reward, aversion, motivation or pleasure.

The striatum has been identified as a key structure in higher cognitive functions, particularly in cognitive flexibility, the ability to adapt behavioural goals in response to changing environmental demands.

However, the controversy is served, since recent research has shown that the formation of new neurons in hippocampal structures declines in childhood and is very rare or nonexistent in adult brains.

The study, published in 2018 in the journal Nature, concluded that recruitment of young neurons in the hippocampus decreases rapidly during the first years of life, and that neurogenesis in the serrated convolution of this brain structure does not persist or is extremely rare in adult humans.

The explanation for the latter may lie in the fact that, although markers have been found that are frequently associated with new neurons, these markers can also be found in neurons that were born during development and have remained in the cells for years .

However, the opposite explanation has also been put on the table by neuroscientists in favour of adult neurogenesis, and it has been argued that the fact that new neurons are not observed does not mean that they are not there, but simply that we are unable to detect them.

In addition, this study also suggests that plasticity in the adult hippocampus does not require the continuous generation of new neurons; the brain may have a “reservoir” of neurons that never fully mature, or that mature slowly and can make changes, so that new neurons do not need to be integrated, the authors say. This hypothesis has yet to be tested.

Be that as it may, today there is no clear consensus in the scientific community as to whether or not neurons regenerate in adult brains . The evidence is contradictory and the most recent research seems to call into question decades of research on neurogenesis in adults.

So the only certainty we have at the moment is that there’s a lot of research to be done.