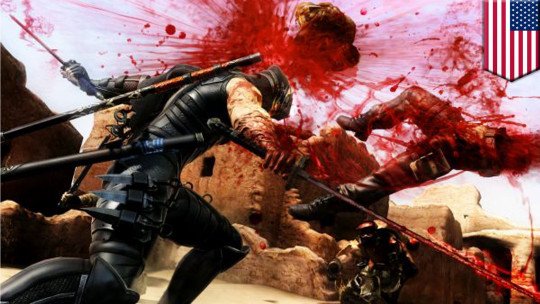 For many years, the media has fed the rumour that violent video games represent a major risk factor in the development of similar behaviour in young people.

Even for a while, it was alluded to that role-playing games were very dangerous tools because their players could come to believe the character they embodied was real.

Video games: do they make us more violent or aggressive?

Back in the spring of 2000, a 16-year-old boy brutally murdered his parents and his nine-year-old sister with a katana and, after his actions, was named “The Katana Killer”. Despite the seriousness of the crime, what made it tremendously media-friendly was the fact that, for a long time, the media claimed that the killer had committed his acts since he was strongly influenced by Squall, the main character in the video game Final Fantasy VIII, which led many people to stigmatize video games and role-playing games.

This article will not focus on how the media misrepresents information or on society’s reaction to the technological change brought about by video games. The text focuses on finding out the truth behind the binomial violence-video games in order to shed social prejudices and show the true correlation.

The Reality of the Consequences of Violent Video Games

The reality of the matter at present is uncertain due to the lack of studies on the subject. However, the evidence mostly supports that video games are not guilty of producing violent behavior in their players, beyond what a violent movie or a crime novel can produce.

The truth is, that over the years, the amount of video games with violent content has been increasing , as well as the explicit and realism of them. But it is even more certain that the level of violence among young people has been considerably reduced, in turn (C. J. Ferguson, 2010). Despite this argument, which for many would be highly enlightening about the reality of the involvement of video games in youth violence, there are authors who strive to prove the opposite, as is the case of Anderson (2004), who published a review of several articles in which he concluded that as more studies are conducted in relation to violence and video games, the relationship between them becomes clearer.

Studies for all tastes

On the other hand, other studies carried out by the research community assure that the relationship between video games and violence is highly exaggerated on an everyday level, as is the case of Tear and Nielsen (2003) who carried out three experiments trying to demonstrate that video games decreased prosocial behaviour or, in other words, the performance of socially accepted actions, obtaining results that denied their hypothesis. Another example of a similar study was carried out by Parker et al. (2013) who tried to prove their hypothesis that video games and television were strong predictors of behavioural problems and where they discovered that this is not the case with video games .

As we can see, there is a strong polarity regarding the violence generated by video games . This polarisation is built on the basis of the divergence of results shown by the different studies carried out on the relationship between violence and video games, which to a large extent could be explained by the limitations suffered by these studies and which we will comment on below.

The main reason why the results of the studies that assess the relationship between violent video games and the violence shown by young people are mostly due to the great difficulty in objectifying this type of research (C. J. Ferguson, 2010).

Measuring the level of violence is not an easy task and in fact, many standardized measures of violence, at the time of truth, do not correlate positively with actual aggressive behavior, which generates that in many cases, part of the results obtained are not one hundred percent true. In addition to this, l unfortunately video games are not at the moment an object of study that interests large masses of researchers , so that a large part of these studies are detailed studies, with low resources and therefore, only a small part of them manage to be published in magazines or mass media. To this, it should be added that in general, the effects of third variables such as gender, genetics, social context, etc. are not usually taken into account.

However, the most damaging and serious of these limitations is undoubtedly the apparent effort of many authors to aggravate the results obtained, exaggerating them or omitting those that are contradictory, in order to see their study published and doing a disservice to the community of researchers and the development of video games. Psycogaming’s view on the matter

Our view on the relationship between violence and video games is clear. Our training and our experience make us see that this relationship does not correlate in a significant way , being a low impact factor and always taking into account the sum of other much more serious factors such as the socio-cultural level or the presence of family violence.

In addition, we firmly believe, thanks to research such as that of Bartlett et al. (2009) or the aforementioned Ferguson (2010) and experience, that video games are powerful educational tools that are capable, when used correctly, of improving and enhancing cognitive abilities such as creativity, attention, concentration and spatial-visual performance, among others. Moreover, they are obviously very effective leisure tools and an alternative method to make young people read and think, which are currently strongly rooted in technology.