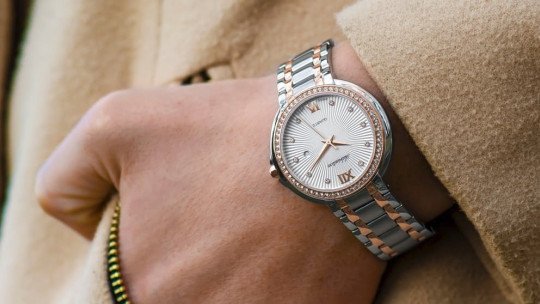 I’m going to tell you about an experiment carried out with children some years ago.

The procedure consisted of the following: two toys (robots, for example, that emitted sounds and flashes of light) were placed within sight of a baby, at a prudent distance. A transparent acrylic barrier hindered the arrival of the first robot, allowing the toy to be seen but making it difficult to touch. The arrival at the second robot was not hindered in any way.

As irrational as it may seem, most babies were heading as fast as they could to the first robot, and tried to grab it by trying to get over the fence . The most striking thing about this was that the higher the barrier separating the babies from the toy, the faster they crawled and the more energy they invested in trying to touch the robot.

When the hard gets irresistible

Strangely enough, babies showed a much stronger preference for toys that were difficult for them to reach.

This is just one example of a singular phenomenon that characterizes human beings and conditions their behavior from the very cradle: we react vehemently, putting up resistance, to everything that hinders or limits our personal freedoms and decision-making capacity. We like to be in control, or at least think we are.

The case of celebrities as something unattainable

Another good example is the stars of show business.

The truth is that most famous actors and actresses are, on average, neither more beautiful nor more intelligent than the average person walking down the street. The most beautiful women, I know, and I can speak for the simple authority that comes from being a man, are not in fashion magazines or starring in novels on television. On the contrary, I have seen them on public transport, in the neighbourhood supermarket, and walking the dog in the square.

If we are desperate to ask for an autograph or to have our picture taken with the sportsman of the moment who happens to be sitting at the next table in the restaurant we went to on Saturday night, or if we have lustful romances in our imagination with the runway model of the moment, it is largely because we perceive them as unique in their kind, and fundamentally unattainable . Yes, just as babies saw the toy robots behind the fence.

The Bible says that at the time of creation itself, even Adam and Eve screwed up, biased (and blinded) by the possibility of accessing the inaccessible. The couple of lovebirds could eat from all the bushes that populated the lavish paradise, except for the forbidden fruit. The rule was simple, clear and forceful; it did not give rise to further interpretation.

Well, of all the trees and apples available in the vastness of the divine prairie, which one did you find most appealing in the first place? Precisely, the only one that had been forbidden to you.

The same is true today for pure versions of any director of the seventh art, without the cuts imposed by the film production company, what is commonly known as “extended version”. The film that supposedly escapes the censorship that has been exercised over the filmmaker’s original work, is usually presented with a certain air of mysticism and exclusivity, is sold separately on DVD, and is always much more desirable to the general public.

Self-censorship is a phenomenon that many groups and political parties use to draw attention to the message they wish to convey.

Instead of seeking the massive dissemination of their proposals, they try to sell the idea of censorship exercised by the authorities or the government of the day. “They want to shut us up” and “they don’t want us to tell the truth” are supposedly characteristic anti-publicity phrases that exploit the typical human desire to obtain what is forbidden.

Everyone who knows me knows I’m a recalcitrant Simpsons fan. There’s an episode where the police chief has to go to an emergency. He’s at home, taking care of his son, as I recall. He is unable to leave him under adult supervision; before leaving he warns the little boy seriously that in his absence he can play with all the toys he wants, but that he must not in any way open the “mysterious closet of forbidden secrets” . Well, if the reader friend did not see the chapter or is not a fan of the series, he will already be imagining where the child rushed to as soon as the boss crossed the threshold of the door.

The case of the Argentine crisis and the corralito

Those who live in Argentina and have already reached a certain age, will remember the world famous “corralito” that in 2001 decreed who was the Minister of Economy at that time.

This politician ordered by the national chain that from that moment on, all those inhabitants who had personal savings in the banks, could only withdraw the absurd amount of $ 250 per week for any use they wanted to give to that money. What happened next went around the world.

People, who a week before had no intention of taking their money out of the bank, suddenly experienced the imperative to do so . The measure triggered a real collective desperation among the population to take into their own hands what legitimately belonged to them.

Social protests accumulated and chaos took over the streets. In a few days, the president of the nation had to resign, harassed and overwhelmed by a social outburst that ended with several deaths and dozens of wounded.

Once the crisis of that time was overcome, many years later, a different government in charge of the Argentine state dictated severe restrictions to the purchase of foreign currency, mainly dollars and euros, in what ended up being called “exchange traps”.

Buying tickets as if there were no tomorrow

Until that time, any ordinary citizen was free to acquire American or European currency from any bank without further requirements or conditions. Since the establishment of the clamp, the prohibition to buy dollars was practically total, so this strange psychological phenomenon appeared again on the scene.

With the green notes being restricted to almost everyone, they became the hard to get figure, which brought not only severe complications for the local economy, but also the proliferation of clandestine exchange houses everywhere , and the establishment of a parallel market that was soon out of control.

More than once I have seriously considered the possibility of mailing a copy of this article to the Casa Rosada. Or offer them psychological counseling. I can’t believe that after full years of first-hand experience, they keep making the same stupid mistakes over and over again.

Benefiting from the attraction of the difficult

On the other hand, those who did do things right in the 80s were the national rock band “Patricio Rey y sus Redonditos de Ricota”. They applied the concept we are discussing here today to perfection, and to their own benefit.

First of all, the Redonditos gave live concerts very sporadically. At most, they did so only once a year, which, thanks to the scarcity of supply, ensured that the recitals were always crowded.

As a corollary, they performed at points well away from Buenos Aires, where the greatest concentration of the public that followed them was to be found. Just like the acrylic barriers that made it difficult for babies to touch the toy, the Redonditos gave their concerts in La Plata, Mendoza, and even Uruguay , ensuring difficult access for many of their fans and therefore a greater degree of interest for their followers.

Surely some reader is thinking that in reality the Redonditos presented their shows in Uruguay to the delight of the Uruguayan public. Not really. That is a rather naive point of view on the matter and, strictly speaking, if there is anything that the members of the band and their production never sinned of, it was naive .

And this has been the case since the very origins of humanity, since the time of the caves, a context in which all the basic elements we needed to survive childhood, reach adulthood and be able to reproduce were scarce.

Today, practically everything that used to be difficult to obtain can be ordered by delivery in our own home. However, we continue to make decisions based on an unconscious mental premise, and that leads us to believe that what is achieved with effort, or has a certain degree of exclusivity , is more important or valuable to us, and we want it at all costs.