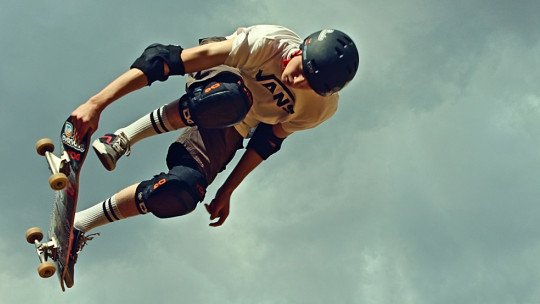 At this point, no one will be surprised to learn that regular exercise is good for your health. Among other things, we know that it can reduce overweight and obesity, that it strengthens bones and muscles, that it boosts the functioning of the immune system or that it reduces the risk of suffering from problems or metabolic disorders (such as type 2 diabetes) or even the risk of cardiovascular problems. But beyond the merely physical and physiological, since ancient times it has been stated that it also seems to be beneficial for the mental health of those who practice it.

What’s so real about this sentence? Does exercising improve mental health? Throughout this article we will make a short dissertation about this.

Mental health and physical exercise have been frequently related since ancient times, and there is evidence that physical well-being and regular exercise also improve the psychological well-being of those who practice it. Today, thanks to the advance of science, we have a much more specific knowledge of different aspects that have been shown to improve with exercise and some of its mechanisms: we know that sport favours the release of endorphins , that it improves our immune system and activation threshold and that it alters our brain chemistry in such a way that it makes us feel better and more active, among other aspects.

Recently, in a study carried out by different professionals during this same year and whose conclusions have been published in The Lancet Psychiatry Journal, the effect of exercise on mental health has been analysed and the situation of a large sample of American citizens has been compared with regard to their sensation of mental well-being .

Specifically, the number of days of distress and poor mental health reported by the subjects themselves was assessed, and it was found that, on average, those who exercised had a lower proportion of days in which they felt bad than those who did not (between three and four days of difference per month).

Although as a rule any type of exercise is positive for improving physical and mental health (including activities such as housework, although its effect is much less), the same study seems to indicate that some of the types of sport that are most beneficial for mental health are those that involve teamwork, aerobic or gymnastic exercise .

Likewise, clinical practice has shown that sport is indicated as highly beneficial for people with certain psychological problems such as depression, anxiety disorders, insomnia or even cognitive impairment. In fact, it is usually recommended at a preventive level or as a strategy to reduce the symptoms of various problems. Therefore, the answer to the question that gives the title to this article is a clear yes.

Aspects that improve with exercise

There is a great deal of research on the advantages of sport on our health, both physical and mental. In this last area, some of the improvements that have been seen and that make it highly recommendable for most subjects including those who suffer from some neurological or mental problem are the following.

It has been proven that physical exercise causes the release of endorphins, endogenous opioids that have a relaxing effect and induce a feeling of satisfaction, physical and emotional well-being.

2. Allows to improve self-image and self-esteem

The continued practice of sport also has an effect on body image, reducing weight and body fat and toning the body. This in turn has an impact on self-image and self-concept, feeling more attractive, energetic and agile and in turn increasing self-esteem . In addition, the fact of maintaining a constant routine and discipline makes us look more constant and capable of persevering and fighting for our goals.

Based on the above and as a consequence of the practice of physical exercise, it has been proven that it increases well-being and allows a better control and management of the state of mind, facilitating a positive emotional tone , more stable and more optimistic.

4. It slows down and hinders cognitive impairment

Largely due to the previous point, it has been observed that people who exercise regularly tend to be less likely to suffer cognitive impairment or dementias such as Alzheimer’s, or to slow down the deterioration in the initial stages of these.

Sport and physical exercise, in addition to concentration, requires and favours the ability to maintain a routine and to commit to doing something that involves continuous effort over time. Thus, it facilitates the appearance of a disciplined attitude that can be extrapolated to other areas of life.

Sport is a type of activity that moves a large number of people, being a hobby shared by many. This allows us to have points in common with other people, as well as facilitating contact with them. In addition, there are many exercises or sports, such as football or basketball, which have teamwork as one of their main bases.

We’ve all had some exercise at one time or another. After doing so we have probably felt tired and relaxed, and we can sleep more easily if we spend some time between sports and sleep. It has been scientifically proven that regular exercise makes it easier to fall asleep and makes it more difficult for insomnia to appear .

Although it seems to be the opposite of the previous point, the truth is that doing moderate exercise allows the person to clear himself and increase his energy level in the first moments, product of the alterations generated at a physiological level and in the brain chemistry (for example, it raises the level of cerebral noradrenaline).

In fact, although it allows you to get better sleep afterwards, it is recommended not to do physical activity together before going to sleep because of this factor. This increase in activity can also increase the level of motivation and involvement towards other goals.

Doing sport is a recommended activity when it comes to fighting substance dependence, since it makes it difficult and slows down the appearance of the desire to consume and generates endogenous endorphins that make consumption less necessary, as well as being an incompatible response to it. The influence in this sense is also linked to the alteration of circadian rhythms.

Another problem in which sport is usually prescribed is the suffering of stress and anxiety, since it allows for distraction and concentration on one’s own activity and on the moment makes it difficult to continuously ruminate on possible concerns .

Relaxing and breaking up with worries and thoughts, as well as the increased blood flow generated by exercise, allows new ideas and strategies to emerge more easily after sport, and can be more creative. Likewise, the increase in energy levels and motivation encourages us to be more proactive and caring.

Another advantage that has been observed is that sport increases the capacity for concentration and focus, as well as memory and general cognitive capacity . It has also been seen that this can result in an improvement in academic and work performance capacity.

It is precisely for these reasons that it has been observed that it is beneficial for those people with some kind of intellectual disability.

Too much is not good either

As indicated above, regular exercise is a great advantage for mental health, in addition to physical health. However, as with most things, too much exercise can be harmful . In fact, those who get more than three hours of exercise a day have a worse level of mental health than those who do not exercise.

For example, as with other activities involving an increase in dopamine and endorphins, excessive sport can lead to the acquisition of addictive characteristics. In this context, the subject may need increasing amounts of exercise to feel good, and feelings of discomfort and uneasiness may arise in the absence of sport.

It can also lead to an overestimation of body image, giving it too much significance and importance. It is even possible that problems such as vigorexia may arise in this context, in which an obsession for exercise appears in order to obtain a body that is as muscular as possible . Exercise is also used as a purging mechanism by people with eating disorders in order to burn calories and lose weight.

In addition, it can lead to overtraining syndrome, in which overtraining and not enough rest periods can burn a person. In this context, sleeping problems, loss of energy or motivation, irritability and low tolerance to frustration, decreased libido and lowered mood can occur, even leading to depressive disorders.

With regard to the question that gives rise to this article, the data observed by different studies allow us to conclude that, in fact, the regular practice of exercise improves the mental health of those who carry it out . Said improvement is perceptible in very different areas, including the prevention of cognitive impairment or even the improvement of the symptoms in subjects with mental disorders.

However, this exercise must be carried out in moderation and with realistic expectations. In general, it is recommended that exercise be limited to around 45 (between 30 and 60 minutes) a day between three and five times a week, this being the amount of daily exercise that most increases the level of mental health.