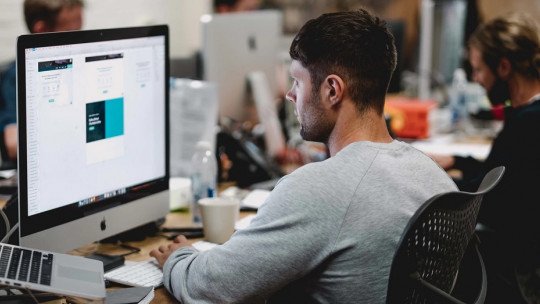 We live in an extremely competitive society, where a high level of performance and productivity is required in practically all areas of life and on a continuous basis. Work and access to the labour market is one of the areas in which this can be seen most clearly. Studies are another, especially at the university level: young students are under great pressure to pass and get the highest possible mark in order to stand out and be able to obtain the best job they can get in the future, sometimes even making marathon efforts in exam season.

The pressure can become excessive, to the point that some people decide to resort to some substances and drugs that are supposed to facilitate concentration and cognitive ability. One such substance is a psychostimulant drug called Adderall, which is intended for the treatment of various disorders such as attention deficit hyperactivity disorder. Is Adderall useful for studying and concentrating? This is something we will talk about throughout this article.

This substance acts by greatly increasing the levels of dopamine and noradrenaline at the brain level, being an agonist of the receptors of these neurotransmitters at the presynaptic level. It also generates an agonist action on serotonin receptors, but the effect on this neurotransmitter is much less.

Adderall is mainly thought of as a drug that, in small doses and correctly scheduled, allows the treatment of different alterations. Thus, the main application of this drug, which is available by prescription, is therapeutic.

Specifically, Adderall is indicated in the treatment of attention deficit hyperactivity disorder , generating in subjects with this disorder an improvement in their capacity for self-control, in the reduction of disruptive behaviour and in the focusing of attention. It also enhances their ability to motivate and concentrate.

This may seem counter-intuitive given that amphetamines tend to increase activity and energy and that on a symptomatic level many children with ADHD present great restlessness and energy, but it has been observed in those with this disorder that on a cerebral level there is a deficit and dysregulation of dopamine and noradrenaline in different cerebral nuclei.

Another disorder in which Adderall is indicated is narcolepsy, with some effectiveness in reducing daytime sleepiness.

But Adderall’s psychostimulant abilities have not only been employed therapeutically. Given that in populations without any of the above disorders the effects are similar to those of cocaine, it has been observed that is often used recreationally, due to its euphoric properties. Also, like other amphetamine derivatives, it has sometimes been used by athletes to enhance performance and reduce fatigue and tiredness.

Finally, since it seems to favour concentration ability, cognitive capacity, mental lucidity or even memory capacity, we are seeing that Adderall is increasingly used by students in order to enhance their study skills. In other words, it is used as a nootropic, despite the fact that its use should always be indicated by doctors . It is on this last application that we will focus.

Is it really good for studying?

The studies on the properties of Adderall as a nootropic agent have been investigated by different groups of experts, and it has been found that although Adderall generates an increase in some cognitive capacities, it also generates a harmful effect on others , in such a way that the global capacity of the subject does not improve too much. Likewise, through experiments with cases in which part of the participants consumed this drug and others were given a placebo, it has been observed that there were no statistically significant differences in the level of performance.

Specifically, in a recent experiment it was observed that subjects taking Adderall yes showed an increase in attention span and tended to give a greater number of responses (although this does not imply that they were correct), although in the execution of memory tasks they showed a worse performance.

An equally interesting result is the fact that the euphoric properties of Adderall generated a noticeable sense of activation and enhanced the subjective feeling of feeling better and more confident.

Other studies show that it increases the level of activity, energy and concentration, but that it seems to reduce the creativity of those who consume it by reducing sensitivity to new stimuli by generating hyper-focus.

Possible risks of use

Regardless of whether or not it has a nonotropic effect, when Adderall is used therapeutically the doses used are carefully measured by professionals who will guide a therapeutic dose that will reduce the side effects as much as possible. However, its use as a nootropic or stimulant drug is usually given in doses that are not controlled and do not take into account possible side effects, which can be serious.

Among its risks we can find the appearance of insomnia, nausea, vomiting and diarrhea, erectile dysfunction, depression (after the effect has worn off), irritability, headaches, hypersudation, lack of appetite and tachycardia. It can lead to heart problems such as arrhythmias, and in severe cases, can lead to heart attacks or strokes.

In high doses it can also generate neurotoxicity and loss of cognitive faculties, hallucinations and delusions and kidney problems. Likewise, at certain doses it is possible that Adderall can cause addiction (although at therapeutic doses this risk