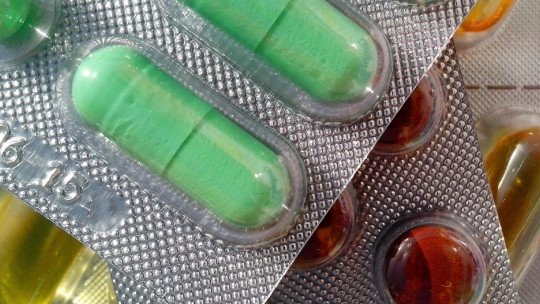 “The drug kills” is a sentence that has been used in numerous awareness campaigns and addiction prevention. However, this phrase, so often heard and repeated, hides aspects of substance use and obscures the perception of this problem. What makes a person sick, deteriorates and can kill is the way in which he or she relates to drugs.

And when we talk about drugs, we do not just mean the so-called hard drugs, such as cocaine or base paste, and we do not even talk about the illegal ones, because drugs are as much marijuana, illegal, as alcoholic drinks, tobacco or psychopharmaceuticals, legal.

If we stop from the classification of substances between legal and illegal, from a legal model, the consumer is left instead of the criminal, since buying and consuming something illegal implies committing a crime. From this perspective, we leave aside thinking of the consumer as someone who has a health problem, a desperate dependency on a substance.

Does the drug really kill?

The drug itself does nothing; it neither makes you sick nor kills you. It is one thing, inert, without life or entity, without power. It is a necessary component in a substance abuse addiction , but it needs a person to choose it, use it, abuse it or depend on it.

In any case, it is worth clarifying that there are many drugs with a high addictive capacity , such as base paste or cocaine; but beyond this “power”, which is necessary but not sufficient, certain conditions of the person will have to be met in order to enter into an addictive and dependent relationship with him/her.

The oft-repeated slogan “the scourge of drugs must end” demonizes it, gives it the capacity to be an active agent, which, like a virus, invades a person, understood as passive.

Two examples: the case of alcohol and psychotropic drugs.

If the drug is the one that generates dependency, with just a taste of an alcoholic drink, we would all become alcoholics . However, this does not happen, because it is not the drug itself that will determine this, but the relationship between the person (with social, biological, psychological, cultural factors that are intertwined) and the drink.

Now let’s talk about psychopharmaceuticals. On many occasions, psychopharmacological treatment is necessary , but with the proper professional supervision to make it really work.
The great variety of psychopharmaceuticals for different functions opens up the possibility of “resolving” different concerns and problems with the simple fact of being medicated. Taking medication without treatment is like lowering a fever with a fever reducer and continuing as if nothing had happened, covering up what the body is announcing that something is not working properly.

Not being able to sleep, feeling uneasy, being restless when alone or surrounded by many people, being in a bad mood or acting impulsively, has a possible solution in a little pill. However, it will be much more productive and healthy not to simply cover up the symptoms, but to investigate why we cannot sleep, what is happening to us or what happened to us so that we cannot tolerate being alone, why we feel these nerves when we leave the house… All these answers will not be found in a compulsive consumption of pills without a treatment that questions and heals.

If we consider the drug as the protagonist and culprit of addictions, we firstly dismiss other addictions that are without substances, such as addiction to sex, shopping, eating, or gambling, among many others.

Secondly, thinking about drugs as a scourge, social, national and global, leads us to see the addicted person as a passive victim and in this way we take away the responsibility for his actions and, therefore, the possibility he has in his hands to build changes and recover.