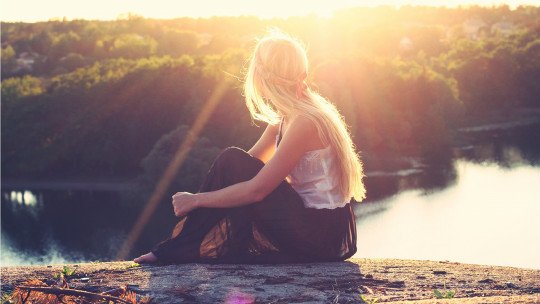 It happens almost every week: I leave the doorway of my house and, just when my face crosses the border where the shadow of the goal leaves the direct light of the sun, a tingling sensation appears that is born near the eyes and advances to the nose to end up becoming one or several sneezes.

It has happened to me since I can remember, usually when I have been in the shade for a long time and suddenly exposed to intense sunlight. It took me many years to know that this phenomenon is nothing like the “sun allergy” I thought I had, which is called reflection of sneezing in bright light , or photic sneezing , and which is fixed in the DNA of many people: 18% to 35% of the population experiences it.

False Allergy to the Sun

The idea that strange stimuli produce an uncontrollable urge to sneeze is often directly associated with allergy types. Perhaps this is why some people believe that their propensity to sneeze just after coming into direct contact with a powerful light source is due to some kind of strange allergy. This does not explain why they need to sneeze when they are illuminated and not during the whole time they are under that light source.

Both possibilities are very reasonable, since the propensity to the photic sneeze is a characteristic that is sufficiently minority to be considered strange but, at the same time, it does not give so many problems that it can be considered something similar to a disease. The reflex sneeze from bright light may be somewhat annoying on the rare occasions when it is expressed, but it is not a form of allergy to sunlight.

What is the photic sneeze?

The reflex of the photic sneeze is a genetically inherited characteristic that is expressed in the appearance of the impulse (automatic and involuntary) to sneeze when the area of the face is suddenly exposed to a source of intense light.

It is necessary to keep in mind that what produces these sneezes is not so much the intense light itself as the contrast experienced between the area with shadows in which you have been before and the area exposed to direct light in which you are after. That is why this false “sun allergy” is only expressed during the first seconds or minutes after moving to a well-lit place.

The causes of the photic sneeze

The phenomenon of the photic sneeze reflex is relatively common, as it could affect a third of the population, but despite this, more research is still needed on the subject to find out what triggers these sneezes.

However, possible causes of the photic sneeze reflex are being considered. The one that is most accepted is one that has to do with the trigeminal nerve, one of the brain nerves that comes directly from the brain without passing through the spinal cord that runs along the spine.

This set of neurons serves both to inform the brain of things that are happening in other parts of the body and as a channel through which the brain transmits orders to other organs. Specifically, one of the tasks of the trigeminal nerve is to detect signs of irritation in the nose in order to initiate the necessary steps to start sneezing immediately afterwards.

In people who have inherited the photic sneeze reflex, the trigeminal nerve may be closer than normal to the eye nerve in each half of the face, so it “intercepts” information from the eye nerve and confuses it with data from the nose. Thus, when you switch to sudden exposure to bright light, the trigeminal nerve would be taking this surge of sensory data as an indication that something is happening in the nose; hence the sneezing.

Is it dangerous to have this reflection?

Currently, the only context in which the photic sneeze is considered potentially dangerous is in the piloting of fighter planes .

The rest of us can simply add an extra precaution when driving , for example by wearing sunglasses, and celebrate the little eccentricities of our organism.