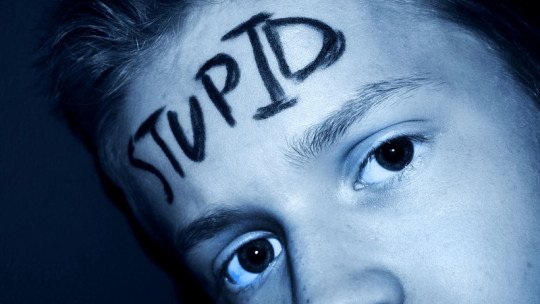 Do you think you are good at estimating your own abilities and knowledge? We don’t know you, but there is some research that makes us think that you are not, you are not very good at it.

The Dunning-Kruger effect: the less we know, the smarter we think we are

The inept criminal who tried to be invisible with lemon juice

In the mid-1990s, a 44-year-old Pittsburgh resident robbed two banks in his city in broad daylight, without any kind of attire or mask covering his face. His criminal adventure ended a few hours after committing both robberies, during his misdeed.

Upon being arrested, McArthur Wheeler confessed that he had applied lemon juice to his face, hoping that the juice would make him appear invisible to the cameras . “I don’t understand, I used the lemon juice,” he sobbed at the time of his police arrest.

It was later learned that the unheard of idea of the juice was a suggestion that two of Wheeler’s friends explained days before the robbery. Wheeler tested the idea by applying juice to his face and taking a picture to make sure of the effectiveness. His face did not appear in the photograph, probably because the framing was a bit clumsy and he ended up focusing on the ceiling of the room instead of his face covered with lemon juice. Without realizing it, Wheeler assumed that he would remain invisible during the robbery.

Months later, Cornell University social psychology professor David Dunning couldn’t believe the story of the intrepid Wheeler and lemon juice. Intrigued by the case, especially by the incompetence exhibited by the frustrated thief, he set out to conduct an investigation with a previous hypothesis: Could it be possible that my own incompetence made me unaware of that same incompetence?

A somewhat far-fetched hypothesis, but one that made a lot of sense. To carry out the study that would elucidate whether the hypothesis was true, Dunning chose a brilliant pupil, Justin Kruger, with the aim of finding data that would confirm or refute the idea. What they found left them even more surprised.

A total of four different investigations were carried out, taking as a sample the students of the School of Psychology of Cornell University. The subjects’ competence in the areas of grammar , logical reasoning and humour (which can be defined as the ability to detect that which is funny) were mainly studied.

All data were collected and the results were compared, to see if any sense of correlation was found. As you can imagine, very relevant correlations were found.

The researchers noticed that the greater the subject’s incompetence, the less aware he was of it . In contrast, the most competent and capable subjects were those who, paradoxically, tended to underestimate their competence.

Dunning and Kruger made public the results and conclusions of their interesting study. You can consult the original paper here:

“Unskilled and Unaware of It: How Difficulties in Recognizing One’s Own Incompetence Lead to Inflated Self-Assessments

Conclusions on the Dunning-Kruger study

The results of the scientific paper can be summarized in a series of conclusions. We can assume that, for a certain competence or with respect to a certain area of knowledge, incompetent people

Consequently, the individual who boasts of knowing how to sing like an angel but whose “concerts” always remain deserted is a clear example of the Dunning-Kruger effect. We can also observe this phenomenon when experts in some field offer deliberate and calm opinions and considerations about some problem, while people who are ignorant in the matter believe they have absolute and simple answers to the same questions .

Do you know any medical professionals? I’m sure he can tell you how he feels when a patient decides to take a medication not prescribed by the doctor, based on the misconception that as a patient he “already knows what’s good for him and what’s not”. Self-medication, in this case, is another clear example of the Dunning-Kruger effect.

Why does this phenomenon occur?

As Dunning and Kruger point out, this unrealistic perception is due to the fact that the skills and competencies needed to do something well are precisely the skills required to be able to accurately estimate one’s performance on the task.

Let’s give some examples. In the case that my spelling is exceptionally bad, my knowledge needed to detect that my level of spelling is very low so that I can correct my performance is precisely to know the rules of spelling. Only by knowing the rules of writing am I able to become aware of my incompetence, or in the event that a third party makes me aware of them, warning me of the spelling mistakes I have made in writing a text. Detecting my lack of skills in this area will not automatically correct my shortcomings in this area; it will only make me aware that my skills need more attention. The same is true for any other area of knowledge.

As for people who underestimate their abilities and competences, we could say that this occurs due to the effect of false consensus : they tend to think that “everyone does it the same way”, thus assuming that their abilities are within the average. However, in reality their skills are clearly superior.

Reflecting on the Dunning-Kruger effect

If there is anything we can learn from the Dunning-Kruger effect it is that we should not pay much attention when someone tells us that they are “very good” at something, or that they “know a lot” about this or that. It will depend on how that person feels about his or her own abilities that he or she may be wrong in one way or another: either because he overestimates himself or because he underestimates his capabilities.

When it comes to finding and hiring a person to work in a complex area about which we have little knowledge (a computer scientist, an architect, a tax advisor…) we lack the necessary knowledge to assess their level of competence in the field. That is why it is so valuable to consult the opinion of former clients or friends who are familiar with that specific area.

The curious thing about this psychological effect is that, in addition, those incompetent people “not only reach wrong conclusions and make bad decisions, but their incompetence does not allow them to become aware of it,” say Dunning and Kruger.

From this reflection, another equally or more important one emerges. Sometimes, the responsibility for the failures we experience throughout life is not due to other people or bad luck, but to oneself and one’s decisions . To do this we should carry out an exercise of self-evaluation when we come across one of these obstacles in some project or work in which we are immersed.

Absolutely nobody is an expert in all the disciplines of knowledge and fields of life; we all have deficiencies and ignore many things . Every person has a certain potential for improvement at any point in his life: the mistake is to forget this point.