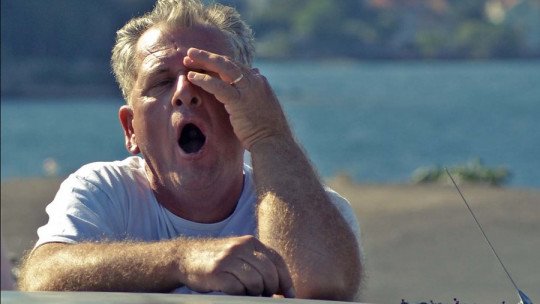 Dysautonomia is a disease that affects the autonomic nervous system and causes severe disability in the person who suffers it, with symptoms such as fatigue or fainting.

In this article we will see what dysautonomia is , what its symptoms are, how to classify the different types that exist and how to treat affected people.

Dysautonomia is a medical term that refers to a set of symptoms or a disorder produced by an improperly functioning autonomic nervous system , whose function is to regulate and coordinate body functions that are involuntary, unconscious, and automatic (such as blood pressure or body temperature).

This disorder generates in the patient significant difficulties to develop actions with normality, due to the alterations in the regulation mechanisms that it causes. Years ago this same disease was known as neurasthenia , and the most visible consequence is the decrease in the efficiency to perform or solve daily tasks, which can cause anxiety and depression disorders.

Dysautonomia implies a chronic and multi-symptomatic condition that causes a degree of disability in the person who suffers it. Although it is usually women who have a greater propensity to develop the disorder (in a ratio of 1 to 20 with respect to men), it can affect anyone.

People who suffer from dysautonomia usually present a series of common symptoms, caused by alterations in the autonomic nervous system, consisting of feeling of weakness, diaphoresis (excessive sweating), blurred vision and loss of consciousness in the most extreme cases. However, the most common symptom is chronic fatigue.

When these patients remain standing for a long time, it is common for them to have a feeling of faintness, similar to a hypoglycemic reaction. The person becomes pale and may faint or have syncope. The hands and feet tend to swell when they are immobile or when walking slowly or in excessive heat.

Patients suffering from dysautonomia generally have intolerance to cold , although they may also present with heat (due to inadequate thermal regulation). It is also common for them to complain that they tire easily and present a lack of motivation to carry out daily tasks.

There are different types of dysautonomia and they can be classified according to their aetiology, the neurotransmitter deficit or the anatomical distribution of the affected neurons.

According to its aetiology

Dysautonomies can be classified according to their aetiology into: primary, when the aetiology is unknown; or secondary, when they are the consequence of a disease that affects the autonomic fibres in a secondary way (for example, diabetes or amyloidosis).

Primary dysautonomia is a type of neurodegenerative disease in which central autonomic neurons, peripheral neurons, or both, end up degenerating and dying.

According to the neurotransmitter deficit

In the cholinergic type, patients present disorders in neuromuscular transmission . For example, in Lambert-Eaton myasthenic syndrome and botulism, acetylcholine release is deficient in both somatic and autonomic neurons, resulting in muscle weakness, loss of reflexes and general autonomic dysfunction.

In adrenergic dysautonomies, which are usually congenital diseases, there is a deficiency of the enzyme dopamine beta-hydroxylase. This type of dysautonomia is characterised by a lack of conversion of dopamine to noradrenaline . The most common symptoms are acute orthostatic hypotension, accompanied by ptosis, ejaculatory problems, nocturia, nasal congestion and hyperextensible joints.

The most common pandisautonomy is multisystemic atrophy, a neurodegenerative disease whose cause is still unknown. Patients suffering from this condition usually present an autonomic dysfunction combined with parkinsonism and a cerebellar and pyramidal deficit in different combinations. Signs of autonomic dysfunction include orthostatic hypotension, intestinal hypomotility, erectile dysfunction, urinary incontinence and respiratory disorders (sleep apnea and laryngomalacia).

According to the anatomical distribution of the affected neurons

Dysautonomies can also be classified according to the anatomical distribution of the neurons affected in the disorder. The main subtypes are: central (preganglion) and peripheral (ganglion or postganglion) dysautonomies; and localised and diffuse dysautonomies .

There are also characteristic clinical autonomic syndromes secondary to focal disorders of the central nervous system. Some diseases that affect the specific autonomic innervation of an organ (in particular, the pupil and the skin, due to hyperhidrosis and facial redness) and syndromes that cause regional pain, in which the autonomic nervous system could be affected.

Although there is no cure for dysautonomia, there are a number of actions that can be taken to prevent or alleviate the associated symptoms as much as possible. Let’s see what they are:

1. Do not stand for a long time

If the person cannot avoid it, there are a series of movements that can help him/her, such as : putting one foot in front of the other and then changing feet, stepping up and letting go several times; bending down (as if to buckle the shoes); or stretching the leg over a chair.

If you go to shopping malls or supermarkets, it is not a good idea to walk around them slowly. You should avoid staying in them for more than an hour, and if it is less, better.

3. Move your feet and knees frequently

When sitting on a bus or plane, try to move your feet and knees often, stand and walk (as much as possible). From time to time, it is advisable to adopt a position in hyperflexion from chest to knee and/or head between the knees .

Another measure that may help is to lie down after lunch or dinner, even if it’s only for about 15 minutes. This should be done whenever the person experiences symptoms of dysautonomia.

To avoid suffering the effects of dehydration, it is advisable to drink 2 to 3 litres of liquid (preferably water) daily, especially if the patient suffers from vomiting, diarrhoea, fever or excessive heat. Excessive use of diuretics should also be avoided.

Try to wear elastic stockings or socks with a pressure on the ankle of at least 20 mm Hg. This measure decreases the increase of blood in venous areas, due to inadequate vasoconstriction during standing.

It is very useful to perform moderate aerobic exercises , which improve blood flow to the heart (venous return). Exercises that require progressive standing for longer periods and activities in water are more beneficial.

8. Raise the head of the bed

It is convenient to raise the head of the bed 45º (between 15 and 30 cm, approximately), which reduces nighttime enuresis because the person remains in a supine position (on his back). A board can also be placed on the feet to avoid getting out of bed.

This is achieved by increasing the amount of salt in the meals , always taking into account that the person does not suffer from high blood pressure or kidney problems.

In the most severe cases , various drugs have been tested whose function is to interrupt the afferent or efferent pathway of the neuroanatomical reflex arc.

Mineralocorticoids may be used when the patient does not respond to increased salt in the diet. Beta-blocker medications, used to treat neurocardiogenic syncope, may also be used.

The use of alpha-adrenergic drugs has also been suggested, which produce vasoconstriction and would counteract the loss of sympathetic tone resulting from syncope.