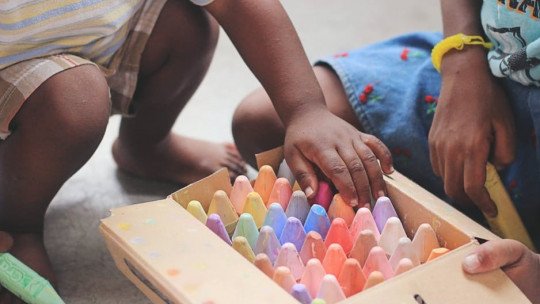 Believe it or not, there is evidence that human beings are already born with certain abilities to think in mathematical terms . For example, newborns are already capable of counting units in small quantities, which is the prelude to being able to add and subtract in the future.

However, just as we are especially prepared for mathematics, it is also true that in some cases this kind of specific mental processes can be affected by a disorder . This is what happens in cases where a type of difficulty called dyscalculia is detected.

Dyscalculia is a kind of learning difficulty that specifically affects math related mental operations and that cannot be explained by the presence of mental retardation or bad education.

In a manner of speaking, in the same way that dyslexia affects reading, dyscalculia affects the handling of numbers and arithmetic in general, especially in relation to the simplest mathematical operations, such as addition and subtraction. This is why dyscalculia is also known directly as learning disability in mathematics (LSD) .

It is very common for dyscalculia to be accompanied by other learning difficulties, such as dyslexia or dysgraphia. Therefore, in the DSM-V diagnostic manual, dyscalculia is part of a broader diagnostic category known as Specific Learning Disorders . Within this category, it is possible to specify which specific difficulties are manifested in each case, such as problems in reading and in the mastery of mathematics, only in writing, etc.

As for the symptoms of dyscalculia, these are grouped into several categories, and cannot be due to an injury or malformation linked to a known disease:

In some cases, people with dyscalculia les find it difficult to memorize the symbol that represents each number , or draw them in an abnormal way, such as upside down. Similarly, it is often the case that you are not able to order groups of numbers by writing them down from left to right.

Failure to learn about quantity

In dyscalculia it is very normal not to understand that a number is made up of groups of units , and not to create the idea of a number-object association necessary to perform basic mathematical operations, which is why we try to count with our fingers (the position of the fingers acts as a working memory).

As with learning disorders in general, the exact cause of dyscalculia is not known, probably because there is not just one but several that act together and feed back into each other .

That is why, for the time being, it is assumed that dyscalculia has a multifactorial origin in which problems of maturation of certain parts of the brain are involved as well as more psychological aspects related to cognition and management of emotions.

To understand this better, let’s use an example. The brain of a girl with dyscalculia will probably have directly affected areas of the brain in charge of working with numbers, but on top of that she will have got used to the idea that she is not at all good at maths , which will make her work less hard and consequently her results will be even worse.

It is important to note that psychologists and educational psychologists can intervene on the psychological aspects of dyscalculia, making the learning performance of those diagnosed better, or at least not worse.

Currently, very little is known about how untreated cases of dyscalculia evolve, although in the medium term it is known to be associated with psychological problems such as low self-esteem or the appearance of depressive symptoms.

However, dyscalculia can be treated from psychological and psycho-pedagogical work. This requires a process of cognitive restructuring related to the use of basic mathematics and self-concept.

This teaches the fundamental basics of mathematics without which no progress can be made, while discarding ideas that make learning difficult, such as the belief that numbers do not exist.