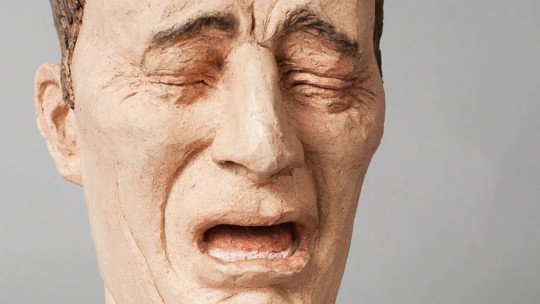 Dysesthesia consists of the appearance of unpleasant, often painful sensations , which are not objectively justified by a given stimulus. In this sense, it is related to other similar alterations such as neuropathic pain and allodynia.

In this article we will describe what exactly dysesthesia is and what its causes are , as well as five of the most common types of dysesthesia: cutaneous, associated with burning sensations, scalp, occlusal (or phantom bite) and genital.

The term &quot;dysesthesia&quot;, which comes from Greek and is translated as &quot;abnormal sensation&quot;, is used to name a perceptive phenomenon that consists of the appearance of sensations of pain, burning, tingling, itching or other discomforts without a causal stimulus intervening, while other times it is about altered perceptions of real stimuli.

By this definition dysesthesia would include, for example, painful sensations when brushing hair and putting on or taking off clothes, as well as the continued perception of tingling in the fingers or toes.

Most commonly episodes of dysesthesia occur in the legs and feet , although it is also common for these sensations to appear in the arms, on the face or as a feeling of pressure around the torso, both the chest and the abdomen.

Abnormal perceptions may occur punctually and briefly, but this is not always the case: in some cases dysesthesia is the sustained presence of a discomfort without an identifiable objective cause.

People who suffer from this symptom often report that is aggravated when they try to fall asleep, after exercise or exertion and as a result of changes in the temperature of the environment.

The sensations that are categorized as dysesthesia have a neurological origin. They are often due to injuries to the spinal nerves caused by disorders of the nervous system . In this sense many episodes of dysesthesia can be included in the general label of &quot;neuropathic pain&quot;.

Therefore, although intuitively many people with this symptom think that the damage is located in the skin (or another part of the body where they feel the pain), the truth is that the alteration is associated with the nerves.

A very common cause of dysesthesia is multiple sclerosis , which damages the myelin sheaths, interfering with the transmission of electrochemical impulses through the nervous system. This makes it difficult for the brain to interpret the perceptions it receives from the peripheral fibres and makes the conscious sensory experience abnormal.

Other factors associated with the development of dysesthesia include diabetes mellitus, herpes, Guillain-Barré syndrome, Lyme disease , strokes affecting the thalamus, withdrawal from substances such as alcohol, use of certain medications, and chemotherapy treatments.

On the other hand, there are authors who defend that dysesthesia has a psychogenic origin; from this point of view this symptom would be classified as a psychosomatic disorder, and has been related to alterations such as schizophrenia and other psychotic disorders . However, research confirms the presence of neurological lesions in many cases.

The scientific literature has collected different types of dysesthesia that are especially frequent or significant because of their clinical interest. Let’s see what each of them consists of.

Skin dysesthesia is a very common type of this disorder, since most episodes are associated with sensations in the skin. As previously mentioned, these include pain but also itching, tingling or burning .

It is common for people with dysesthesia to feel an intense burning sensation in different parts of the body, as if they were burning. A special subtype is burning mouth syndrome, a form of oral dysesthesia that is characterized by pain similar to mouth sores.

Dysesthesia also commonly appears on the scalp. In these cases patients report both pain and burning and other discomforts. Technically this is a subtype of skin dysesthesia, although it has also been studied independently.

Occlusal dysesthesia, also known as “ghost bite” , often occurs after dental surgery. It is characterised by an uncomfortable feeling of the jaws being forced in a similar way to a sustained bite and often causes severe pain when eating and drinking.

More cases of genital dysesthesia have been detected in men than in women. It is generally associated with a burning sensation; when the discomfort is located in the penis we speak of penile dysesthesia, while if the burning occurs in the scrotum we use the concept of “burning scrotum syndrome” .