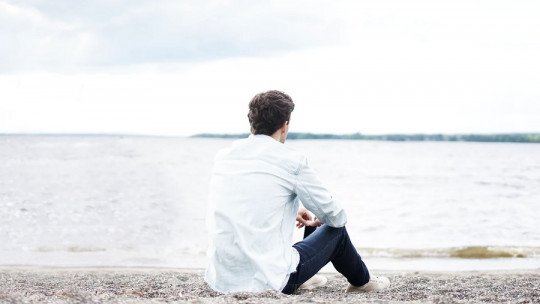 We know that reality can be interpreted in infinite ways, and that there is no single reality. However, it is also true that distorted information processing can lead to dysfunctional and erroneous thoughts, which can cause significant distress to the person who has them.

To address them, cognitive therapy is often the most widely used. In this article we will learn about the characteristics of dysfunctional thoughts , how they originate, as well as four effective techniques that allow us to work on and eliminate them, replacing them with more realistic and functional thoughts.

A. Beck pioneered cognitive orientation within the field of psychology, as well as cognitive therapy , and described dysfunctional thoughts as the result or product of distorted processing of reality. According to Beck, this erroneous processing (which he calls cognitive distortion) ends up producing a series of thoughts that are of no benefit to the patient, and which end up taking him further away from reality.

The basic characteristics of dysfunctional thoughts are as follows: they are specific, concrete messages; they are believed by the person despite being irrational and not based on evidence; and they are spontaneous, involuntary and therefore difficult to control.

An example of dysfunctional thinking would be thinking: If I go to the pool I’ll have a bad time (because he’s already gone and had a bad experience), orI’m sure I’m a terrible performer.

That is, end up being thoughts that do not bring anything good to the patient (that is why they are dysfunctional), that generate unnecessary discomfort and that only perpetuate more dysfunctional thoughts.

How do they originate?

As we have seen, to reach dysfunctional thoughts, the previous information processing must be wrong (or be distorted): these are the so-called Beck’s cognitive distortions.

Thus, the way of thinking of a person with dysfunctional thoughts will be characterized by the presence of systematic errors in the processing of information, which implies that reality is misinterpreted, or that we look only at a part of it to evaluate a more global aspect, etc.

How do they operate in the mind?

There are many types of dysfunctional thoughts, depending on their characteristics. In addition, a common characteristic of dysfunctional thoughts is that they end up favouring the perception and memory of stimuli congruent with the erroneous schemes ; that is to say, the person ends up focusing only on the aspects of reality that he or she already has distorted, establishing a kind of vicious circle.

In this way, the following would happen: the person misinterprets reality (drawing wrong conclusions, for example), looks more at the distorted aspects of it, and also remembers them more in comparison with other undistorted aspects.

Dysfunctional thoughts can occur in healthy people, and in people with a depressive or anxiety disorder , for example (in the latter two cases, these thoughts tend to be more frequent, intense, and numerous).

The result, both in healthy people and in people with some mental disorder, is usually similar (although it varies in intensity), and is a distorted view of reality, which results in a negative, maladaptive state or with depressive and/or anxious symptoms.

How can they be treated in therapy?

Psychological therapy, specifically cognitive therapy, is indicated to treat dysfunctional thoughts, especially when these are causing problems and/or significant distress to the person who has them.

From this, the aim is to help the patient to draw up a set of basic assumptions and more realistic thoughts , which will allow him/her to make inferences and evaluations of the vital events more appropriate to his/her objectives.

Cognitive therapy is usually used when the patient already has a certain level of functioning ; this we point out, because in the initial phases of depression, and more so if it is serious, it is frequent that the person shows himself to be totally apathetic and unwilling to do anything; that is why at the beginning it is better to opt for behavioural techniques that activate the patient, to later gradually incorporate the cognitive techniques.

The cognitive techniques are based on guided discovery (also called collaborative empiricism), which offers the patient an active role in his recovery and improvement, and in which the therapist will gradually help the patient to find his own solution, as autonomously as possible.

Within cognitive therapy, we find different techniques or tools that we can use to treat dysfunctional thoughts . Some of them are:

They originate from the interaction of the information provided by the medium, the patient’s schemes, their beliefs and the cognitive processes they employ. They are thoughts that are easily accessed (automatic) at the level of consciousness (that is, they come to mind quickly and automatically, practically without being processed). Thus, automatic thoughts are usually negative (Automatic Negative Thoughts [ANP]), especially in depression.

The recording of BAPs is a technique that is usually used in the first sessions of cognitive therapy, and that implies that the patient records daily the dysfunctional thoughts that he/she is having at each moment, with the aim of becoming aware of them, and clearly identifying what they are. This technique is applied initially to complement it with others that allow the exploration of these dysfunctional thoughts.

This second technique allows the patient to investigate new interpretations or solutions to complex situations.

Within it, the “two-column technique” is usually employed , where the patient has two record columns; in one of them he writes the original interpretation or dysfunctional thought he has in relation to a situation, and in the other he writes possible alternative interpretations.

This can help you explore new ways of interpreting things (more functional and adaptive ways), away from the initial dysfunctional thoughts that caused you discomfort and emotional states you didn’t understand.

This technique starts by questioning the evidence in favour of maintaining a certain dysfunctional thinking in order to generate more realistic or useful interpretations. These questions are posed to the patient:

Dysfunctional thoughts can be worked on from the patient’s responses; exploring why they originate, what determinants precede them, what alternative thoughts exist, etc.

In addition, the technique of the four questions facilitates the patient to maintain an active role in the therapeutic process , questioning himself about the veracity of his thoughts and looking for alternative explanations.

This technique allows the identification of the patient’s cognitive distortions (remember, a type of processing that ends up causing dysfunctional thoughts), in order to later modify the patient’s distorted or negative cognitions.