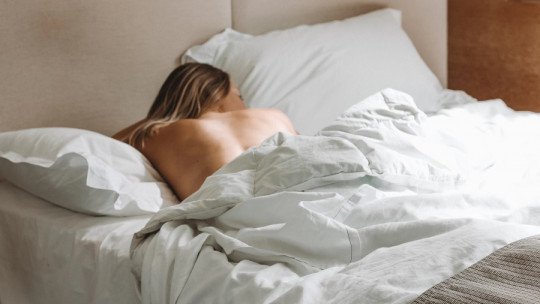 Sleep is a vital need that accompanies us throughout our lives. We spend an average of 25 years of our lives sleeping.

In fact, a good night’s sleep is fundamental to the normal development of our daily lives and is a very important factor in our quality of life. In this article we will talk about a group of sleep disorders: dysomnias . Among them, we will also talk about one in particular: insomnia.

What does dyssomnia mean for the person who has it? How can it be treated? Let’s look at it below.

Dyssomnias are disorders of the quantity, quality, timing and duration of sleep . They are psychogenic and primary sleep disorders, i.e. they cannot be explained by an underlying medical illness.

According to the DSM-IV-TR (Diagnostic and Statistical Manual of Mental Disorders), within the group of sleep disorders, dyssomnias are classified as primary sleep disorders along with parasomnias .

Unspecified dyssomnia includes restless leg syndrome (uncomfortable sensations in the limbs – mainly the legs – during rest) and nocturnal myoclonus (periodic movements of the limbs during sleep).

In DSM-5, however, the term dyssomnias disappears, and insomnia disorder, hypersomnia disorder, and narcolepsy remain as separate categories, without being within any particular group.

Symptoms and characteristics associated with insomnia

Insomnia is the most frequent dyssomnia in the general population . Studies establish that approximately 30% of the population has at least some of the characteristics of insomnia.

Based on the DSM-IV definition, the prevalence of people diagnosed with insomnia is reduced to 6%. According to the ICD-10 (International Classification of Diseases), between 1 and 10% of the adult population suffers from it.

The predominant symptom of insomnia is difficulty in initiating or maintaining sleep , or not having a restful sleep, for at least 1 month (DSM-IV-TR) (DSM-5 states 3 months). The associated sleep disturbance or daytime fatigue causes clinically significant discomfort or deterioration in the subject.

According to the ICD-10, symptoms must appear at least 3 times a week for at least 1 month. It is more prevalent in women and its prevalence increases with age.

There are three types of primary insomnia: onset (which appears when you start sleeping), maintenance (during sleep), and termination (where the main symptoms are early morning awakening and inability to fall back to sleep).

It is considered the treatment of choice. It is based on classical conditioning, and involves associating the use of the bed with sleep , by restricting activities that serve as signals to stay awake and fixing the time at which to wake up to stabilize the sleep-wake rhythm.

So the goal is to have the bedroom/bed associated with a quick start to sleep.

It is the second most effective for this type of dysomnia. One of the modalities applied is the Jacobson’s progressive muscle relaxation, where all muscles are relaxed to facilitate sleep induction.

It’s the third most effective. It consists of thinking precisely the opposite of what we want to achieve , that is, thinking that “we don’t want to sleep”. By reducing the pressure or anxiety associated with being able to sleep, as well as the discomfort of not being able to sleep, it is easier for sleep to occur naturally.

They include stimulus control techniques, sleep hygiene and cognitive techniques that help reduce the inappropriate cognitions associated with the disorder.

The aim of this technique is to produce a state of slight lack of sleep that facilitates falling asleep earlier , sleeping with fewer interruptions and achieving a deeper sleep.

The aim is to reduce the number of hours spent in bed by trying to bring them as close as possible to the time considered appropriate. Afterwards, the time in bed is increased until an optimal sleep duration is achieved.

They are a set of routines, recommendations and healthy habits before going to sleep , which should be applied in order to obtain a healthy and restorative form of sleep.

The ultimate goal is to sleep better, through the acquisition of better habits that allow for a healthy lifestyle or the change of those that interfere with sleep.