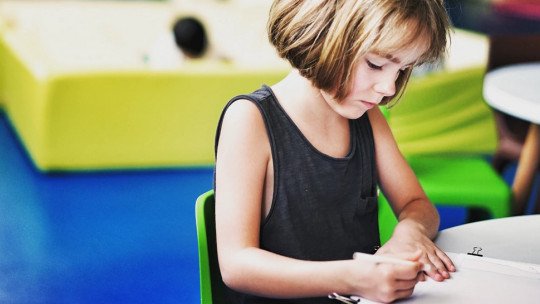 Dyslexia a neurological-based disorder affecting learning to read and write currently affects 10-15% of children worldwide. The main characteristic of this disorder is that it appears in children who do not have any other physical, psychological or sociocultural disorder that explains it.

Because of this high incidence, early detection of dyslexia through analysis of the symptoms is essential to prevent the child from suffering any kind of consequence both academically and socially.

The importance of early detection of dyslexia

As discussed above, detecting this disorder at the earliest possible age is essential to facilitating children’s learning and adapting teaching methods.

In this way we can avoid the frustration that can result from a child not achieving the goals set at school, as well as the lack of motivation and emotional consequences that often result from undiagnosed dyslexia.

If dyslexia is not properly detected, both the child and those around him may think that he is less intelligent than his peers , when in fact they usually have a normal to high IQ. However, this comparison may harm the child’s self-esteem.

Usually, the first symptoms of dyslexia tend to appear around the age of four or eight , the most common problem being that related to the vocalization of unknown words, the alteration of the order of the letters in writing or the lack of attention and concentration.

As a consequence of their difficulties, children suffering from dyslexia tend to become disinterested in school tasks or activities , even refusing to do them or go to school.

Although dyslexia can present itself in different ways in each child who has it, there are a number of common indicators that can help us identify it. As mentioned above, it is essential that both parents and teachers are able to identify these early signs or manifestations in order to intervene preventively .

Some of the early symptoms of dyslexia that may lead us to assume that a child may develop dyslexia are the following.

Children with possible dyslexia have difficulty developing in spoken language. They take longer to learn to speak, both to say single words and to make sentences. In addition, they have little verbal fluency and in many cases they tend to have some difficulty in understanding others..

As in speech, these children also have difficulties in learning to read and write .

In both oral and written language, children with dyslexia may show confusion or errors in words with phonetic similarity . For example, they may confuse boot and gout.

In the same way, they can suppress the phonemes of some words, confuse them or change the order of syllables according to the sound.

There is a clear poverty in the vocabulary of these children . This symptom is due to the difficulties they have in learning new words, many of which they obtain through reading.

Another very common early sign of dyslexia is mirror writing. This means that children who are learning to write can write the letters upside down , as if they were seen in a mirror.

As a consequence of the difficulties presented by the other areas, children with dyslexia tend to be distracted; presenting problems or alterations in attention and concentration .

All the above difficulties end up being reflected in the academic performance of the child . However, the academic level can present a great variability within a short period of time.

In other words, the child may have a time when he or she has no difficulty at school, followed by another time when inattention and problems with homework and activities occur almost daily.

A curious early symptom of dyslexia that helps in its early detection but that occurs in many but not all cases, is that the child manifests difficulties or problems with working memory . That is, they tend to forget many things that have been explained to them, in a very short time.

Once the first symptoms of dyslexia are known, their detection is essential to understand the child who suffers from it and to be able to intervene preventively. In this way, difficulties will be compensated and personal, social and academic growth will be facilitated.

Firstly, it is necessary to know that due to the great variability of symptoms associated with this disorder there is no standard treatment valid for all cases of dyslexia . Therefore, it will be necessary to adapt the interventions to the needs and demands of the child.

Therapeutic intervention, the collaboration of teachers , the use of new technologies and understanding and education from home, are some of the resources that can make a child with dyslexia obtain the same results and feel as integrated as any other peer.