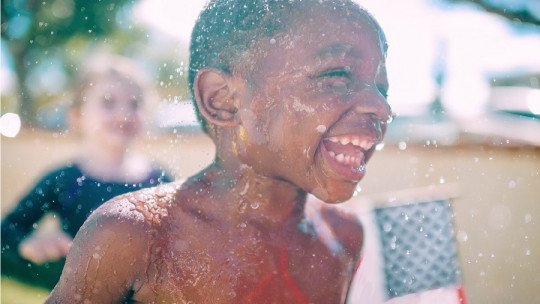 Making children and adolescents independent and autonomous persons is one of the main objectives that parents have set for themselves at some point in their lives.

And the truth is that although this process of educating young people to be more free sounds very good, it is not a bed of roses, and often presents great difficulties: rebellious adolescents who prefer not to make an effort, parents who unconsciously sabotage their children’s attempts to do things autonomously, lack of guidelines to follow, etc.

Below I will show keys to understand how the learning and education process should be in order to form more independent children and young people .

Part of the changes to be made to encourage independence in children must be made in the way of thinking and behavior of the adults who care for them. These are the guidelines that must be taken into account.

1. Believe in your ability

The first step in facilitating the autonomous learning process of children and adolescents is to believe that they are capable of doing so . Something that seems very simple in writing but, in reality, is not so simple; it involves seeing with other eyes both the behaviour of the children and one’s role as a parent or legal guardian.

A young person will not begin to act autonomously if the implicit message that he is being encouraged to do so is that this is a task for someone else to do for him, giving him orders or deciding what is to be done.

2. Losing the fear of the situation

Many parents stop their children’s autonomous learning unconsciously because they are afraid of what might happen . As the existence of an independent daughter or son implies that one loses control over what this person does, pessimistic ideas about what may happen can often assail our imagination. For example, one thinks of the dangerous friendships he can make, the drug use he can be exposed to, the accidents he can suffer because he is not careful, etc.

These ideas have such a strong emotional impact that, when parents see their sons or daughters beginning to gain independence, their attention is focused on these catastrophic thoughts, as if their existence were in itself a real danger . This leads to rumination, that is, thinking in a loop about what produces stress: in this case, the (relative) dangers of having more independent children than before. Adults feel bad because they imagine these situations, and imagine these situations because they feel bad.

To solve this, it is necessary to go through two phases:

It must be clear that the dangers faced by self-employed people because they do not have the constant vigilance of a protective figure are very relative, and that the real chances of these omens being fulfilled are very low. On the other hand, it must be remembered that the danger is much more likely to be raising a child who will remain helpless even after he or she has long since entered adulthood, if attitudes are not changed.

Managing the initial stress that in some cases may involve ederating more autonomy to children and adolescents becomes necessary in some cases. For this, you can read this article on what rumination is and how it can be neutralized.

3. Admit the need to try harder

Educating independent sons and daughters is one more task within the series of activities involved in the education of the new generations and, therefore, requires an extra effort . Although it may seem that constantly monitoring children and adolescents is a major inconvenience, in reality it is not: helping children to empower themselves means teaching them the tools to do so, and this is something that costs, especially at the beginning.

On the other hand, impatience and a desire not to spend too much time on an activity being learned makes many parents prevent the possibility of learning fundamental tasks such as dressing or bathing, in younger children, or shopping and maintaining savings, in teenagers. That’s why you have to keep in mind that the first few times are always slow and costly, and that “speeding up” those moments by intervening oneself on what the young person should be doing is a way of sabotaging learning, however convenient it may be in terms of one’s own comfort.

Therefore, parents and caregivers should bear in mind that often the lack of initiative and autonomy of their children is born from the fact that they themselves prefer to continue to exercise control, because that is more comfortable and simple, and that this attitude causes attempts to behave independently to be rejected and punished .

4. Knowing how to detect requests for independence

In their position as people who really know what is going on better than the children they are educating, parents and guardians often underestimate their own criteria and the requests of the children , believing that they know how to interpret better than them what they really want. This reasoning is fallacious and, furthermore, it is a way of creating a series of ideas about one’s own relationship with one’s children that will never be challenged or forced to adapt to the rhythm of their growth.

When a child says “I alone” when performing a task he or she is learning, it is necessary for the caregiver to spend at least a few seconds thinking about whether or not opposing this request is really reasonable. Similarly, it must be kept in mind that the requests for autonomy by the youngest children are very diverse and, in some cases, subtle, and that it is necessary to develop a certain sensitivity in order to be able to detect them. Strategies for youth-centered education for independence

Now that we have seen what attitude adults should adopt when educating young people and children to be independent, let us see how change can be promoted in the latter .

Something as simple as spending more time with young people is an ingredient that promotes learning exponentially. Of course, must be times when the time sharing is of quality : being in the same room watching two different screens with account, because there is no dialogue.

The conversations and games that appear spontaneously in these contexts are a source of knowledge that make the youngest see the world with different eyes, raise new questions and interest them in more subjects. The latter is essential, since curiosity is the engine of learning.

2. Find out about their tastes and interests

The most effective way to make children and young people interested in learning new activities that will give them more autonomy is to relate them to the themes that interest them , either by creating narratives in which the themes of interest and those that should be learned are framed, or as exercises in which both elements are found.

In some cases, incentive systems similar to token economy can be useful to encourage learning and independence : each time significant enough progress is made, a reward is given that should not be delayed.

Ideally, the rewards should be few and far between, and more symbolic than material, as they symbolise the achievement of a set of skills and abilities that are a consequence of the learning process itself, rather than being something entirely alien to it and therefore more related to intrinsic motivation.

This strategy, added to the previous one, can make incentives more attractive. For example, if the child is very interested in fictions based on a magical world, the rewards can be medals related to those fictional universes.