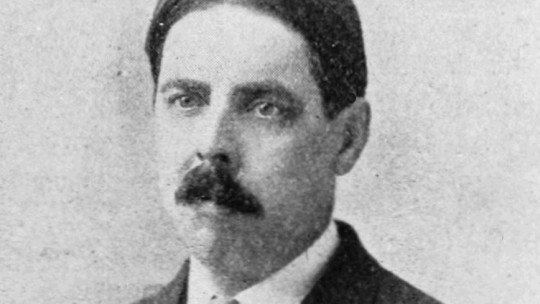 Psychology is not only focused on studying the human mind. For many psychologists, the representatives of the behavioralist current of psychology, the object of study is behavior, that is, the acts performed by a great variety of living beings, provided that these can be modified through learning. In other words, the study of animal behavior has also received the interest of many psychologists.

Although B. F. Skinner is probably the best known behavioral researcher, he owes some of his relevance to another scientist who worked some decades before him: Edward Thorndike. And of all the contributions that the latter made to the world of psychology, the so-called Law of the Effect of Thorndike is surely the most important. Let us see what it consists of.

The fundamental idea expressed by the Law of Effect is that, if a consequence perceived as positive (and therefore, satisfactory) occurs just after an action, it is more likely that the same action will occur again . On the other hand, if an unpleasant or painful stimulus arrives after an action, the possibilities of repeating that action would decrease.

On the other hand, this law was proposed to describe both animal and human behavior. One of the characteristics of behaviorism, which Thorndike helped inaugurate, was that by downplaying or even denying the functionality of consciousness in acts his schemes could be applied to many forms of life, practically all those capable of learning: mice, mollusks, etc.

Although Thorndike is not formally a representative of behaviorism, his Law of Effect is a concept from which the behaviorists worked to develop behavior modification programs based on contingencies, that is, relationships between stimuli and responses.

For example, operant conditioning can be understood as an extension of the Law of Effect. This concept is a form of behavior modification based on the way in which the association between an action and a consequence affects the learned behavior patterns.

For example, the psychologist B. F. Skinner used this type of conditioning to, little by little, reward the action of pigeons used in his laboratory by making them internalize chains of behaviors that would result in the performance of a more complex act. At first they are rewarded by pushing a small ball with their beak, and as they do that, they are given more rewards by performing complementary actions; in the end, they end up playing ping pong, receiving a prize for each point won from the opposite pigeon.

The Law of Hebb

In a way, Thorndike’s Law of Effect reflects a contribution made later by neuropsychologist Donald Hebb, the so-called Hebb’s Law. According to this, neurons that are activated at the same time have an increased chance of being connected at the same time in the future. In this case, a coincidence in time (the activation of nerve cells) influences a potential future event (the same activation pattern, later).

However, Edward Thorndike’s Law of Effect does not focus on a purely biological or neurological analysis of what happens in our nervous system, but is basically based on behavior, in the style of behavioral psychologists like John B. Watson.

Criticisms of the Law of Effect

The Law of Effect is a child of its time, and naturally its validity is not fully in force, although it was a valuable first step for behavioral psychology. The main criticisms that have been made against it have to do with its implications about what happens after an action has unpleasant effects .

For example, pain, in a sexual context, can act like pleasure in some people. There is a degree of uncertainty about which stimuli are aversive and which are not for a particular individual, especially since the language and abstract thinking typical of humans raised in society offer a new way of experiencing the most basic stimuli.

Another example of this can be found in the perception of physical punishment or even torture. For some heavily indoctrinated people, this kind of suffering may be desirable as a form of martyrdom, and so it is not impossible for exemplary executions to function as an incentive to break the rules, for example, through attacks based on religious fundamentalism.

On the other hand, it is also not clear what a desirable stimulus is; there may not be a universal reward that is equally valid for all individuals, and that is why in many cases it is necessary to ask first about what is desirable and, furthermore, about the type of reinforcers that are available in an individual’s “natural” environment: if someone is accustomed to receiving a reward that is only given in a laboratory environment, the behaviour it promotes may disappear.