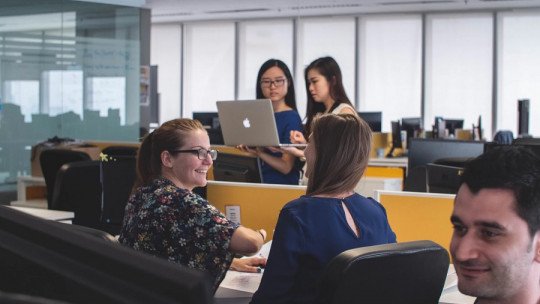 For years, organisational psychology has tried to explain concepts such as worker motivation and performance. Here we will know a theory that tries to explain what the achievement of a goal in the field of work depends on: Edwin Locke’s goal-setting theory .

This theory states that the intention to achieve a goal is a basic source of motivation at work. This theory is considered to be one of the most important theories about human resource management. Let’s get to know it in detail.

Edwin Locke is an American psychologist who developed goal-setting theory in 1968. His goal was to explain human actions in specific work situations .

According to Locke, an individual’s motivation to achieve his or her goals will be determined by the goals themselves or by the mere fact of having set them.

Edwin Locke defines a goal as that which a person strives to achieve. Goals are important for human beings because they motivate and guide their actions . Thus, according to Locke’s theory, the intention to achieve goals is a basic source of motivation for human beings.

The goals, moreover, drive us to give the best of ourselves, to have an illusion or aspiration and to improve our performance. According to Edwin Locke’s goal-setting theory, people seek and create their own goals through appropriate prior decisions . Once goals are established, people commit to achieving them.

For Locke, the best goal will be one that is accessible, realistic and possible.

Goal setting, by focusing on behavior, involves the development of a person’s motivation. Motivation will increase if the person shows self-efficacy, that is, if he or she thinks that his or her behaviors will lead to achieving the goal he or she has set. Thus, there will be a feedback between behaviour, goal and success .

Its application to Human Resources

Edwin Locke’s goal-setting theory focused on the field of Human Resources, i.e. the worker and organizations . Thus, according to the theory, goals tell employees what needs to be done or developed and how much effort will need to be invested. Locke related worker satisfaction in any organization to the achievement of goals.

The first step to start developing motivation towards a goal is to show willingness or intention to achieve it. The goal should be posed to the worker as a challenge , and will require some effort on his part. Motivation will favour the success of the task by increasing the probability that the worker will make an effort to achieve it.

Edwin Locke’s goal-setting theory states that goals need to be clear and achievable in order to maintain motivation. According to Locke, the conditions of goals are that:

In addition, the objectives or goals set for the workers should be interesting enough to arouse their motivation and mobilization to achieve them. Therefore, the organisations should encourage this interest and propose attractive tasks for the worker.

If the objectives are very general (not very concrete), ambiguous or abstract, the probability of motivating the worker to achieve them will decrease dramatically. In this way, establishing specific objectives that are congruent with the organization’s capacity increases the level of execution of the workers if we compare it with situations where the objectives have been vaguely defined.

Thus, the more specific an objective is, the more effective it will be in motivating the achievement of appropriate behaviour . This can be related to the participation of the workers in the company, since it will improve the efficiency and performance of the worker and, by extension, of the company.

Goals, according to Edwin Locke’s goal-setting theory, have various functions:

Target setting will be easier if a number of conditions are met :

Disadvantages of this approach

The disadvantages of setting goals are as follows: