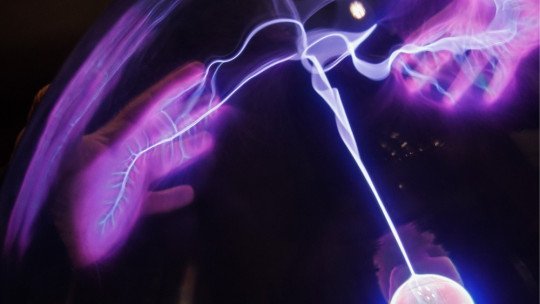 Fear is one of the oldest sensations and emotions in the animal kingdom and one of the most useful, though unpleasant, for survival. Thanks to it we can prepare ourselves to fight or flee to avoid dangerous stimuli.

However, sometimes an irrational or disproportionate fear of stimuli may appear, either not dangerous or although they may pose a danger, the risk of confronting it is not as high as feared. One of the latter is the panic that appears in electrophobia , about which we will talk below.

This is called electrophobia, a specific type of phobia in which there is an extreme fear or dread of electricity .

As a specific phobia that is the existence of an irrational and / or disproportionate fear of a stimulus or type of stimulation, in this case the aforementioned electricity. The exposure to the stimulus or the simple idea of coming into contact with it generates great anxiety in the person, to the point of generating physiological symptoms such as hyperventilation, tachycardia, dizziness, nausea and vomiting and may even experience anxiety crises.

The fear that people with electrophobia have is usually towards electricity or towards the fact of being electrocuted, although it usually extends by association towards most plugged-in electrical appliances . Occasionally, fear or phobia of thunderstorms may also appear, as an intimately related phobia.

The great fear and anxiety generated by the stimulus causes an active avoidance or escape from it and everything that may be related to it. In the specific case of electrophobia, the subject will tend to avoid approaching or using most electrical appliances, approaching high-voltage towers or lightning rods, or manipulating cables or the electrical installation of the home (for example, thermals). He will also tend to avoid plugs.

This avoidance is going to generate a great affectation in the subject, given the high prevalence of the use of electricity in our day to day. Many jobs or leisure systems can be highly anxious for these people , in addition to causing difficulties in the use or repair, if necessary, of tools, instruments or appliances. In some cases, there may even be anguish at the idea of using electrical elements necessary for the health of the subject, such as those devices that use electrodes, respirators or certain implants.

Electrophobia is a specific phobia that is highly disabling in a society like today’s. Its causes are not entirely clear, although there are different hypotheses about it.

The truth is that unlike other phobias, this fear is to some extent logical since it really does pose a danger: we can actually get electrocuted if we handle electrical appliances. However, this does not mean that the fear and avoidance of electronic instruments are not disproportionate to the real risk of electrocution.

The emergence of this phobia may be due to the experience of aversion linked to electricity: many of us have sometimes received a spark by handling electrical material, and in some people may appear the fear of what could have happened if the electric current was greater.

Also it is possible that electricity is associated with the experience of traumatic events : having seen someone die by electrocution (by accident or suicide), having lost a loved one for this reason, having had an accident that generated feelings of helplessness or that led the subject himself or his acquaintances to hospital, or even having been tortured. In these cases, pain and helplessness may be associated with electricity and fear and anxiety may appear in the presence of electricity.

Electrophobia can have serious repercussions on a patient’s daily life, so seeking effective treatment to address it is necessary.

One of the most successful therapies for treating this and other phobias is exposure therapy . To do this, an exposure hierarchy must be created, that is, an ordered list of anxiety generating situations must be drawn up. It is important to bear in mind that the objective is not to not feel anxiety but to acquire the ability to manage it (something that in the long run will probably cause the disappearance of fear and anxiety).

In this case we will obviously not electrocute the patient, but we can develop a hierarchy that integrates, for example, observing and being at different distances from an electrical plug or cables, plugging or unplugging devices, or using some device that requires electricity.

Light electrical stimulation in the form of light, controlled shocks that cannot cause harm could also be used in a controlled environment. It should be noted that some items that the patient can imagine should be avoided as they can be dangerous, in which case they should be reconsidered.

Once the hierarchy has been established, we will move on to a gradual presentation , starting with items that generate an intensity that does not generate excessive fear but that is challenging. The exposure to a specific item will be made until the level of anxiety before the exposure is greatly reduced and perhaps imperceptible in two consecutive tests.

Along with the previous therapy, cognitive restructuring is usually useful in order to work on the patient’s beliefs. This involves first observing the patient’s beliefs regarding electricity and the risk it involves, and working to find a less threatening and more realistic interpretation of the anxious situations with respect to possible risk.

In any case, it will always be necessary to assess what their fear means to the patient, when it originated and what is considered to have caused it. Also its consequences, both negative and positive. All this will allow us to work with both the above techniques and other alternatives.