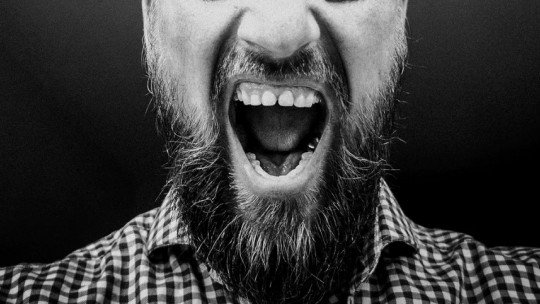 The act of vomiting, as well as the vomiting itself, is not one of the most pleasant experiences a person can go through, since it is usually associated with other discomforts or pains. However, it is a natural act that our body performs when it believes it must eliminate the agent causing the discomfort, so it does not always involve any pathology or disease.

However, there are a small number of people who experience an absolute and intense fear of anything related to vomiting. This is known as emetofobia, a specific type of phobia which we will talk about throughout this article.

Emetrophobia is a psychological condition categorized under specific anxiety disorders. Like other specific phobias, it is distinguished by the fact that the person who suffers from it experiences a deep fear of a specific object, person, or situation.

In the specific case of emetofobia, this exacerbated fear is presented by any vomit-related stimulus . Although anyone can manifest feelings of aversion towards it, in emetofobia the person experiences a deep sense of fear, which is also irrational, uncontrollable and remains over time.

Situations that may trigger this anxiety response in the person range from the act of vomiting, both one’s own and seeing others vomit, to the feeling of nausea that precedes the vomiting or the vomiting itself.

It is estimated that approximately 5% of the world’s population suffers from this exaggerated fear of vomiting and vomiting behaviour, with almost the same incidence in people of different ages and sexes, with cases reported in both childhood, adolescence and adulthood.

Some of the characteristics shared by most people with emetophobia include anxious personality traits, which tend to increase their level of tension and nervousness whenever they are in places such as health centres or with sick people, as they are faced with the possibility of seeing someone vomit.

Similarly, these people tend to alter their eating habits by eating only foods that they are sure they will not vomit . Sometimes this behavior can be so severe that it often leads to eating disorders such as anorexia.

The reason is that the person restricts the amount of food he or she eats daily or refuses to eat for fear of vomiting. This appears along with the feeling of anxiety that emetophobia causes every time they go to eat, which turns this act into constant torment and suffering.

What are the symptoms of this phobia of fear of vomiting?

Since emetofobia falls within the classification of specific phobias or anxiety disorders, its clinical picture is similar to the rest. The symptoms included in this diagnosis can be divided into physical symptoms, cognitive symptoms and behavioural symptoms .

As a consequence of the appearance of the phobic stimulus, in this case any stimulus related to vomiting, produces a hyperactivation of the nervous system . The product of this increased functioning is all kinds of alterations and changes in the organism.

Among the many physical symptoms the person may experience are

In addition to the physical symptoms, emetophobia is also distinguished by the presence of a whole repertoire of cognitive symptoms including thoughts, beliefs and imaginations about the possible dangers or harm that vomiting or the act of vomiting can bring.

The development of these ideas and deformed beliefs, appear in an irrational and uncontrollable way, driving the advance of this phobia. To these ideas are added a series of mental images of a catastrophic nature that flood the person’s mind.

Finally, the effect of cognitive symptoms is reflected in the appearance of a number of behavioral symptoms. In this case, the symptoms related to the person’s behaviour are manifested by means of avoidance and escape behaviours .

Avoidance behaviors are all those behaviors that the person carries out with the aim of avoiding the phobic stimulus. In this case, the individual may refuse to eat, eat excessively slowly or eat only selected foods, or refuse to go anywhere where he or she might witness something related to the vomiting.

As for escape behaviors, these appear when the person has not been able to avoid encountering any vomit-related event, so he will carry out all kinds of behaviors that allow him to escape from the situation as soon as possible.

Although trying to discover the specific origin of a phobia is a rather complicated task, in the case of emetofobia a large number of patients report experiencing very unpleasant or dramatic situations in which vomiting or the act of throwing up appeared in one form or another.

However, there are many other cases in which the person is not able to associate this fear with any traumatic experience , so it is hypothesized that there are other factors that can play an important role in the development and appearance of a phobia such as a genetic predisposition or learning by imitation.

In those cases where the phobia can become highly annoying or even dangerous, the patient can resort to psychological intervention, which can help to decrease the intensity of the symptoms to the point of making them disappear .

Although there are a multitude of psychological interventions and therapies that, carried out by a professional in psychology, can be effective. Cognitive-behavioral therapy has the best and fastest results.

This type of therapy usually includes three different and complementary types of actions. On the one hand we find cognitive restructuring, thanks to which the person manages to modify his thoughts and distorted beliefs.

In addition, techniques of live exposure or systematic desensitization are used by which the person is gradually confronted with the phobic stimulus , either live or using the imagination.

Finally, this is accompanied by training in relaxation skills that allows for lower levels of nervous system arousal and helps the person to cope with the feared situation or object.