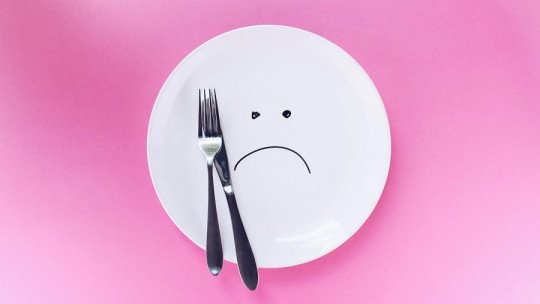 One day someone told me that there would always be people with obesity, and even though he mentioned it in a work context, the reality is that that phrase, besides being true, is not at all encouraging.

According to the National Health and Nutrition Survey (ENSANUT), in 2016, 73% of the adult population in Mexico was already overweight or obese; occupying the second place in the world behind the United States, according to the Organization for Economic Cooperation and Development (OECD).

The problem is known to lie in the kind of food we eat, the frequency and the amounts. However, there is a factor that, in some way, interferes with the art of good eating, since we do not always eat because we really feel hungry, sometimes it is done to cover up certain emotions. The latter is known as emotional hunger or emotional eating .

Physical or physiological hunger, once it appears, tends to increase gradually and can be satisfied with any type of food, so that a healthy meal can be chosen without problems . Once you eat, you don’t need any more, as you experience the feeling of satiety.

On the contrary, emotional hunger comes suddenly with a desire to eat a specific food , especially unhealthy food; however, once you manage to satisfy the craving, that apparent “hunger” does not go away, because you want to keep eating.

The relationship between hunger and emotions

From childhood, consciously or unconsciously, we associate food with emotions. For example, a baby’s feeling of security when drinking his milk in mommy’s or daddy’s arms; the rewards with sweets or unhealthy food for having obtained an achievement, be it good behavior or high grades. There is even a popular phrase that says: “the sorrows with bread, are less”, so we learn that sadness, abandonment, resentment, among others, are reduced with eating.

In situations of sadness or happiness, food can activate reactions in the brain that are pleasant . An example of this is chocolate, which triggers a compound called phenylethylamine, which generates a state of well-being. In addition, chocolate releases endorphins and serotonin, so it is considered a natural antidepressant.

As mentioned above, it is not a real feeling of hunger, but the unconscious desire to fill a void, which is not in your stomach… it is an emotional discomfort. In this case, the person cannot take charge of this discomfort , since, sometimes, he is not aware of it, so he confuses this feeling with hunger and tries to compensate it by eating.

On the other hand, there are times when the person becomes aware of those specific emotions, but has not made the decision to address them, so that dissatisfaction continues.

Perhaps if the person were to question that hunger he or she feels, he or she might conclude that it could be a hunger for affection, a need for a hug; perhaps a fear of being abandoned, of feeling lonely, of being rejected; or simply being in a moment of great worry or anxiety . No matter how hard you try, it is something that food can never satisfy, and consequently contributes to weight gain and causes feelings of guilt.

How Emotional Hunger is Satiated

The first step can be to realize what you are feeling or thinking at that moment when you are not satisfied; perhaps you are going through a situation in your life that generates worry, sadness, stress, happiness. Put a name to that which you are feeling, find out what thoughts are invading your mind, and what you need at that moment.

Go to the nutritionist. When it comes to food, you need to learn what the right portions are for you , as well as keeping track of the times when you have to eat. That way, you will be able to identify more easily when emotions start to get confused with hunger.

Work out. This will allow you, in addition to improving your health, to discharge negative emotions such as stress and anxiety . It also works as a natural antidepressant, releasing mood-enhancing endorphins and serotonin.
Seek help to work through that emotional discomfort. You can start by sharing it with someone you trust; if the problem persists, don’t hesitate to see a psychologist, who will provide you with the necessary help.

The main thing here is to pay attention to the emotional needs you may have. Otherwise you give your body an over intake of food, which ends up being harmful to your health. Listen to your body and attend to its needs. Give your emotional area the importance it requires, so that you can find the well-being you deserve.