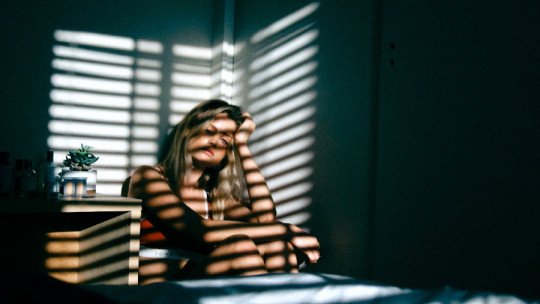 Emotions are indispensable for human beings . That is why psychology has always been interested in them, in how they influence our thinking, our behaviour, our relationships and even our mental health.

In the last decades, the concept of emotional intelligence has been gaining ground in the world of behavioral science since research confirms time and again that the correct expression and regulation of emotions favors the mental well-being of individuals. However, some individuals may have difficulties with their emotions. This is what is known as emotional mutism .

What is emotional mutism

Emotional mutism is a concept that is often used to refer to alexithymia, which is the inability to express one’s own emotions and may be the result of a neurological disorder or a pathology, e.g. dissociative disorder or post-traumatic stress disorder.

But emotional mutism does not affect all people equally, as there are two types of mutism: primary and secondary. Primary mutism is the most severe and is caused by an injury to the brain. For example, because of a stroke or multiple sclerosis. Symptoms of emotional mutism can also appear in individuals with autism or parkinson’s disease (during the early stage of development). Patients with ADHD may also have this disorder.

Secondary emotional mutism is that which has its origin in poor learning or is a consequence of some disorder that makes correct recognition and emotional expression impossible. For example, post-traumatic stress that appears after sexual abuse. Studies affirm that 30% of individuals affected with some psychological disorder can suffer from emotional mutism.

Symptoms of this disorder

Although emotional mutism may appear as the lack of emotional expression, the problem is much deeper, as the lack of expression also has to do with problems of identifying emotions and interpreting the mind of others (theory of mind), that is, their thoughts or emotional states.

In short, the symptoms of emotional mutism are:

Although emotional mutism does not appear in the DSM (Diagnostic and Statistical Manual of Mental Disorders), these symptoms are characteristic of many psychological disorders. Emotional mutism is not necessarily a pathology, but can appear as part of a disorder or as a consequence of some brain injury.

As I mentioned in the previous lines, emotional mutism can appear for different reasons .

The causes of primary emotional mutism are biological, that is, there is a neurological deficit that affects the connection between the limbic system and the neocortex, for example. The limbic system manages emotions and the neocortex could be said to be our emotional brain. However, primary emotional mutism can also be caused by a problem in communication between the right and left hemispheres. Very broadly speaking, we could say that the first one regulates emotions and the second one language.

The origin of these events may be hereditary, or it may be due to some neurological disease such as Parkinson’s.

This type of emotional mutism usually appears as a consequence of a traumatic experience in which the person has suffered so much that he or she may be affected. For example, in the case of post-traumatic stress caused by a rape or by the experiences of a war, etc.

However, emotional mutism also appears as a symptom of other psychopathologies or poor learning, for example, in the case of depressive disorder, poor emotional education or different eating disorders.

Treatment of emotional mutism can be complex, mainly because the patient will rarely seek help, but a family member or friend will be involved in the request for assistance. The reason that the affected person does not seek help is because of a lack of awareness of the problem. This makes the family indispensable in these cases. Only with their cooperation and support can the treatment have an effect.

Because the causes can be varied, so can the treatment. However, the intervention is usually carried out with three options: the administration of drugs (when the individual suffers from primary emotional mutism), psychotherapy and a planned life strategy (that is why family support is so important).

Psychological therapy may be different depending on the type of emotional mutism , as those treatment strategies focused on improving emotional intelligence, may only be effective for secondary emotional mutism.

The development of empathy has also been shown to be effective in patients affected by ADHD. In these cases, some of the activities that can be carried out are