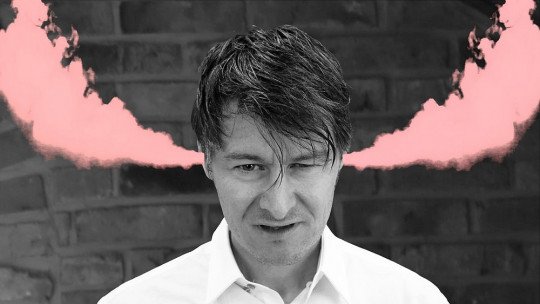 The emotions exert a great force on us and influence our thinking and our behaviour, and therefore have a great weight in the study of psychology. In recent years, different theories have emerged that try to explain the how and why of human emotions and, moreover, in the world of psychology, emotional intelligence has been gaining ground because of its benefits for people’s well-being and emotional development .

Article to deepen: “The basic emotions are four, and not six as believed”

Emotions: what exactly are they?

Emotions are usually defined as a complex affective state , a subjective reaction that occurs as a result of physiological or psychological changes that influence thought and behaviour. In psychology, they are associated with different phenomena, including temperament, personality, mood or motivation.

The most important theories of emotion can be grouped into three categories : physiological , neurological and cognitive .

Physiological theories suggest that intracorporeal responses are responsible for emotions. Neurological theories propose that activity in the brain leads to emotional responses. And finally, cognitive theories argue that thoughts and other mental activities play an essential role in the formation of emotions. The evolutionary theory of emotion has its origin in the ideas of Charles Darwin, who stated that emotions evolved because they were adaptive and allowed human beings to survive and reproduce . For example, the emotion of fear forced people to fight or avoid danger.

Therefore, according to the evolutionary theory of emotion, our emotions exist because they serve us to survive. Emotions motivate people to respond quickly to an environmental stimulus, which increases the chances of survival.

In addition, understanding the emotions of other people or animals also plays a crucial role in safety and survival. This is one of the best known physiological theories of emotion. Independently proposed by William James and Carl Lange, this theory suggests that emotions occur as a consequence of physiological reactions to events . Another well-known theory of emotion is that of Cannon-Bard. Walter Cannon disagreed with the previous theory for various reasons. First, suggested that people experience the physiological reactions associated with emotions without feeling the emotion . For example, the heart can be accelerated because you practice sport, not necessarily because of fear. In addition, Cannon suggested that we feel emotions at the same time as physiological reactions. Cannon proposed this theory in the 1920s, but physiologist Philip Bard, during the 1930s, decided to expand on this work.

Specifically, this theory suggests that emotions occur when the thalamus sends a message to the brain in response to a stimulus, causing a physiological reaction. At the same time, the brain also receives a message about emotional experience. This occurs simultaneously. This theory is part of the cognitive theories of emotion, and suggests that physiological activation occurs first . Then, the individual must identify the reasons for this activation in order to experience the emotion label. A stimulus triggers a physiological response that is then interpreted and cognitively labeled, which becomes the emotional experience.

Schachter and Singer’s theory is inspired by the two previous ones. On the one hand, like James-Lange’s theory, it proposes that people infer their emotions from physiological responses. However, it differs from this one by the importance of the situation and the cognitive interpretation that individuals make to label emotions.

On the other hand, like Cannon-Bard’s theory, it also holds that similar physiological reactions provoke a wide variety of emotions. According to this theory, thought must occur before the experience of emotion . Richard Lazarus was the pioneer of this theory, so it is often called Lazarus’ theory of emotion. In summary, this theoretical artifact states that the sequence of events first involves a stimulus, followed by an emotion.

For example, if you’re in a forest and you see a bear, you’ll think you’re in danger first. This causes the emotional experience of fear and the physiological reaction, which can end up in flight.

This theory states that facial expressions are connected with emotional experience . Some time ago, both Charles Darwin and William James noticed that sometimes physiological responses had a direct impact on emotions, rather than simply being a consequence of the emotion. According to the theorists of this theory, emotions are directly related to the changes produced in the facial muscles.

For example, people who have to force their smile in a certain social environment will have a better time than those who have a more neutral facial expression.

The relationship of emotions to well-being

Numerous studies affirm that emotional intelligence is key to people’s well-being, since self-knowledge, emotional regulation or empathy positively affect the psychological well-being of individuals, as well as personal relationships or development at work or in sports.

To learn more about emotional intelligence, we recommend reading the following articles :