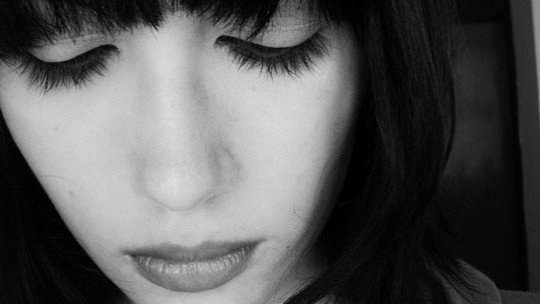 Mood disorders and especially depression are, after those of anxiety, the most frequent in clinical practice.

As a problem that greatly affects psychological and emotional well-being and can be tremendously disabling, the study and classification of different types of depression is of great importance. One of the classifications that have been proposed throughout history is that which divides into endogenous and reactive depression, depending on whether its cause is internal or external .

While it is currently considered unreliable to divide depression into these two groups since external factors will always affect it in one way or another, evidence has been found that there is a type of depression apparently caused by biological elements that has a particular cluster of symptoms. That is to say, the presence of endogenous depressions, also called melancholic-type depression is considered to be true .

As a rule, when we talk about depression we usually refer to the disorder known as major depression. This disorder is mainly characterized by a sad and depressed mood , abulia and anhedonia and multiple other symptoms. These characteristics are generally shared by all depressed people.

However, endogenous depression has a number of characteristics of its own that make it a distinct subtype. In endogenous or melancholic depression the symptoms presented by the subjects tend to focus on elements of the vegetative and anhedonic type. That is to say, they are symptoms linked to the lack of initiative, to the inaction.

The main characteristic of this type of depressive disorder is a very marked anhedonia or lack of enjoyment in the face of stimulation at a generalized level, together with a high level of passivity and lack of reactivity. Although anhedonia is also a frequent symptom in major depression, in endogenous depression it is much more marked. These individuals do not identify their mood as sad or depressed but experience a different sensation that they are not able to fully explain, usually feeling empty.

It is also common for them to present a certain psychomotor delay , in the form of both physical and mental slowing, and a certain internal agitation and irritability. Individuals with this disorder often feel a high level of anxiety and guilt, being one of the types of depression that poses a greater risk of suicide. It’s also common for them to have sleep problems such as early waking.

Another element to take into account is that it tends to present a seasonal pattern, being more frequent during the winter , and in general depressive episodes tend to repeat themselves in a more recurrent manner than in other typologies. In addition, there is usually some morning worsening of symptoms and mood.

Some causes of internal origin

When we think of someone who is depressed, we usually think of someone who, due to a painful event in his or her life or lack of reinforcement in different life domains, develops a negative pattern of thinking and behavior that leads to the appearance of the depressive disorder. This is a consideration that has been thrown around by most theories that attempt to explain the origins of depression.

This is not the case with endogenous depression. Although it is true that in an indirect way the psychosocial aspects will affect the mental state of the individual , the person with melancholic depression does not have a serious difficulty nor is it generally not reinforced. In fact, it is frequent that this type of individual feels bad, but does not know or have a reason for it. This among other elements causes the person to feel guilty, which worsens the subject’s state and is in fact a frequent characteristic of this subtype of depression.

The main cause of this disorder is biological . However, by biological we don’t mean that it is a product of a disease (which would in fact make the diagnosis not be depression), such as infections or tumors. The problem would be found more at the level of brain metabolism, speculating with the presence of genetic factors as a cause of the disorder. Thus, the brain would naturally have problems in secreting or correctly using hormones such as serotonin.

The treatment of choice is the use of antidepressants, with tricyclics appearing to work best in the case of endogenous or melancholic depression. This type of antidepressant is characterized by acting by inhibiting the reuptake of serotonin and noradrenaline in the brain, in a non-specific way that affects other hormones such as dopamine.

Another treatment that appears to be highly effective in endogenous depression is electroconvulsive therapy, in which a series of electrodes are placed on the patient’s head and then a series of electrical shocks are applied. However, this is an intervention that has nothing to do with the strong electrical shocks used in psychiatric centers decades ago. Today, very low intensity, painless shocks are used.

This therapy is highly effective in improving depressive symptoms. It is applied in cases where a rapid therapeutic response is necessary , such as those associated with high suicidal ideation and depressions with psychotic symptoms, or as an alternative to pharmacology when this type of treatment is not sufficiently effective.

Although it has traditionally been seen as a tremendously aversive type of therapy, today it is performed with controlled intensity discharges and in a painless (since general anesthesia is applied beforehand) and safe (their vital signs are monitored and watched) manner.

Fortunately, with these treatments a large number of people with endogenous depression show a high level of improvement, most of them having a high rate of recovery.