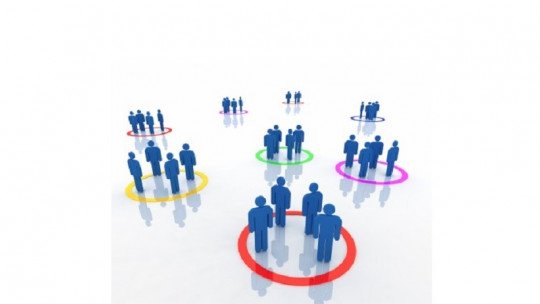 Studies on endogroup bias have allowed us to explain why and under what circumstances members of a group tend to rate their own group (the endogroup) more positively, in contrast to the negative rating they give to a different group (the ex-group).

Next we will make a brief review of the concepts of endogroup and exogroup, to later review some of the theories that from social psychology have explained the phenomenon that we know as endogroup bias .

It is very common to hear that humans are social beings, but what do we mean by this phrase? Generally we mean that our processes of identification and construction of personality have to do with the links we establish with other people.

Such links take, for example, the form of norms of behavior, roles, affections, rivalries, among other elements. Not only that, but these elements allow us to recognize ourselves as competent members of a social group (that is, as people who are part of it). At the same time, they allow us to establish differences with the other members , and thus, to think of ourselves as individuals with unique characteristics.

The one with which we identify and of which we feel competent members, is the one we know as the endogroup (“endo” means “within”). But, for a group to recognize and identify itself as such, it is necessary for it to establish a difference (which can be complementary or antagonistic) with the other groups. The latter are what we know as the exo group (“exo” means “outside”). It is then in the network of inter-group relations where a great part of our psychological and social development is formed .

Endogroup bias (or endogroup bias), is also called endogroup favoritism. As the latter name suggests, it is the tendency to favour or value more positively the behaviours, attitudes or preferences of endogroup members, compared to those of ex-groups. It is about establishing a favouritism towards the members of the endogroup , even if this implies a detriment of the characteristics of the exogroup.

As is easy to imagine, the latter can have important effects on discriminatory attitudes and behaviour, i.e. a psychosocial rejection of the ex-group. And, in contrast, an esteem or overestimation of the endogroup. But not necessarily: to explain this, some theories of social psychology have distinguished between “endogroup bias” and “exogroup negativity”, where the latter makes specific reference to the exercise of violence and discrimination by the endogroup towards the exogroup.

Although they are related, these are different phenomena, where the power relations and the majority-minority categories established between the endogroup and the exogroup are related.

To explain why this happens, social psychology has resorted to the study of inter-group relations of categorization in identity formation. In other words, it has been necessary to study how identity is formed through the establishment of a series of categories, in which both the cognitive bases and the links between members of different groups participate.

Why does it happen? Explanations from Social Psychology

There have been many theoretical proposals from social psychology that have explained why the members of a group tend to value their own group more positively ; and how this valuation is related to the negative evaluation of the other group.

We will now briefly explain some of the theories that have given explanations for endogroup bias.

The theory of social identity and self-concept

The British psychologist Henry Tajfel developed important studies on categorical perception in the 1950s. Among other things he analysed the effects of categorisation on discriminatory behaviour. Later, in the 1970s, Turner and Brown reformulated these studies and finally developed the Social Identity Theory and the Self Categorization Theory.

In very broad terms, what they did was to propose that, in order to form an identity, it is necessary for the process of categorization with determined cognitive components to occur . In other words, many of the elements that define our identity have to do with belonging to different groups and social categories. Therefore, self-concept (the image we have of ourselves) is built through social identity, always related to categories and roles.

Thus, self-concept and self-esteem are strengthened through identification with social groups; thus, they are a reflection of the norms and practices expected in a particular group. In this sense, endogroup bias occurs as a way of maintaining self-esteem by intensifying the differences between the endogroup and the exogroup (what is known as the accentuation principle); this requires identification with a social group and also comparison with others.

Through the thieves’ cave experiment , Muzafer and Carolyn Sherif showed that a competitive context favours the increase of hostility of the endogroup towards the exogroup.

In contrast, an environment where tasks requiring interdependence prevail and where members of different groups pursue common goals can reduce such hostility. According to their research, endo-group bias and negative attitudes towards the ex-group arise when group members have to compete with limited resources .

That is, when members of a group tend to value members of the group itself more highly than those of the ex-group. This occurs especially when the endogroup belongs to a social minority . Some research has also suggested that people from more collectivist cultures tend to judge their own group less favourably than the ex-group (although they value its members positively individually); and people from more individualistic cultures rate the endo-group more positively, and each member more negatively.