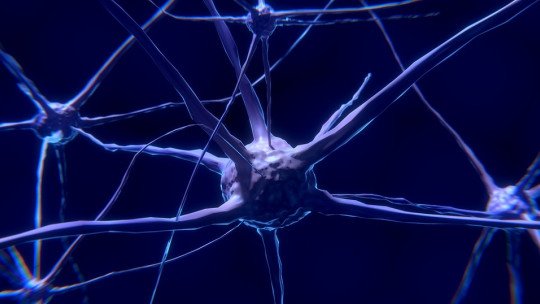 We had a traffic accident, a red car hitting our vehicle. This accident caused us a series of injuries from which we ended up recovering, but at the cost of great suffering and anxiety. The day arrives when we take the car again, and we notice that in front of any red car, we shiver and get very nervous. The reason for this is logical for most of us. However, what is not so well known is what generates it at the brain level.

In other words, we know that various neurons will be activated, which will generate different effects, largely mediated by the limbic system. But how exactly do these neurons relate to each other in order to be able to react in a concrete way to situations similar to experiences already lived? In this sense, there are neuronal circuits that are formed throughout development and life, and that after being formed remain more or less stable: we are talking about engrams .

Engrams: what are we talking about?

By engram we understand that stable neuronal structure generated by stimulation, whether external or internal, and which is linked to the activation of specific responses, whether unconscious or conscious. The engram is the group of neurons, or neuronal circuit, which is activated by the perception of certain information .

Another common term for this type of structure is the neural loop. In short, it could be understood as the biological basis of a fingerprint or functioning scheme derived from experimentation, as the set of brain changes resulting from learning and that which we memorize. This would be the process of forming specific neuronal connections that when activated reproduce the subjective experience that generated the event that gave rise to them.

The engrams can be both sensory and motor, being in them the basic programming of how to perceive or act upon the stimulation. Both can be related. Although the formation of engrams is unconscious, these structures generate and influence both conscious and unconscious processes. They can trigger the generation of thoughts, emotions, movements or activation of physiological mechanisms.

In our brain there are a large number of these structures, the engrams being generic neural structures that participate in a large number of mental and physiological functions . It is a system that generates synaptic facilitation and connection between different neurons, generating a closed circuit that reacts to stimulation, in turn awakening other engrams that react and generate different responses.

The formation of engrams takes place before the codification of the experience and the neuronal activation that this generates. Repeated exposure to certain stimulation or to derivatives of this causes specific neurons or nerve pathways to be consistently activated. The information that activates them can come from very different pathways or sensory modalities.

At the cellular level, the presynaptic neuron axon generates the excitation of the post-synaptic neuron repeatedly, which eventually generates a change in both in such a way that the efficiency of their intercommunication is improved. It also allows more synapses to be established , reinforcing the circuit and connecting with other loops that generate a response to the stimulation.

At the neurotransmitter level, the communication of the neurons that are part of an engram is mainly carried out by acetylcholine, although other hormones such as noradrenaline also have some effect.

However, it is necessary to take into account that in order for the engram to be fixed , it is considered necessary for there to be an activation of the limbic system , especially those regions linked to motivation, due to the need to give importance to a fact in order to generate automatisms.

Your role in the memory

Engrams have an important role in allowing information to be stored in a stable manner and in remembering previous information: they are stable neuronal structures, which will be activated in a certain way and will continue to function in the same way unless changes are introduced or new synapses are born.

They are fundamental in allowing the storage of memory , being therefore the biological base on which the repetition of certain behaviours or ways of reacting to certain situations are based. The engrams make us sensitive to concrete stimuli and facilitate reactions to them in previously learned ways.

For example, this means that a person who has suffered some kind of aggression or abuse has generated changes that make them react to similar stimuli (for example, physical contact by someone of the sex of the attacker, even though the person who is now approaching us is not attacking us and has no bad intentions) with fear or defensiveness.

This is not why we are saying that all engrams correspond to negative or traumatic experiences, but also to those that generate very positive emotions. For example, a child ends up generating engrams that relate the maternal or paternal figure with feelings of security and protection, which is why he may feel bad if they are not there or seek their closeness in case of discomfort.

Not just in memory

So far we have mainly talked about the engram as a brain circuit linked to learning and memory . But the truth is that engrams are not limited to that sphere: if we think of engrams as brain circuits that are activated by information, aspects such as perception, motor skills (how to walk for example), knowledge (including the theory of mind), language, experience and emotional expression are also determined (although modifications and changes can be introduced) by these structures.