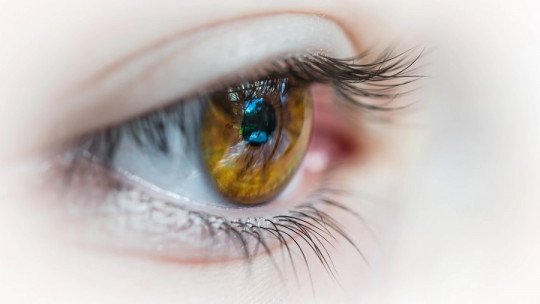 Hypnosis in psychotherapy is widely used; through it, a pleasant state of wellbeing and relaxation is obtained, which promotes active thinking. One of its creators was Milton H. Erickson, who developed the so-called Ericksonian Hypnosis .

This is considered a type of self-hypnosis that favors connection with oneself and access to unconscious resources and abilities. In this article we will know how it originated, its characteristics and premises, benefits, functioning, uses and applications in the therapeutic context.

Milton Hyland Erickson was an American doctor and psychologist who was born in 1901 in Nevada. Erickson was one of the creators of hypnosis; he developed hypnotherapy and proposed innovations and changes in this type of therapy.

It all came about because at the age of 17 he suffered from polio, which left him paralyzed and bedridden. The doctors thought he would die. However, Erickson began using self-hypnosis methods to recover, through a mirror, which proved effective in blocking conscious thoughts, for example. It was from there that his Ericksonian Hypnosis was born.

Hypnosis can be understood in two ways; on the one hand, as a type of psychological therapy , and on the other, as that state of unconsciousness or relaxation reached through a hypnotic process (or the process of hypnosis).

This state is similar to sleep, and is achieved through the suggestion and submission of the person’s will to the orders he receives from the hypnotist or therapist. Erickson developed certain adaptations and innovations to the “classic” hypnosis to create his own method: the Ericksonian Hypnosis. Let’s see what it consists of.

Ericksonian Hypnosis: What is it?

Ericksonian Hypnosis is a type of scientifically proven hypnosis, focused on focusing conscious attention in a full manner . The results it produces are similar to those obtained through meditation or Mindfulness.

On the other hand, Ericksonian Hypnosis is used in psychotherapy and other fields (coaching, Neurolinguistic Programming [NLP] sessions, education, sports…), and it focuses on promoting a trance-like state in the person.

We can experience trance states in a natural way ; for example, when we are very relaxed, distracted or absorbed, or when we are doing a journey that we know perfectly automatically and without activating the consciousness (for example with the car, on the road). Other examples of trance occur when we read, listen to music or create art.

Ericksonian Hypnosis aims to obtain these trance states so that the person is more aware of his abilities and the resources he possesses , through access to his most unconscious part.

For Ericksonian Hypnosis to be effective, in its application, a series of fundamental premises proper to the technique must be taken into account:

The first premise holds that all people have, within themselves, the necessary resources to resolve their conflicts; that is, that we all, in a way, “have a psychologist within us”. Ericksonian Hypnosis helps us to access these resources.

2. Potential of the unconscious

According to Ericksonian Hypnosis, the unconscious is a very powerful source of resources, where important memories for the subject are also stored. The unconscious is always sending messages to the outside , through our body, our words, our trance states…

These are verbal and non-verbal messages that we must be able to detect and understand in order to access our most unconscious side.

Ericksonian Hypnosis is based on experiences, rather than on theoretical knowledge or explanations . According to Erickson himself, living an experience will always be more effective than listening to an explanation.

Not all people respond equally to Ericksonian Hypnosis. The response we give will be influenced by our previous beliefs, by our experiences, habits, thoughts, etc., and that is why it will vary enormously from one person to another.

In this state, the unconscious mind is more accessible, more present, and takes on a more prominent role. Through the access to it, Ericksonian Hypnosis tries to create new possibilities in the subject to face challenges, changes in behaviour and habits. Thus, it also promotes the learning of new behaviors and new patterns of behavior.

Erickson himself defines Ericksonian Hypnosis as a communicative process with the mind and with oneself , through which the person “manages to concentrate on his own thoughts, memories, beliefs and values he has about life”. Ericksonian Hypnosis is an active learning process that seeks to reach a state of trance, which in turn allows access to unconsciousness and to make the most of one’s personal resources.

Ericksonian Hypnosis, as we have mentioned, is actually a type of self-hypnosis. Self-hypnosis is learned to develop by oneself (through adequate training), and is a process that facilitates a balance between the two cerebral hemispheres, through the empowerment of the corpus callosum (brain structure that links them).

Once this technique has been learned, with proper training it becomes easy to put into practice . Furthermore, it can be used at almost any time and in different settings.

As we said at the beginning of the article, this practice has been shown to be effective in different studies, and to produce effects similar to those obtained from mindfulness or meditation techniques.

Moreover, Ericksonian Hypnosis enhances the connection with oneself, through the concentration and direction of the energy and attention in the inner world, diverting them from the external stimuli. The aim is to create a link with one’s own self and to connect body and mind.

Ericksonian Hypnosis is a tool that has multiple uses and purposes in psychotherapy. Mainly, it can be used to induce states of relaxation, and for the patient to know and experience different hypnotic trance states . It is also used to generate emotional states in the patient, which can be of well-being, for example.

On the other hand, Ericksonian Hypnosis also allows access to the unconscious of the person, momentarily blocking the most rational and conscious part of his mind. This facilitates the emergence of repressed thoughts and memories that are currently affecting the person’s well-being.

This type of hypnosis also allows to catalyze and induce processes of change in moments of crisis, for example, as well as to facilitate decision making and manage painful moments or processes. In fact, it is a technique that has been proven effective to reduce pain in people with fibromyalgia , for example.

One of the objectives of Ericksonian Hypnosis is for the person to regain control over his emotions and thoughts, and to feel secure and firm in his decision-making processes.