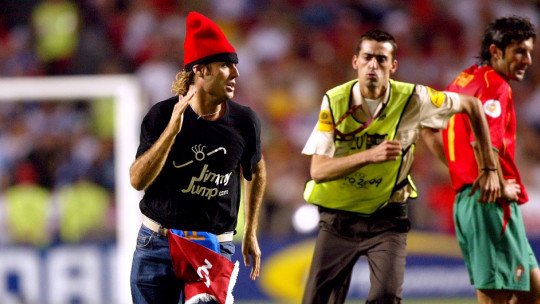 It is known that social relationships change the deepest aspects of our way of being. Thanks to the existence of others, for example, we learn the ability to use language, thanks to which we are able to think and even develop an identity, a concept of “I”.

Sometimes, however, the existence of a civilization in which standing out from the crowd is considered a feat can lead to behavior that is at best forcefully outlandish and at worst criminal. This phenomenon by which some people decide to do anything, however extreme, to become famous, can be called Erostratus syndrome .

Erostratus was a Greek shepherd from the city of Ephesus. But unlike other great historical figures of ancient Greece, he was neither a renowned intellectual, like Plato or Aristotle, nor a politician and military man like Pericles, nor a renowned merchant.

If we know today that during the Hellenic world of the 4th century BC there was a specific man called Erostratus, it is because he wanted to be remembered for millennia. To go down in history, the Greek Erostratus decided to burn one of the most beautiful monuments of the Mediterranean: the temple of Artemis of Ephesus, one of the seven wonders of the world .

Despite the fact that when the motivations of this humble shepherd became known, it was forbidden to mention or register his name to prevent future generations from knowing of his existence, the result is obvious: Erostratus wanted fame at any cost, and not even the most terrifying threats prevented him from achieving his goal; far from curbing his popularity, the prohibitions fed his legend.

A case of Streisand effect

The phenomenon whereby prohibited information is disseminated precisely because of the ban imposed on it is called the Streisand effect. The case of Erostratus fits perfectly into what centuries after her life and death was known by the singer’s surname, but that is not what draws the most attention in the history of Greek.

What is fascinating is that, on the one hand, someone can direct his whole life towards achieving fame, and that this can come as tragically as it is actually easy: the only price to pay is one’s own life.

Unfortunately, there are two conditions that make the history of Erostratus repeat itself many times, thus giving rise to the Erostratus syndrome.

On the one hand, globalization makes the distance between anonymous citizens and celebrities immense : it is impressive to think of the number of people who know referents like Shakespeare or, in recent years, Lady Gaga and the like. On the other hand, there are a great number of people who live in an apathy or in a degree of alienation that can lead to the perception of social recognition as the maximum objective to which one can aspire.

In reality, the society of the spectacle, in which it is easy to obtain fame through quick, relatively effortless and shocking acts, makes the Erostratus syndrome easily in the target: fame comes, if one wants it.

It is possible to create viral phenomena, acts that occupy the front pages of many websites and newspapers, and all this moved simply by the fact that you wanted to be there. Other people see it, observe how those who have sought popularity have achieved it, and take note of it.This, on the other hand, is a mechanism that serves both for more or less innocuous acts, such as creating a funny video, and for those that cause pain, such as certain types of attacks .

The same society that teaches that having the attention of others is desirable, gives the tools for everyone to know that personal history (or a distorted version of it, but a history of its own, after all). Social networks are burning, newspapers are spreading all sorts of related information, and there are even ways to get the word of mouth out through the use of mobile phones or even live broadcasting.

It is clear that you cannot control what others think about you, but to a certain extent you can manage to slip into the stream of thoughts of others , to break into the consciousness of others even if those others have not sought it. That’s why the story of Erostratus is still relevant today.