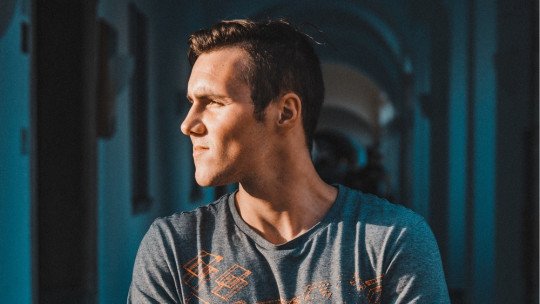 Romantic love, or the feeling of being in love with another person, is one of the most turbulent and mood-changing experiences a person can have. Love can alter and transform the way a person thinks, speaks and behaves, and can become an immense source of well-being when it is reciprocated.

However, what happens when one person becomes obsessed with the idea that the other is also in love with him when, however, the reality is different? This alteration of thought is known as erotomania , and in it the person is fully convinced that his love is reciprocated, even if there is no proof of it.

Erotomania is a rare form of paranoid delirium currently classified as Erotomanic-type Delusional Disorder . The content of this delirium is characterised by a deep conviction that another person, usually of a higher social class or rank, possesses romantic feelings or is in love with the delusional person.

These beliefs or perceptions that the other person possesses a series of romantic emotions towards the patient are completely unfounded, since, in addition, in most cases the real contact that exists between these two people is practically nil.

The patient may come to believe that there is some kind of invisible and mystical communication between the two, blaming the other for sending signals of love or provoking these beliefs.

This disorder, traditionally known as Clerambault’s Syndrome, was widely described by this French psychiatrist in 1921 in his treatise Les Psychoses Passionelles.

Usually, the most common cause of erotomania is related to suffering from affective disorders, organ-cerebral or schizophrenic disorders . These disorders encourage in the person an erroneous perception of reality, as well as a misinterpretation of their experiences, which leads them to create a passionate delirium with any person for whom they feel a fixation.

There are also a number of risk factors that may favor the origin of this rare disorder. The most important are social isolation and extreme loneliness, sexual inhibitions and the use of toxic substances such as drugs and alcohol.

The typical epidemiology of this condition focuses mainly on single, extremely lonely women over the age of 30, but there are also records of erotomania in men with the same characteristics.

Although, due to its uniqueness, there is not much current scientific literature on erotomania, a number of common features can be observed in patients suffering from it . These characteristics are:

1. A delusion common to all patients

Unlike most delusional disorders, in erotomania the basic delusion of all patients is that someone else is in love with them .

During the development of the disorder, the patient may be convinced that the same person is in love with him/her for a long period of time , the longest known case recorded being 37 years; or, the patient may alternate different people, who substitute each other in similar delusions.

3. Illusory communication with the other person

During his delusions, the patient is convinced that the other person, the center of his delirium, is communicating with him through hidden messages, strange signs and clues or gestures that the patient interprets in any way.

In a large number of cases, the patient has the conviction and perseverance that the other person was the one who initiated the contact or the one who started the “love affair”.

5. Higher social status of the other person

As a general rule, the target of the patient’s delusions is usually a person of a higher social or economic status , even affecting famous people, politicians, etc.

As in many other delusional disorders, the patient constructs a series of strange theories that allow him/her to remain in his/her delirium, being more and more complicated as the person who is the object of the delirium denies or rejects outright the ideas or approaches of the other.

7. There does not have to be a real contact

The person at the center of the patient’s delusion doesn’t have to be someone they know first-hand. He or she may be completely unaware of the patient’s intentions or thoughts, or may be tormented by the patient’s constant attempts to contact him or her.

A person affected by erotomania may obsessively attempt to contact the other person by phone, mail or email or even by stalking.

Although most people with this disorder rarely come to mental health services, erotomania requires psychotherapeutic intervention in line with treatments for delusional disorders .

Nowadays, these treatments imply an approach both psychological and pharmacological , in which psychologists and doctors must coordinate and work to improve the mental health of the patient.

Although the intervention may undergo some change depending on the severity or the disposition of the delirium, the objective of psychological therapy is to establish the patient in reality, also aided by pharmacological therapy by means of the administration of antipsychotic medication, antidepressants or euthymizing drugs.

It is necessary to point out that although the intervention in patients with erotomania manages to diminish the amorous delirium, at least in 50% of the cases, this does not usually disappear completely, constituting a chronic condition.

One of the most renowned cases of erotomania, which became famous worldwide, was that of John Hinckley Jr. in 1981. During his delirium of love, Hinckley ended up committing an assassination attempt on the American president Ronald Reagan .

After the failed assassination attempt, he stated that his motivation was to dazzle the well-known actress Jodie Foster , for whom he felt an obsession derived from her erotomanic delirium. The central idea of Hinckley’s delirium was that the assassination of President Reagan would cause the actress to publicly declare her love for him.

Before the attack on the president, Hinckley had already carried out obsessive and persecutory behaviour towards the actress through constant phone calls, letters and sudden appearances in all the places where the actress was.

Finally, Hinckley was acquitted on the grounds of psychological disorders and was committed to a psychiatric facility.